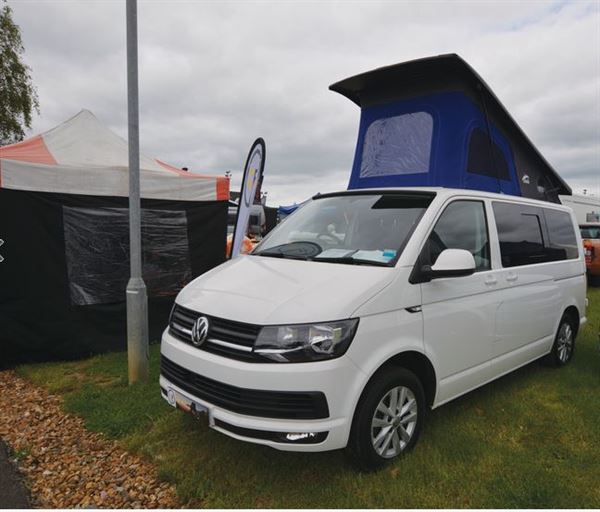 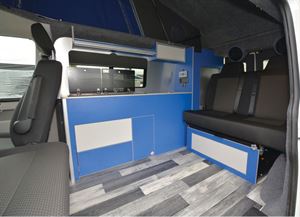 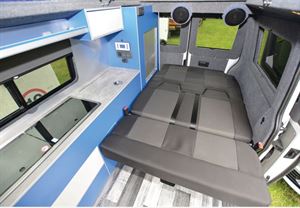 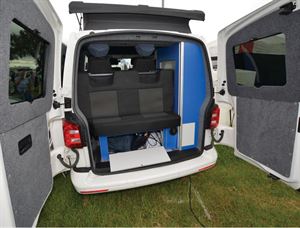 Images courtesy of The Camper Factory

We first reported on The Camper Factory (TCF for short) in the May 2021 issue, when this new converter wasn’t targeting customers direct but selling to hire companies, for which it had developed a conversion that focused on robustness, rather than the bling that can dominate with new entrants in this sector. No 20in alloys here, then…

Since that feature, we have seen TCF dip its toes into the highly competitive world of customer campervans, with its first appearance at the National Motorhome & Campervan Show. The campervan reviewed here was so fresh off the production line – just down the road in the Orton Southgate suburb of Peterborough – that it hadn’t even been named, something that’s since been put right...

Nor had the white show model, built on a 2019 T6 with a little over 15k on the clock, earned its stripes, literally. Graphics will have been added after the show. The Sleek is not just a carbon copy of every other camper on the market. That bold blue cabinetwork is what catches the eye, of course, but other colours will be offered. The furniture is also completely handleless, giving a very clean and simple appearance and it’s this lack of latches/buttons that gives the vehicle its name.

The kitchen unit includes two fairly capacious drawers, as well as the ubiquitous two-burner hob and sink combination in stainless steel, and maintaining the unfussy design is a top-loading fridge (a 40-litre Dometic model) to the rear of the galley. A top cupboard and open shelf are fitted above the kitchen for extra storage, while a long LED strip caters for illumination.

When it comes to the all-important seat/bed system, TCF has turned to FabworX BedZ for its M1-tested seat system. The USP here is that all you have to do to make the bed is release a catch and press a button on the remote control. With no more effort than changing channels on your telly, the bed folds almost completely flat – although it does take about half a minute to perform the transformation.

As a seat, it incorporates a couple of raised headrest sections and two seatbelts, while the bed measures 1.82m by 1.13m. Behind the bench, the design of the seat means the boot area is quite small, but the under-seat space can be accessed by drop-down flaps in both ends of the seat. Large speakers sit above the back seat, facing forward for better sound distribution.

Two more seating positions are offered on site via a double passenger cab bench with an MS Craft swivel mechanism that allows the seat to slide fore and aft when rotated. Another distinction is that TCF uses its own rising roof, rather than buying one in. This design has a scenic canopy that can be fully opened at the front, as well as small porthole-style vents towards the rear. Two lollipop lights with integral USBs are fitted and a bifold roof bed increases headroom when raised.

An internal filler for the underfloor fresh water tank (to avoid cutting the bodywork), a brushed aluminium kitchen splashback and blinds all round are further novelties.