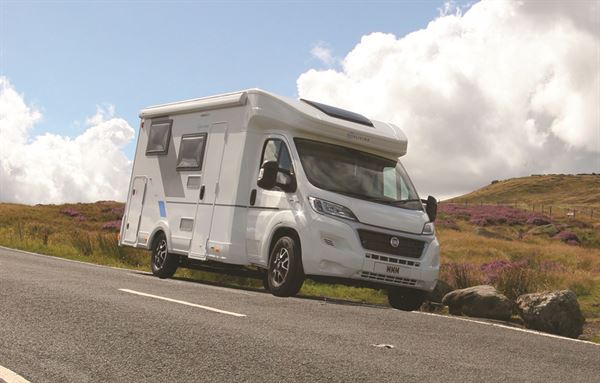 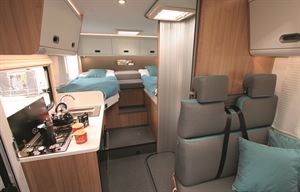 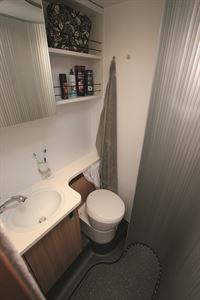 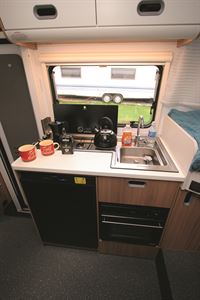 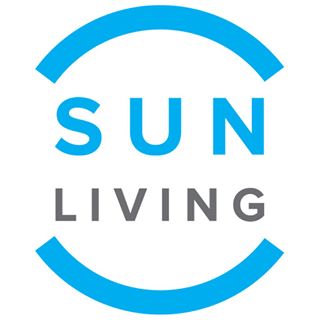 Sometimes a simple idea can transform a motorhome and we have to applaud motorhome designers who continually reinvent the wheel, in terms of squeezing all the essential elements of a home into a small space, year in, year out. It’s just such a simple idea that makes this new Sun Living low-profile stand out from its peers.

What if you could have a big bathroom when you’re actually using it, but a small one when – for 99% of the time – this space is not required? Well, that’s exactly what Sun Living has come up with in this new layout for 2018.

The company has clearly seen the adverse effect of placing washroom and kitchen opposite one another, with this pinch point making the whole vehicle feel cramped. Its answer is a clever ‘hideaway’ washroom, where, in effect, the whole front wall of the ablutions quarters is a huge tambour door and, in an arrangement not dissimilar to that seen in some continental van conversions, the shape of the door’s tracking allows the washroom to contract when not in use. Here, that means the aisle width growing from 550mm when the bathroom is occupied to a maximum of more than double that when the tambour door is rotated. Add in a slide-away inward-facing pew in the lounge (rather than a fixed side seat) and the interior takes on a whole new dimension. There simply isn’t another fixed bed motorhome of such compact length (6.71m) that feels so roomy inside.

Pulling the door around each time you need to use the ‘facilities’ seems little hardship for the extra space that this novel design imbues the layout, but what of the ‘little room’ itself? Well, for a start, it’s far from little. In fact, it has an almost TARDIS-like quality to it. There’s a generous amount of storage, while room to use the shower is almost unheard of in its spaciousness – no more banged elbows or clingy curtain.

And it’s not just the washroom that we like about the S 65SL. It’s not easy to stand out in the entry-level coachbuilt market, as cash spent on bling can soon make your motorhome uncompetitive, but Adria has now given the Sun Living range its own mouldings, rather than using the parent company’s leftovers, along with bold diagonal blue and grey graphics. The result is a modern-looking low-profile – but it’s even better on the inside.

Here, Sun Living has not simply followed the herd. There’s a lot of white, giving a bright feel, but the most unusual touch is the handle-less cupboard doors with slots that you poke your hands through to release the positive locking catches.

It’s also not just the bathroom that benefits from the hideaway design, but the kitchen, too. No longer will you have to twist into a Quasimodo-esque stance to see into the Thetford Duplex oven/grill. Similarly, reaching for that yoghurt from the back of the fridge (a 102-litre model with removable freezer section), no longer requires you to book extra yoga classes.

The L-shaped integrated hob and sink unit is a good design which frees up a little worktop and the oven/grill is a standard fitting for the UK. Cupboard space is more than adequate, too.

In the lounge things are pretty conventional but the raised floor won’t leave legs dangling and the pull-out perch that emerges from under the wardrobe is great as a footrest when reclining in the driver’s seat. More importantly, perhaps, in this layout the twin beds are a good size; both at least 1.91m.

Under the beds is a proper garage, measuring 0.80m wide and 1.05m high across the whole width of the motorhome and equipped with two full-sized doors, as well as tie-down hooks and a light. A practical non-slip floor has drain holes for sluicing out, while the weight limit here is 150kg. Overall, you’ll not be short of payload – a whopping 770kg even with the two options packs fitted. Pack 1 adds cab air-conditioning, etc, to the base vehicle while the Comfort Pack brings matching cab seats, electric heating and more to the party. You’ll want both, but that still keeps the list price under £50k. There are some other interesting factory options, including Isofix and a heated floor.

So, we reckon Sun Living is a brand to watch. Its dealer network is growing, too, with seven outlets now representing the marque in the UK – with dealers across Europe from Seville to Moscow, if you’re planning a big continental tour. And, if the single bed layout is not for you, then you’ll see the same clever washroom design in models with a transverse rear double bed or bunks.