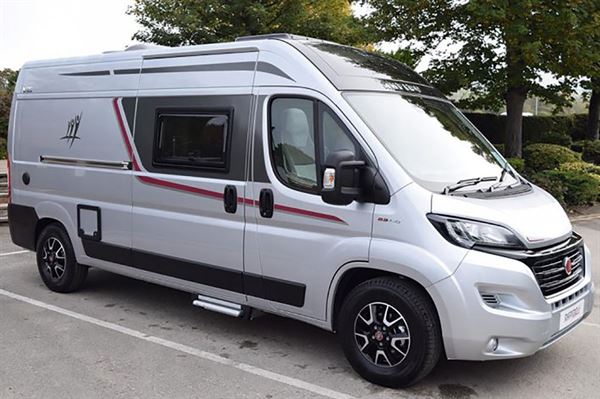 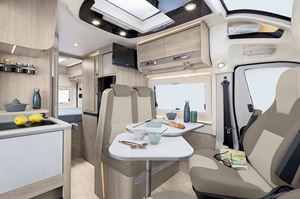 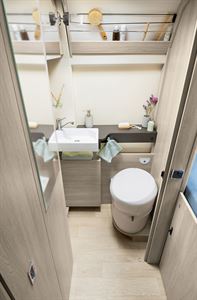 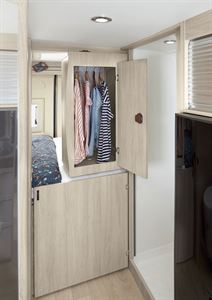 OK, we've bent the rules ever so slightly here, because if you add the VED, this Rapido slips over £50k, but this isn’t just another imported van conversion. Call it Editor’s prerogative to include it...

The V55 is not a new model, in fact it’s been around for several seasons now (and it’s worth looking out for used examples), but the Modul’Space washroom design was a real innovation, bringing the possibility of a separate shower into the van market. Its patented design has since also been employed in several models from sister brand, Dreamer.

So what is Modul’Space? Well, the clever bit is perhaps the double use of the shower space. A separate shower cubicle (opposite the toilet room) when needed, it also houses the wardrobe (which hinges out of the way and can be accessed from two sides).

Then, there’s also the way that the shower and toilet areas combine, across the central aisle, to create a full-width changing room, just like you’d find in a much larger low-profile coachbuilt.

And that’s not the end of the V55’s talents. The kitchen (partway across the sliding door) may look pretty ordinary (although UK models get an oven), but opposite is a 135-litre automatic energy selection fridge/freezer – again, the sort of feature you’d normally only see in a bigger campervan.

Then, there’s the extra wardrobe space over the foot of the bed – useful in a campervan that’s only 6m long. And, of course, following its introduction in the Dreamer brand a year ago, the 2020-season V55 gets a big overcab sunroof to make the forward lounge feel a lot lighter and roomier.

The latest model also gets touch-operated reading lights in the cab, a new gas-on-glass hob with solid cover for additional worktop space and a choice of Castello or Elegance furniture. If you’re seeking a six-metre fixed bed campervan this one has to be on your shortlist.