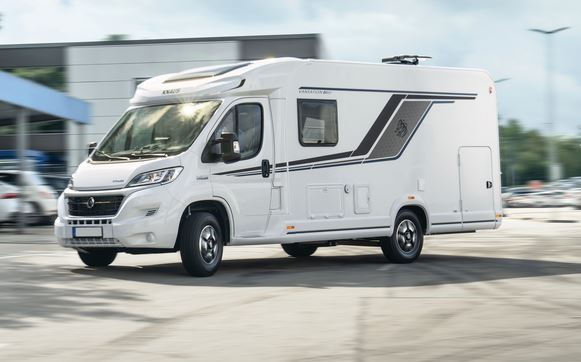 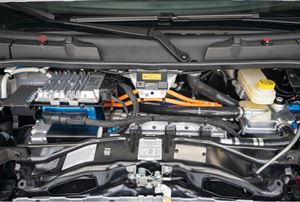 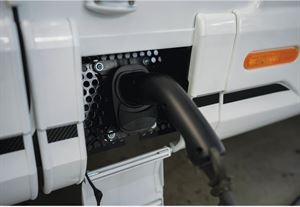 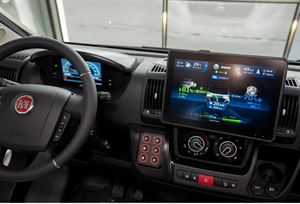 Under current UK government plans, sales of new petrol and diesel cars (including campervans and motorhomes, it is assumed) will end by 2030, with plug-in hybrid vehicles allowed for a further five years. We won’t go into the challenges here for the national grid, or the charging network and our motor industry, nor even the question of vehicle recharging on campsites and the issue of range anxiety, but instead join German firm, Knaus, in a bit of crystal ball-gazing.

This isn’t the first electric leisure vehicle – we tested a Nissan e-NV200-based camper from Hillside Leisure back in 2015 and Iridium showed its E-Mobil to potential German customers in 2019. However, the former was small, even compared with a VW T6, and the latter was priced from €169,000. Neither could exactly be called mass market…

Not that the E.Power seen here is due in your local Knaus dealership any time soon, nor even that it’s sure to look like this when it does go into production. But the intention is there and this is the closest we’ve seen yet to a viable full-sized motorhome that doesn’t need to ever visit the derv pump.

Importantly, it looks exactly like a regular Knaus low-profile, a Van TI 650 MEG Vansation to be precise. So, this isn’t just a designer’s wacky dream of the future. Nor is it the work of Fiat, despite the Ducato cab that it inherits from the standard Vansation. Instead, Knaus – which says it couldn’t wait for Fiat – has collaborated on the project with HWA AG, a German engineering company with involvement in the Formula E race series, amongst its serious motorsport credentials.

The result looks conventional, at least until you lift the bonnet (where the diesel engine has vanished), look underneath (to see an array of batteries with a capacity of 35kWh) or jump into the cab (where the gearstick has gone AWOL and there are some new switches and controls).

Crucially, the conversion to electric power is modular, so it could be applied to any Fiat Ducato-based model in the Knaus range, from campervans to A-classes.

The E.Power’s electric motor provides 180kW (241bhp) and allows a top speed of 110km/h (68mph). Perhaps the most significant statistic, though, is that this motorhome has been officially tested under WLTP regulations to provide a purely electric range of 90km (56 miles). Then the batteries can be recharged from a wallbox at home in 35 minutes (rising to five hours from a three-pin domestic socket).

Don’t stop reading with eyebrows heading skywards, though, because, while there’s plenty of electric range for zipping in and out of the low emissions zones that are now spreading from city to city across Europe, the E.Power also has the essential solution for venturing further afield.

In place of the 2.2-litre Multijet motor under the Ducato’s bonnet is a range extender motor – like you’d get with   MW’s compact i3 or its futuristic i8 sportscar. Here it’s a small, state-of-the art, rotary engine running on petrol. It never drives the wheels, it’s there to charge the vehicle batteries, and it makes a huge difference to the available range. Knaus claims that the E.Power can drive for up to 600km (373 miles) – a comparable figure to many conventionally powered models.

The electric motorhome has a further plus, though, in that the batteries can provide 230V power to the habitation area. Knaus already has an electric-only caravan on the market, boasting weight savings as well as safety and maintenance advantages from having no on-board gas. In future, there could be the additional bonus of using domestic electrical fittings, such as fridges, rather than being limited to caravan industry installations.

Weight remains a challenge, Knaus admits, for an electric motorhome with a 3,500kg gross weight, but removing gas completely from the vehicle might save 100kg. Further lightweight construction principles are already in production at sister brand, Weinsberg, with its CaraHome, while a novel air-conditioning system could be used to heat (electrically) as well as cool the interior.

The German maker is convinced that an electric motorhome like this could be on the market within two to three years, with initial sales expected to be to early adopters. By then, it wants to be able to offer a battery-powered option alongside diesel vehicles. “Electricity is not the future, it is the present”, says Stefan Diehl, Head of Communications and PR at Knaus-Tabbert.

He believes that the E.Power motorhome will also be fun to drive, with instant maximum torque from start-up.   There’s no gearbox to worry about, either, just push buttons for P (park), R (reverse), N (neutral) and D (drive).

The aim is to offer a vehicle that can reach 140km/h (87mph) and cruise at 120km/h (75mph). In the meantime, tests for durability are ongoing, as well as examining the vehicle’s operation in extreme temperatures.

Beyond the range extender concept, Knaus is eyeing up the possibility of a hydrogen fuel cell. That would replace the petrol engine (range extender) with a source of energy that emits only water – a true zero-emissions vehicle. The required hydrogen could then be stored in a special, crash-proof pressure tank instead of a conventional diesel tank.

With silent driving (just a sound generator to warn pedestrians), emissions-free motoring that will let you straight into city centres, and even the possibility of off-grid gas-free camping using electric power, the Knaus E.Power has plenty of potential. Right now, we’re still some way from a motorhome equivalent of a Tesla car, or even a Toyota Prius hybrid, but it’s great to see Knaus taking the initiative, especially as it has done so off its own back, not just by piggybacking a chassis manufacturer such as Fiat. There’s no word on likely pricing, but expect to pay a premium for this new tech and the greener option.