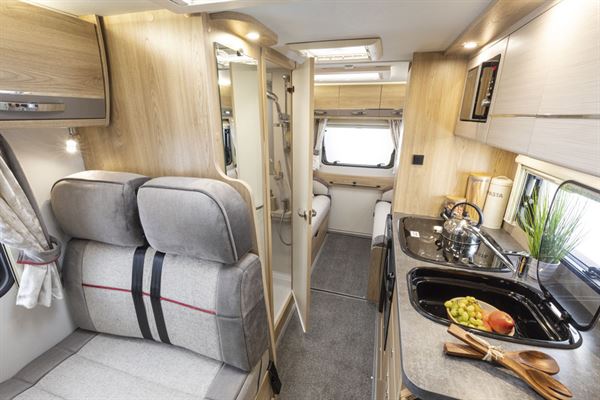 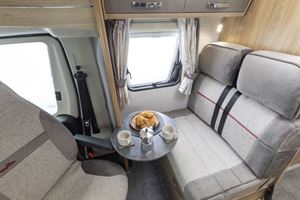 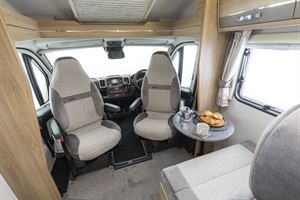 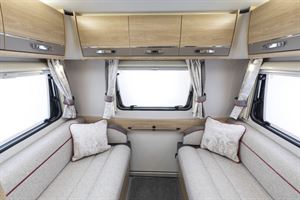 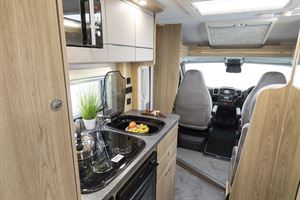 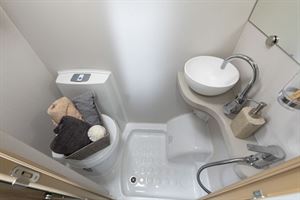 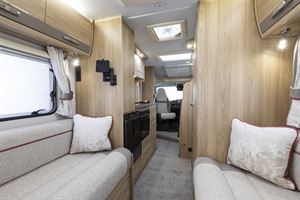 If you want a sub-six-metre motorhome that’s also relatively narrow-bodied, and with full facilities on board, your choices aren’t limited to van conversions. This Elddis/Marquis special edition is as compact as many campervans, while offering a little more in the way of living space, thanks to flat sides to the bodywork and good interior headroom (1.93m).

The Majestic 135 is one of a three-model range of compact coachbuilts (derived from the Elddis Accordo), each measuring 5.99m long and 2.14m wide. It’s also one of two versions with a comfortable rear lounge, although the 120 actually has the longer rear settees as here there’s also a half-dinette (and two more travel seats) incorporated up front.

The Majestic is, of course, built by Elddis, but it offers enhanced value, with a long list of standard-fit features that aren’t included on the base Accordo. Some of these are not even offered as options on the mainstream model.

In fact, the spec is pretty impressive (especially bearing in mind the price), as it includes a touchscreen radio with Bluetooth and sat-nav, cab air-conditioning, cruise control, alloy wheels, a GPS security tracker and alarm, automatic lights and wipers, an awning, and external shower and barbecue points.

For the 2020 season, there are even more features. The habitation door is equipped with a window, flyscreen and integrated waste bin, there’s a Midi Heki rooflight and heating now comes from a space-saving 4.3kW Whale CompleteHeat dual-fuel system.

The base vehicle is the latest version of Peugeot’s Boxer, with the new Euro 6d 2.2-litre engine. However, power output here is 165bhp, rather than the standard Elddis’ 140bhp.

The layout is very similar to equivalent van conversions such as the Swift Select 144 and Auto-Trail Tribute 670 – or even Elddis’ own Autoquest CV40. It features swivelling cab seats and a half-dinette up front, a central bathroom (offside) and kitchen (nearside), while the rear lounge has twin sofas that pull together to create a transverse double bed (2.00m by 1.26m, according to its makers). A modest third berth (1.57m by 0.60m) can be created from the front dinette.

As you enter the motorhome through a typical coachbuilt door, there is a good feeling of space and plenty of daylight comes in via the overcab sunroof. The main dining area is in the rear lounge, using a wall-hung table, while a round table on a swivelling cranked leg makes the front seating area great for drinks and snacks.

The kitchen beats most van conversions for spec, with a cooker that features an electric hotplate, as well as three gas rings and an oven/grill. There’s a fitted microwave, too.

The bathroom is nearly as compact as the campervan equivalent, though, with an integral shower and swivel-bowl toilet. A stylish vessel-style washbasin is a welcome touch.

Finally, the 135 provides something equivalent to the rear barn door access offered by the van-based competition, as a large low-level hatch in the rear panel allows loading of long (but not too tall) items.