The Majestic 120 is a compact model that would suit a couple looking to enter the motorhome market for the first time, with a neat rear lounge and twin facing sofas that convert to twin single beds or a large double bed. 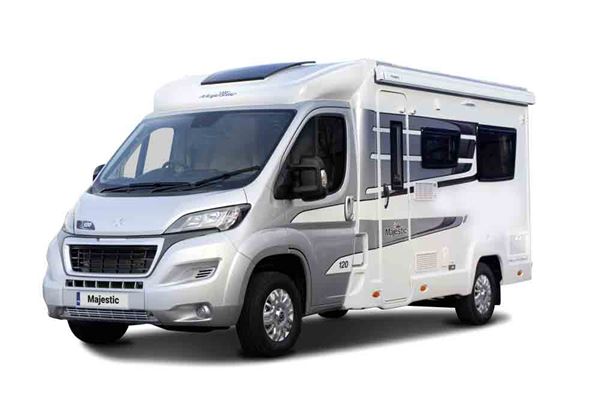 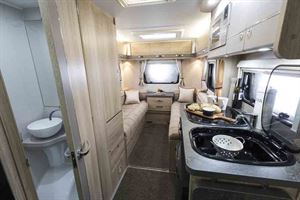 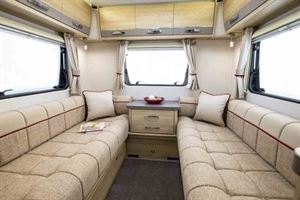 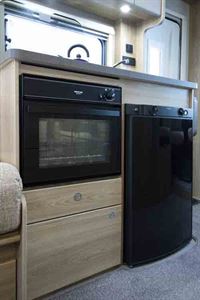 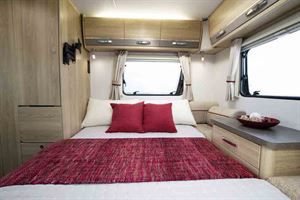 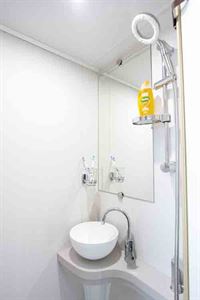 The Majestic 120 is one of five sub-6m-long motorhomes within this dealer special range. Four of those are classified ‘compact’ as they are also slimmer – 2.14m wide, rather than 2.20m of the larger Majestics. All models in the range are built exclusively for Marquis Leisure by British manufacturer, Elddis.

The compact model range includes a front lounge/end washroom layout, a fixed bed version and two rear lounge floorplans. The model featured here, the 120, has a rear lounge but, unlike its sister 135, this is the only seating area apart from the cab. There are no rear travel seats in this layout but your pets are catered for with Aquaclean upholstery which just wipes down with water.

Of course, the twin facing sofas in the stern also convert into either two single beds or a large double at night. The lounge benefits from a triple aspect with large windows to the sides and rear and a skylight in the ceiling, which let daylight flood in. Above the windows are high-level lockers with LED lighting below, while under the rear window is a handy twin-drawer cabinet, which will be very familiar to those making the swap into a motorhome from a caravan for the first time.

Forward of the lounge is a side kitchen on the nearside and washroom and storage (including the wardrobe) on the offside.

Typical of a British motorhome, the kitchen has everything a keen cook could wish for, including a three-burner gas hob with added mains electric hotplate and a Thetford Duplex combined oven/grill below. There is even a Russell Hobbs microwave above, while the fridge is an under-counter Dometic unit with 95-litre capacity (fairly modest by today’s standards but fine for a two-berth).

Opposite the kitchen is the washroom, which has a separate plinth-mounted basin, water-efficient Eco Camel showerhead and a swivel cassette loo. You’ll need to deploy the shower curtain and mop down afterwards as this is an all-in-one compartment.

All motorhomes within the Majestic line-up – which is claimed to be the UK’s best-selling dealer special motorhome range – are built on the Peugeot Boxer chassis-cab with Tempo Libero lowered framed. Power comes from a 160bhp Euro 6 turbo-diesel engine coupled to a six-speed manual gearbox. There is no automatic option.

As befits a dealer special range, the equipment levels have been enhanced. For example, in the Boxer cab there is automatic air-conditioning, cruise control, a fully integrated touchscreen console controlling the DAB radio with MP3 player and sat-nav, a rear-view camera, Thatcham-approved alarm with GPS tracking, and a tyre pressure monitoring system. Marquis has also added a solar panel, as well as exterior barbecue and shower points.

Because of its compact dimensions and the fact it is a pure two-berth, weight has been kept low, which means there’s a licence-friendly 3,300kg gross weight. However, the Majestic 120 still offers a whopping payload of over 700kg.