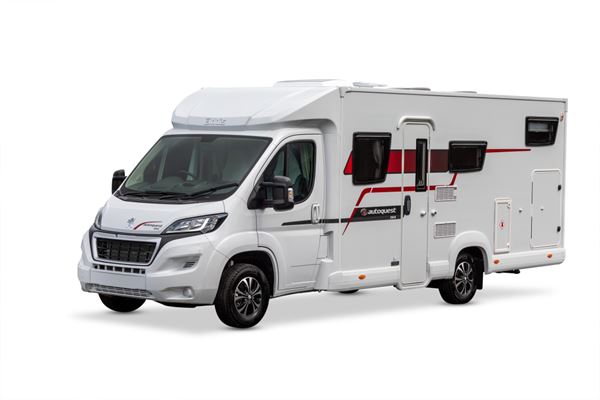 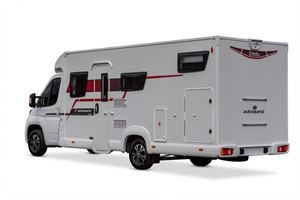 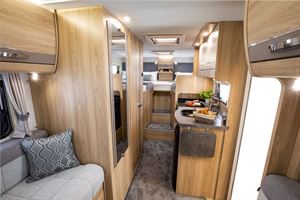 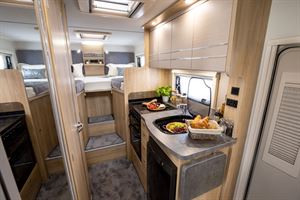 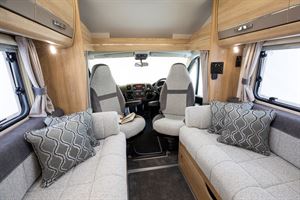 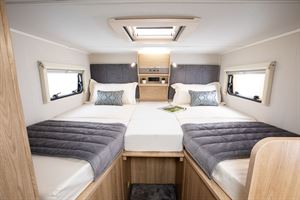 This single-beds-over-garage floorplan is now as firmly rooted in the UK market as it is in the rest of Europe, so it’s much less surprising to find the design in a best-selling British-built range.

The garage here is a good size, with 1.09m maximum interior headroom, though the load height is not as convenient as some. Then, inside, the twin beds have two high steps to provide access and they measure 1.80m (nearside) and 1.82m (offside).

Modest mattress sizes, though, are offset by there being no impediment to sitting up comfortably in bed – an all-too-rare feature. There’s a TV bracket at the foot of the offside bed, too.

Where the Autoquest really differs from its imported opposition is up front, where you’ll find side settees rather than a half-dinette.  A number of Continental brands are offering lounges like this now, but the Elddis goes its own way when it comes to the travel seats.

Rather than adapting the settees to face forward, cushions are removed, bases folded away and a pair of folding Aguti passenger seats – now with Isofix on the 2020-season models – is revealed. There’s no overcab sunroof but a Midi Heki is now standard over the lounge.

The Elddis beats its continental competitors on kitchen space and cooker spec – with a separate grill and oven – but loses out in terms of fridge size (85 litres).

The washroom design is attractive – complete with countertop-mounted basin – but you’ll need to pull a curtain around for showering and there’s just one drain in the shower tray.

Most continental models would put a greater emphasis on freedom from using campsite showers, but here extra space has been allocated to the kitchen instead.

As ever, Elddis pricing is very keen on this newcomer – at sub-£50k – but you’ll need to find an extra £1,218 for the Lux Pack (cab air-con, passenger airbag, cruise control). The standard spec now includes the latest Euro 6d 140bhp engine.

Another new feature is the easy-to-operate 4.3kW Whale CompleteHeat heating system which is mounted underneath to save space.