There's plenty to admire with the Chausson Titanium, not least the large drop-down bed, alloy wheels and heated windscreen, which all come as standard. The 640's big front lounge will appeal to UK buyers, while the kitchen and washroom are of good size, too. 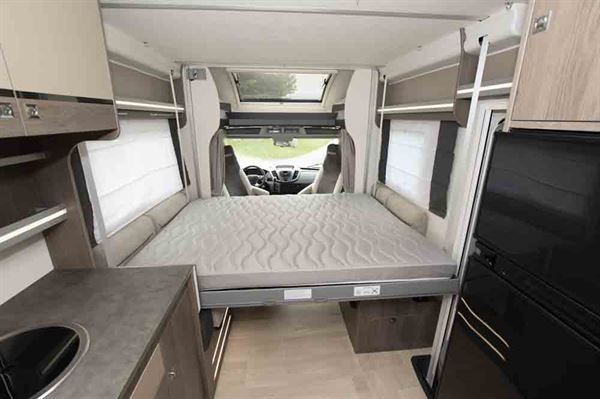 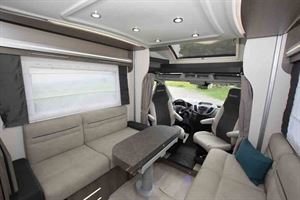 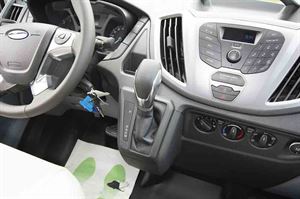 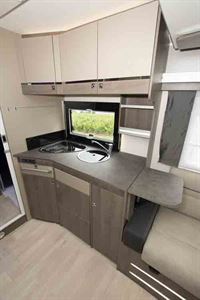 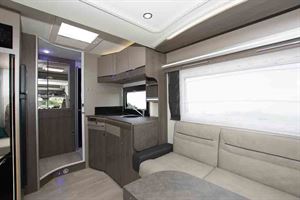 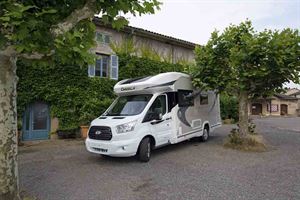 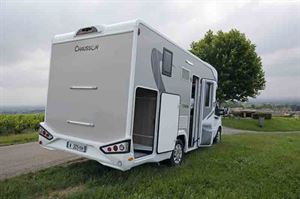 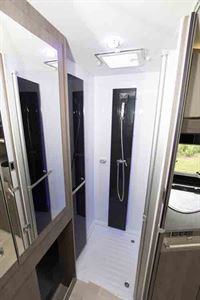 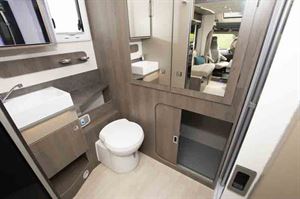 If you’ve followed the development of this highly successful French brand, you’ll be familiar with its Flash and Welcome ranges, but Titanium is a new moniker this season. These models are instantly recognisable by their grey coachbuilt bodywork – and the fact that they come only on the Ford Transit cab – but the really unusual feature is an automatic gearbox as standard.

At What Motorhome we’ve been big fans of the Ford since the current generation arrived in 2014 and, with the 170bhp engine and six-speed torque converter transmission fitted to all Titaniums, the appeal of the blue oval has never been stronger.

The latest Euro 6 engine boasts good refinement and really strong performance, while the auto’ gearbox will be a revelation to any owner of a Fiat motorhome equipped with the Comfort-Matic; it’s just so much more sophisticasted. The ride is not as harsh, either, and the driving position feels less like a commercial vehicle.

Not only that but the Titanium gets alloy wheels, automatic lights and wipers and a heated windscreen as standard, as well as more usual features such as cab air-conditioning, cruise control and a reversing camera. One of the key reasons-to-buy is the good-to-drive, high-spec base vehicle.

Another strong point is that the price here is not subject to any extra packs and, in fact, there are no options. You can choose from five layouts, though – all of them best sellers for the brand. We’re focusing here on the 640, which should be especially popular with UK buyers, thanks to its big front lounge. It’s a proven layout that was introduced in 2018, but there are also island bed and fixed twin bed layouts in the Titanium range, if you prefer.

Chausson calls this one of its Maxi Lounge models and it’s not hard to see why. The side settees are long and with the cab seats swivelled (and daylight flooding in from the overcab sunroof), this is a very spacious space for a couple to relax in. Even better, like many current Chaussons, the table folds in half, so it’s not obtrusive.

The 640 layout also benefits from a much-larger-than-the-norm drop-down double bed (claimed dimensions are 1.90m by 1.60m), which glides down electrically to just above seat height. It’s also possible to stop the bed at a higher position and make up a second (slightly smaller) double bed underneath, but we’d view this as something you’d only do occasionally.

You can easily convert the benches into face-forward travel seats, though (leaving some cushions over), so this Titanium can carry four people on the road. It just might be better to accommodate grandkids in a tent or awning.

Another star feature is the extra-large, full-width washroom with XL-sized separate shower. Even more impressive size-wise is the wardrobe, which (thanks to its location) turns the bathroom into a very effective changing room, too.

Then there’s the garage, which has loading doors on both sides but no longer a rear hatch (now there are bike rack mountings on the back wall instead). There is, however, internal access to the garage via a sliding door.

The kitchen is bigger than you’d expect in a continental ’van, too, with plenty of worktop even before you deploy the folding panel at the forward end of the galley. There’s a huge 167-litre fridge/freezer opposite and the cooker is upgraded especially for the UK market to include an oven and grill (rather than the simple hob shown in our images of a LHD French spec vehicle).

This review was originally published in the April 2019 edition of What Motorhome magazine - click here to buy digital back issues.