Spanish-built but with UK-friendly floorplan layouts, Benimar has gone a long way to making to making its motorhomes appealing to British buyers - and the 494, with its island bed, certainly deserves a closer look 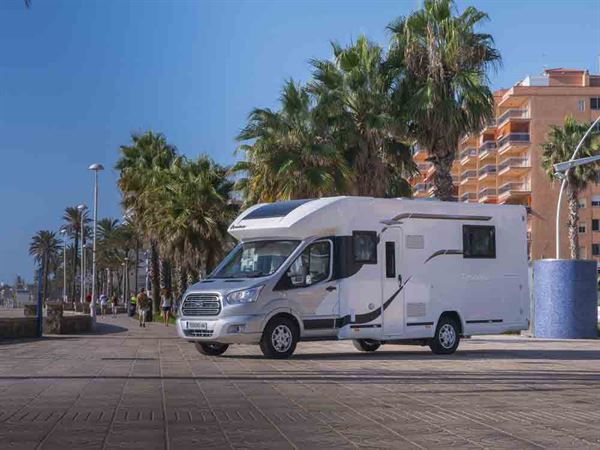 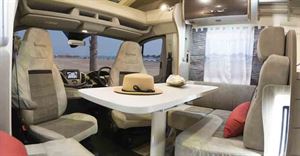 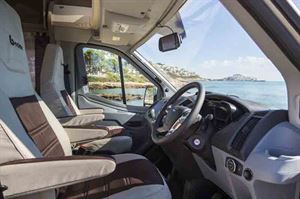 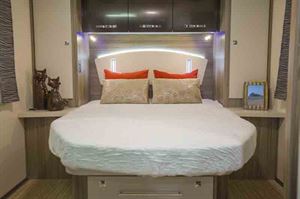 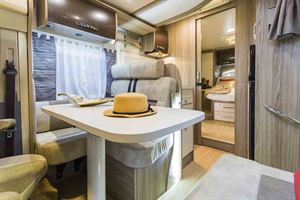 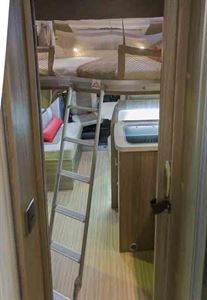 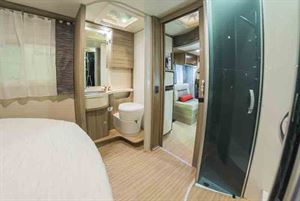 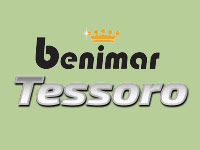 Some continental motorhomes sold here are exactly as you’d see them across the Channel, bar the steering wheel being on the right. Others have increased spec, as we tend to want our motorhomes fully loaded with all the toys. But few go as far as Benimar.

These Spanish-built motorhomes, imported by Marquis, gain microwaves, better cookers and a list of kit that would usually see you developing RSI from ticking so many options on the order sheet. Then there’s the habitation door on the left, meaning a complete mirror image of the continental layout – most imported motorhomes retain their entrance on our offside.

The Tessoro range got its completely UK-friendly floorplans in 2018 and carries on pretty much unchanged this season, including the rare choice of a Ford Transit base vehicle. The well-appointed blue oval cab has automatic lights and wipers, a fast defrosting windscreen, cab air-conditioning, cruise control, a touchscreen DAB radio, sat-nav, reversing camera and alloy wheels. There’s a wide-tracked rear chassis, too, which combined with the 170bhp motor makes this a real driver’s choice.

The only options are a towbar (£1,350) and the torque converter-based automatic gearbox (£2,100) which is so much slicker than Fiat’s robotised Comfort-Matic.

The living area is comprehensively appointed, too, including rear speakers, removable carpets, a multi-position electric drop-down bed over the front lounge, iNet remote control for the heating (a gas/mains Truma Combi 6kW system), an extractor hood and a rooflight with fan, plus smoke and CO2 alarms. On the outside you’ll find a TV aerial, external shower and barbecue points, and rear corner steadies.

Better still, especially as some insurers have reported Fords being targeted by thieves, a Trackstar Leisure Category 6 tracker with a year’s subscription is included as standard, along with a year’s free insurance (subject to terms and conditions).

The Tessoro line-up numbers six models, with this island bed 494 being one of the largest at close to seven-and-a-half metres. It’s still a 3,500kg gross weight, though, so payload here is a limiting factor, at 320kg.

The end bedroom, of course, is the reason to select the 494 and there are the usual wardrobes on either side of a bed claiming dimensions of 1.90m by 1.39m. The bed slides back to create a sort of chaise longue-effect in the day, and to create more floor space for dressing. At the foot of the bed on the nearside is the toilet cubicle, behind a tambour door. As the new-look cassette loo here sits on a plinth you may want to check sitting comfort if you haven’t got long legs.

Opposite, the shower cubicle has a false floor over its shower tray when not in use, but there is no privacy screen between bed and shower. That may be an issue if the front drop-down bed (said to be the same 1.90 by 1.39m, although both beds narrow at the foot) is in use by friends or privacy-demanding teenagers.

Much of the rest is predictable stuff, from the L-shape of both lounge and kitchen to the fixed table and the overcab sunroof. Unusual, though, for a continental motorhome are the microwave (over the fridge/freezer) and a cooker with mains hotplate.

Rarer still, of course, is the Ford cab – only Roller Team and Chausson field Transit-based opponents. That’s a pity because the blue oval badge brings with it a more car-like cab environment, great Euro 6 engines and that superb automatic option.