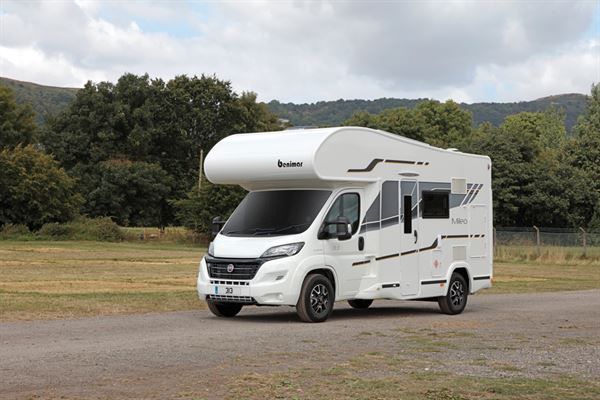 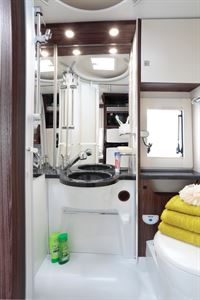 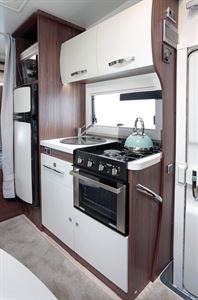 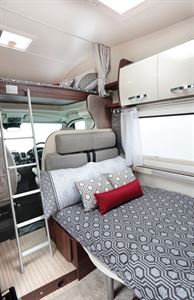 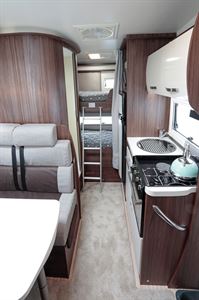 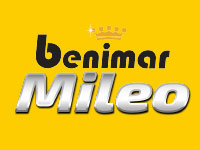 Family-orientated motorhomes are often big, bulky vehicles. After all, if you want to holiday comfortably with four, or more, on board you need space.

Traditionally, the most kid-friendly motorhomes also have bunk beds – and they often come from a nation known for big families, Italy.

Here’s a motorhome, however, that can sleep six but is just 5.95m long. Oh, and it’s not Italian.

The Mileo 313 is one of five 3-Series Mileos – overcab coachbuilts which followed on from the success of their low-profile 2-Series cousins. There are layouts here that follow on unchanged from the 2-Series, simply adding the extra versatility of an overcab bed.

But the 313 seen here is a uniquely overcab layout. Its format of a pullman dinette and rear transverse bunk beds is nothing new, although finding this type of layout in a sub-six-metre overall length is highly unusual.

It’s rare, too, to find a continental coachbuilt – Benimars herald from Spain – that has its habitation door on the UK nearside. That’s an indication of the buying power of exclusive Benimar suppliers in the UK, Marquis Leisure.

Opposite the door is the dinette, while running rearwards from the entrance is the galley. Then there are bunk beds across the stern and a washroom sandwiched between the dinette and the bunks on the offside.

The most unusual aspect of the design is that the dinette can be extended widthways – as can the table – so that you can fit in six for dining.

There are extra cushions to do this and the extension of the rear-facing bench blocks off access through to the cab.

The basis of the 313 is much more predictable. While Benimar’s Tessoro range is Ford Transit-based, all Mileos come on the ubiquitous Fiat Ducato.

You do get the 150bhp engine as standard here, though – along with the option of the Comfort-Matic gearbox. A licence-friendly gross weight of 3,500kg is perfectly suited to the younger audience this motorhome is likely to attract, but a 3,650kg option ups the payload (to 670kg) and allows the Mileo to be specified as a six-berth with six travelling seats.

The body has a GRP/PVC floor structure and 99% wood-free construction, as well as a stylish new rear bumper with LED tail-lights.

The 16in black alloy wheels ensure that there’s nothing of the ‘entry-level’ about the Benimar’s appearance.

The spec is equally high-end inside the cab, where you’ll find a DAB radio with touchscreen and sat-nav, cab air-conditioning, cruise control, ESP, Traction Plus and Hill Assist.

In the living area, this ’van is fully specified, too.

The kitchen drawers have metal runners and a soft-closing system, there’s a microwave, the cooker comes with twin gas rings and a mains hotplate, while the oven/grill has electronic ignition.

If you enjoyed this review, you can read loads more like it in the Summer 2017 issue of What Motorhome magazine.