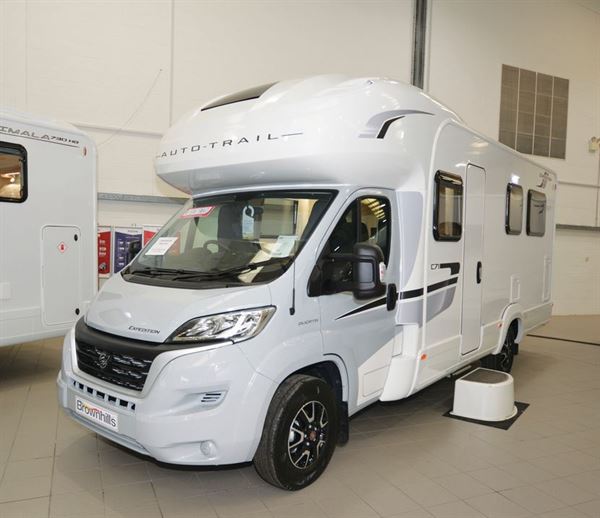 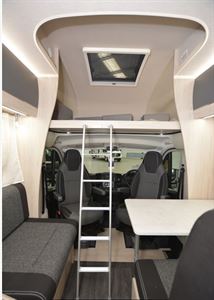 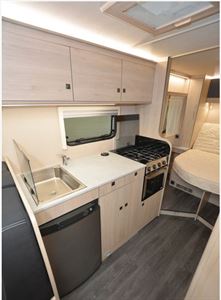 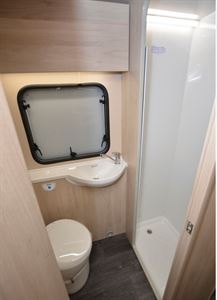 This entry-level motorhome is easily recognised by those in the know as an Auto-Trail. The Expedition name – and the fashionable light grey coloured cab – might be new, but the body shape is inherited from the existing (more expensive) Imala. Unlike the C63 version reviewed previously, this longer C71 also has a more predictable layout.

Of course, while an island bed floorplan might appeal to more buyers, it also brings with it a lot more competition. So, this Expedition coachbuilt must go head-to-head not only with the likes of the Elddis Autoquest 150 (from £51,969), but also the Swift Edge 494 (with a more unusual transverse island bed, from £59,290), as well as countless imported models from makers such as Carado, Chausson, Joa Camp, Rimor, Roller Team, Sunlight and Sun Living.

Most rivals (Edge excepted) are low-profiles but the Expedition sticks with the more old-school overcab style of body. It doesn’t look as sleek, or as modern, as a result and the cab seems less integrated into the living area, but using the upstairs bed will not impact on the lounge space in the way that a drop-down bed would in a low-profile.

Conversely, though, the luton berths are more confined, lacking headroom for adults. Which works best will depend on the age and size of the occupants, although it’s worth noting that the C71’s lounge can also be converted into a bed. So, this is a six-berth, although only four seatbelts are available – grandkids arriving separately could stay overnight, or teenagers could have a bed each.

More important to many purchasers, however, will be the main bedroom at the back. Here, it’s the conventional format with a lengthways double and his and hers wardrobes on either side (the nearside one with shelves rather than a hanging rail). The bed itself measures a modest 1.86m by 1.32m, with a radiused foot to the bed making it unsuitable for tall motorhomers.

There’s quite limited space around the end of the bed, too, and the concertina screen that closes off the bedroom almost touches the bed. Whenever possible, you’ll want to retract this bed into its chaise longue position, which gives a lot more floor space.

Rather better than the bedroom is the washroom, which, in typical Auto-Trail style, incorporates a separate shower with bifold doors. There’s no roof vent, so the opening window is the only source of ventilation here. That aside, it’s a fairly spacious and practical little room that avoids any back-to-basics feel.

If the C71 has a forte, though, it’s the size of its kitchen. You won’t find this much preparation space in its rivals, which often feature rather cramped L-shaped galleys. Here, there’s acres of worktop between the cooker and sink – loads of room to use the appliances you can plug into the three-socket tower. There’s a fairly generous amount of storage here, too, although the fridge has just an 85-litre capacity and the under-sink cupboard is rather cluttered with pipework. Cooking kit comprises three gas rings and a combined oven/grill.

Up front, the lounge is the continental-style half-dinette, featuring swivel cab chairs and a side-facing seat that takes on-site seating capacity to four, or five at a push. The wall-mounted table (without an extension leaf) seems small for family dining, though.

Finally, it’s worth noting that the only external storage is below the island bed, but accessed through a hatch in the rear wall, instead of at the side. This area measures a maximum of 1.13m wide, 1.19m deep and 560mm high.