Prepare to be impressed - this van conversion from Rolling Homes truly puts the special into special edition. The interior design verges on the opulent, with handcrafted cabinets in walnut providing a decadent atmosphere. There's an unmistakeable indication that no expense was spared during the making of this - which is why you might struggle to have an offer accepted on it. 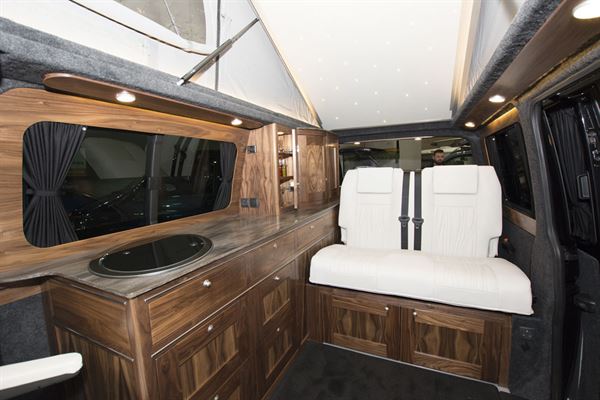 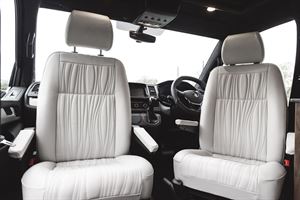 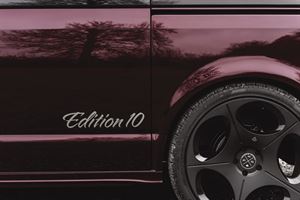 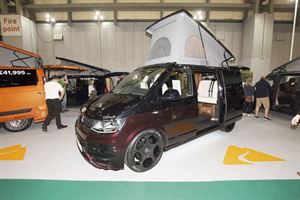 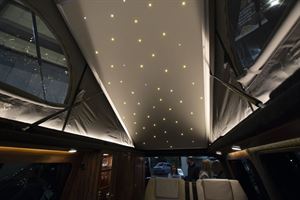 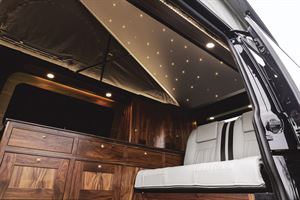 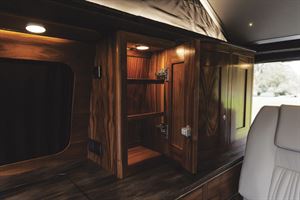 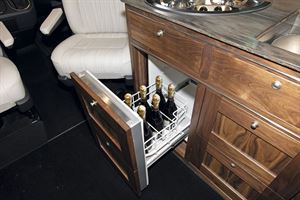 How much would you expect a really top-notch Volkswagen campervan to cost? Well, the 30 Years Edition of the VW California costs £71,746 in 4Motion form and a few options would take the tally past £75k.

Here, though, is one converter’s (or even one man’s) vision of the ultimate T6. Mark Cooper, boss of Rolling Homes, states quite clearly that he wanted, “every detail to be the best we can do.” And that determination to celebrate the company’s tenth anniversary in (considerable) style, has resulted in a camper that he says would not make him a profit with a £110,000 price tag. Wow, this Edition 10 needs to be something special.

Well, it started life not as a van but as a 201bhp (204PS) Kombi with the Comfort dashboard and DSG gearbox. All the cab interior was then completely replaced by Caravelle (people-carrier) trim, at a cost of £2,500 in parts alone. And that’s before the colour-coded dashboard which involved completely dismantling the fascia – and two day’s work. The B-posts and headlining were then retrimmed in black Alcantara and a new flat-bottomed steering wheel was added, along with recessed cab reading lights.

Of course, the audio had to be something pretty remarkable, too, and the Alpine system includes new speakers in the doors, B-pillars and tailgate. The head unit features Apple CarPlay, sat-nav and a reversing camera and there’s a bass speaker under the passenger seat and an amplifier below the driver’s chair. Total spend on audio? £3,500.

Rolling Homes designed its own pattern for the leather seats with the effect of a flowing river and added star lights in the underside of the roof bed. But the really special aspect is the walnut furniture. Handcrafted cabinetry is this converter’s USP but here it has really gone to town. The drawers are glass-sided and the fridge is drawer-style, so it’s completely concealed when closed. The Corian worktop is to be expected, perhaps, but the grain follows through into the removable sink lid to show the mind-blowing attention to detail in this conversion. There’s a rather decadent illuminated drinks cabinet, too, complete with glass shelves.

The spec goes on to include an electric-closing tailgate, Xenon headlights – in fact, every possible VW option was ordered. Then there’s a 100Ah lithium battery for the leisure electrics and a 150W solar panel. And the Edition 10 doesn’t hide its light under a bushel. This camper looks as special on the outside as it does on the inside. The paintwork mates factory pearlescent black on top with Ruby Light Red for the lower half. After painting, three days was spent perfecting the finish. The look is completed by the biggest alloys we’ve ever seen on a camper – 22in rims imported specially from California (the only other set of these in Britain is on a Lamborghini!). There’s Bilstein fully adjustable suspension, too, along with completely new front and rear bumpers – “this is not just a bodykit”, says Mark.

And, so that the camper has the ‘go’ to match the ‘show’, the 2-litre TDI engine has been remapped for a potent 276bhp (280PS) – with the right sound promised by a quad tail-pipe exhaust system. Rolling Homes says there’ll never be another Edition 10 as it simply took too long to build. In that case, if you love it as much as we do (and have the appropriate funds), you’ll have to badger Mark Cooper very hard indeed as he’s already refused an offer of £110k on the first day of this camper’s first ever public showing…