With its high spec – and great driving – new Fiat base vehicle boasting everything from alloy wheels to sat-nav and a well-made conversion that includes a roof bed and diesel heating as standard, this Randger has a lot going for it. 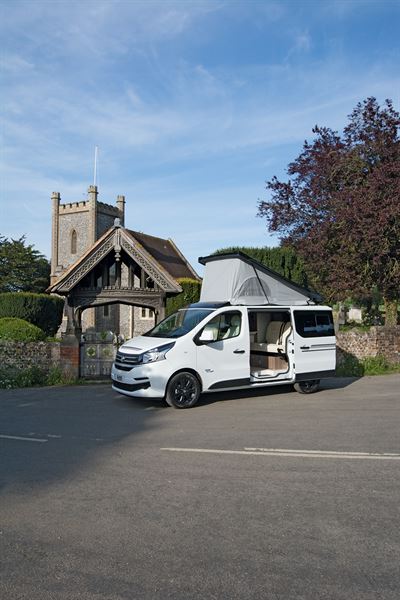 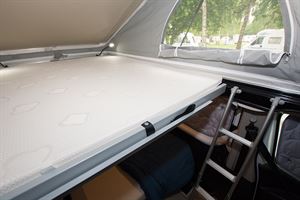 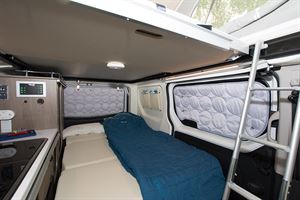 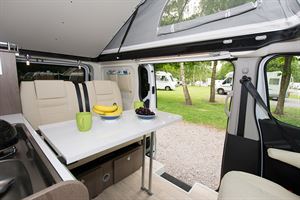 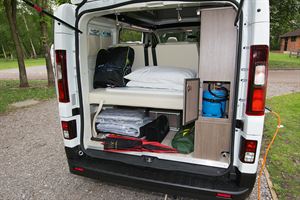 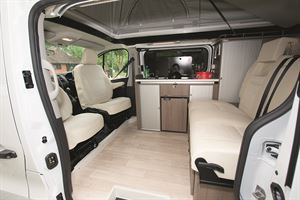 The market for compact campervans – ones with a pop-up roof and, usually, a side kitchen layout – is growing faster than any other sector. So, it’s hardly surprising that the UK’s largest motorhome retailer, Marquis, (with 12 branches and counting) wants a slice of the action.

So, who is Randger? A wholly new marque, launched in 2017, it builds only campervans and larger van conversions at its base in the Dordogne, where it benefits from years of experience from other Trigano brands (including sister marque, Font Vendôme). Only two models are destined for the British market: this R499 and a long-wheelbase, rear toilet layout in the R535, both based on the Fiat Talento and both fully UK-handed with access on the nearside. The model you see here is the very first prototype, so production models may differ slightly.

While its sister model goes all unconventional in terms of layout, the R499 is as predictable as cheese and pickle living in the same sandwich. Firstly, there’s a rear-hinged, manually raised roof, designed and made in-house by Randger. It offers massive headroom of almost 2.40m at the front, comes with a roof bed as standard and is unclipped with a simple, central catch (no horrid, fiddly straps here). Half-moon-shaped, flyscreened vents are fitted on either side but there’s no window in the front. With dark privacy glass in the body of the camper that means you’ll have the LED strip lights on more than you might expect. The floorplan – with side kitchen and rear bench seat – is exactly as you’d anticipate, though.

Like many other campervan makers, Randger turns to RIB for the seat/bed unit, so this is a well-tested design. It comes with height-adjustable headrests and twin three-point seatbelts but not Isofix (for child seats) and its proportions (quite high off the floor) best suit those with longer legs. It isn’t mounted on tracking in the floor but its seat runners underneath (as you’d find on cab seats) give over 200mm of fore/aft movement. With the seat in its forward position, rear passengers will feel much less remote from the cab and boot space is increased, too.

Then, for dining, the good-sized table is retrieved from the boot (it slides under the rear section of mattress) and clipped to a rail on the front of the galley. With the rear seat slid forward (blocking the fridge) four people can all (just) reach, but the table works better for two in conjunction with the rear bench only.

Side kitchen campers may all look much the same but it’s the details that make all the difference when you’ve got such a small space to play with. Starting from the front, under the sink, there’s a tall cupboard with shelf and cutlery drawer, then, below the cooker, there’s a shallow locker above the 41-litre compressor fridge (which has a very positive latch). Alongside the back seat, another tambour door opens onto a deeper cupboard than you might expect (maybe for pots and pans), followed by a full-height shelved space that’s perfect for folded clothes (and has the inboard water tank in its base). Finally, in the back corner is a small wardrobe with shirt-length hanging depth. The Can hob has two unequal-sized burners and push-button ignition, while a small but useful worktop sits adjacent with accompanying 12V and 230V sockets,

When it’s time to turn in, there are no curtains or blinds to pull in the Randger. Every window (six of them) instead has a Silver Screen-style pad attached to the inside of the glass with suckers. That creates a more car-like feel inside but you do end up with a big bag of screens and putting them in place takes longer than drawing curtains. However, they do a good job of keeping out the light and they offer a bit of insulation, so I got used to the idea.

I also thought I might spend my first night in the Randger in the roof bed. It’s the wider berth, with a one-piece mattress and it’s available instantly. There’s even a folding ladder provided to ease access, though I found it just as easy to clamber up without it and the fact that it is stored at the back of the boot perhaps suggests that Randger doesn’t really expect you to use it. Despite its near-6ft length, the brochure describes this as a child’s bed and the thinness of the mattress (only about 35mm), and its solid base, put me off.

The lower bed unfolds in the usual RIB fashion, with the squab rotating through 180 degrees first and the backrest then flipping down into the space created to make a flat double that’s 1.86m by 1.11m. That’s the mattress size but gaps at the sides (next to the nearside wall and offside furniture) mean usable width is actually 1.22m.

Rear boot space is vitally important in a camper like this and it quickly turns some rivals from hero to zero. The low-level section is big enough for compact outdoor chairs, wellies, mains lead, etc, while there’s plenty of room for bedding (and more) on top of the rear mattress. Or you can fold this section of bed flat against the rear seat backrest to create full-height storage that’s 1.11m across and at least 650mm deep. Also found in the boot is the locker for a single Campingaz 2.75kg cylinder (it only serves the hob), while under the back bench is a very large (685mm long!) drawer and a cupboard that wasn’t filled by our camera bag. If you want to carry a Porta Potti, though, it’ll have to be stored in the boot. Completing the Randger’s spec is Webasto diesel-powered blown-air heating, which easily took the chill of a spring night.