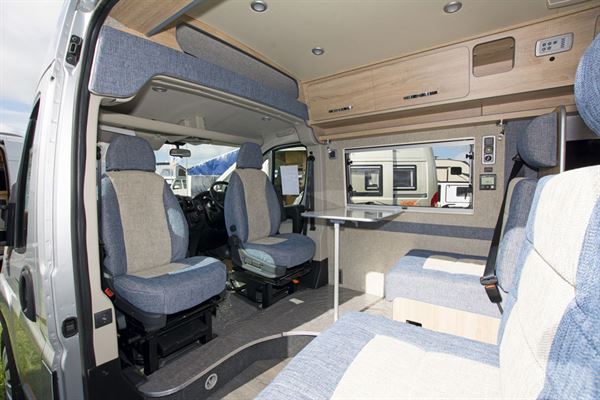 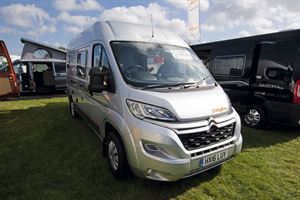 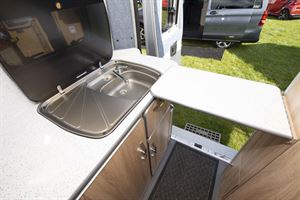 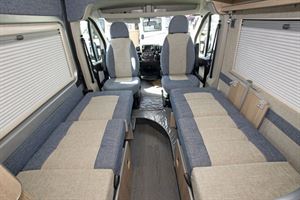 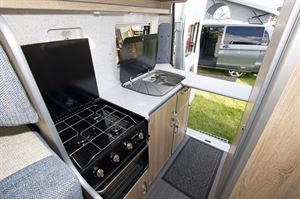 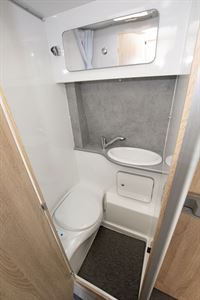 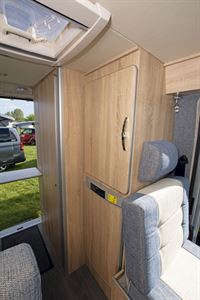 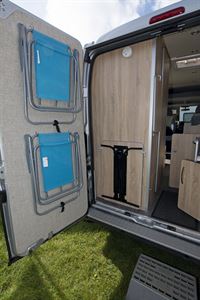 It’s hard to argue against the medium-wheelbase Sevel van (Fiat/Peugeot/Citroën) as being an ideal size for a campervan that can not only offer full living facilities but also be manoeuvrable enough – at just 5.4m long – to act as a second car.

Devon Conversions of County Durham added to the choice in this sector in 2018 with a classic layout featuring a side settee opposite the sliding door and a single forward-facing seat by the entrance itself. At night, the two rear seats fold flat to create a transverse double bed. Now, Devon has announced a new derivative of its Colorado (and the six-metre Arizona, too) featuring four travel seats. At night, the four-seater Colorado is different to the original model, too, as it offers twin single beds. The first example built is shown here based on a pre-owned Citroën Relay.

The new four-seat version of the Colorado is identical to the existing model except in the lounge area, where a second rear travel seat replaces the side-facing settee. There is a raised floor section here to match the height of the cab floor and a wall-mounted table sits between the rear seat and the swivelled driver’s chair. On the offside, a footrest caters for the increased height of this seat compared with the side settee layout, as the back seat has to mate up with the cab passenger seat to make a single bed. Both rear seats simply slide forward and fold flat to make twin beds. These are 1.88m long on the offside and 1.94m long on the nearside.

With the sliding side door wide open on a warm day the appeal of that lounge is not diminished by the new seating arrangement, which of course includes the swivel cab seats. Front and rear seats are at the same height but the raised floor on the offside probably makes for a more relaxing environment than the smaller footrest sections on the nearside. There’s no denying the advantage of having four belted travel seats, though, while many will find the twin beds more convenient at night.

At the back, on the offside, you’ll find a galley that impresses for a motorhome this compact. There’s plenty of worktop, the Triplex cooker includes a combined oven and grill as well as three gas rings and the sink has an integral draining board. The fridge, meanwhile, is opposite, under the wardrobe, and is a three-way, 85-litre model with removable freezer compartment. Also on the nearside, in the back corner is the washroom, but despite this, the aisle retains a reasonable width.

Inside, you’ll probably not have high expectations of a washroom in a small panel van, but you’ll be pleasantly surprised by what you find here, including the practical bench cassette toilet and fixed basin with attractive grey, marble-style splashback. The tap doubles as the showerhead and a curtain is deployed when you hose yourself down.

Spec includes Combi 4 gas/electric heating and a refillable 11kg Gaslow cylinder. The Designer Pack and Designer Pack Plus add key base vehicle options at £1,900 and £2,850 respectively but even better value can be found with a new Colorado conversion on a late pre-owned van, such as the example here at just £29,995.