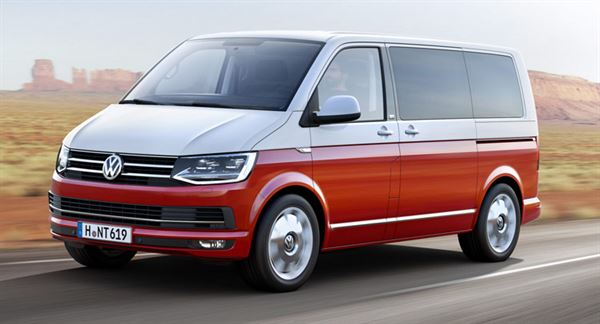 The range of Volkswagen commercial vehicles affected by the emissions scandal has finally been revealed. Speaking exclusively to MMM, Kate Thompson, Head of Press and Public Relations for VW Commercial Vehicles revealed, “For Volkswagen Commercial Vehicles, only the Caddy models with the EA189 Euro 5 1.6 TDi and 2.0 TDi engines are affected.  Amarok fitted with the EA189 EU5 TDI with 90/120kW output produced before 2012 are also affected.

Which means I can confirm that Transporter, current Amarok and Crafter are therefore unaffected. And this of course extends to any of the Transporter derivatives such as Caravelle and California.”

We spoke to Danbury MotorCaravans which has previously sold Caddy-based campervan conversions and Simon Antill, General Manager commented, “We have been advised by Volkswagen that they will be contacting any affected vehicles directly and making the necessary arrangements to repair. It’s going to be a nightmare for them to get this whole situation sorted. We have had a few customers contact us and of course we will assist in any way we can. There is now a web site you can put your registration number into to see if your vehicle is one of the unlucky ones!”

Currently the only convertor producing campervans on the VW Caddy is Concept Multi-Car. Sam Shortland from CMC had this to say, "So far we haven’t heard too much from VW and neither have our customers. We actually have a couple of Caddy Demo models which have come up as being under suspicion and VW have contacted us to inform about this, as they have with our customers. So far though we haven’t had any indication as to the possible fix or timescale as to when they will be recalled."

Related to this, VW has confirmed that a petrol version of the Caddy will be released for the UK market. This will have a 1.4-litre, 123bhp engine with five speed manual and seven speed DSG gearboxes.

The website to enter your registration into to check if your VW is affected is www.volkswagen.co.uk/owners/dieselinfo

VW has announced plans for tackling vehicles with cheat software built in.