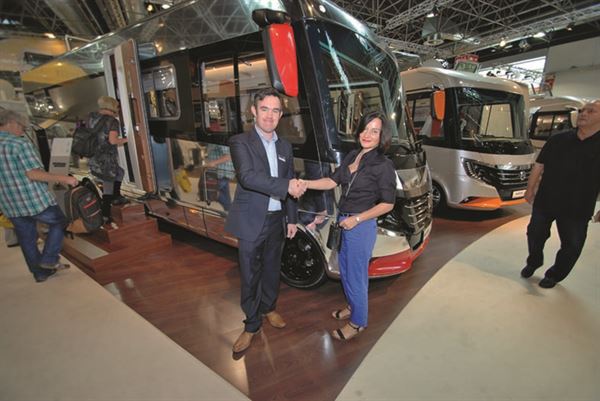 Nick Barker, Sales Manager of Travelworld, and Cécile Rouesné, Export Manager of N+B, signed the agreement on the second day of the show and celebrated the deal in front of the show-stopping Chrome Arto that was also on display during the NEC Motorhome & Caravan Show in October. As the sole UK agent for the brand, Travelworld not only agreed to a 25% increase in sales for the 2015 model year but also committed to the entire season’s worth of orders at the German show.

Due to the success of the new-shaped Arto and the introduction of the new 2015 Flair model, N+B is already operating a waiting list as production has already sold out for both models up until March 2015.

Nick stated, “This is a huge commitment for us and the order equates to over £3.5m.  Niesmann + Bischoff is now the best-selling premium brand in the UK and we certainly can’t afford to disappoint the loyal customer base and new customers alike by running out of stock early in the season”.

This news story was reported by Which Motorhome and MMM magazines.