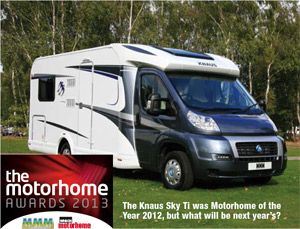 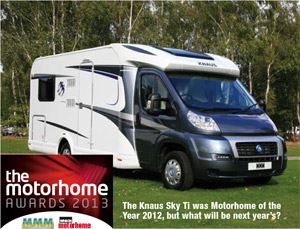 The hotly anticipated shortlist for the prestigious Motorhome Awards 2013 has been announced.

Expertly judged by the UK’s leading motorhome magazines, MMM and Which Motorhome, the Motorhome Awards are the industry’s most coveted accolades.

Presented in association with The Caravan Club, the winners will be announced in January. 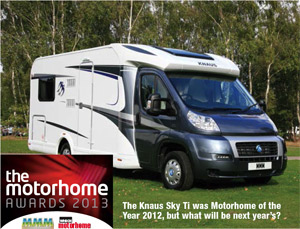