Swift Group to supply motorhome for Team WIGGINS in 2015 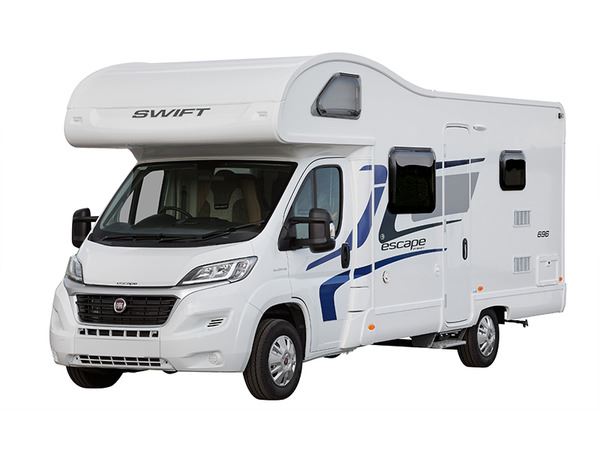 Team WIGGINS gets own motorhome

Leading UK motorhome manufacturer Swift is to supply a motorhome to the cycling team set up by Sir Bradley Wiggins. The team has been awarded a UCI Continental licence for 2015, and will race both at home and abroad.

The Swift Escape motorhome will be fully liveried in the Team WIGGINS colours along with team sponsor logos. At 3,500kg the Escape 696 is light enough for any of the team’s racers to drive it to the race venues. The layout is ideal for providing a relaxing environment pre-race, has a seating arrangement to allow for private team meetings and the bunks at the rear can be used for recovery and physio before and after competition.

Team WIGGINS will compete in their first race at the Tour of Normandy from 23 to 29 March You can follow race results at: tourdenormandiecycliste.fr

The team for Tour of Normandy is:

Sir Bradley Wiggins will join Team WIGGINS after competing in Paris Roubaix classic in what will be his last race for Team SKY with whom he became the first Briton to win the Tour de France in 2012. Upon joining Team WIGGINS his first goal will be to attempt the One Hour Record, scheduled to take place in London in June.

Whilst its riders will be preparing for the Rio de Janeiro Olympic Games in 2016, Team WIGGINS will also focus on developing British talent and inspiring cycling’s existing and potential fans of the sport.

Nick Page, Commercial Director of Swift Group commented, “It is absolutely brilliant what Sir Bradley Wiggins is setting out to achieve with  Team WIGGINS this year leading up to the 2016 Rio Olympics and we are very pleased to support the team, by providing a motorhome. Cycling is a great activity and many of our customers either take bikes with them or spectate at many of the Tours throughout Europe.”