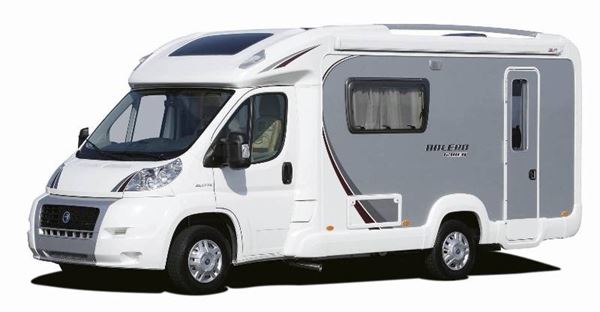 THE Bolero 630EW from Swift has been voted Motorhome of the year in the prestigious 2007 MMM Awards, run by the UK’s No1 motorhome magazine.

The Swift Bolero 630EW picked up the prize after the judges were impressed by its key features and characteristics. They said the Bolero leads the way in what can be done with the new Fiat Chassis - both in terms of outside appeal and interior ambience combined with practicality. MMM readers commented particularly on its comfortable lounge and excellent across-the-rear bathroom with plenty of room for two!

Every Motorhome considered by the judges for an MMM Award was first nominated by MMM readers. Each short-listed motorhome was also tested by one of the judges before the final decision was made.

“MMM magazine has been the best selling motorhome magazine in the UK for the last 40 years,” said Editor Mike Jago. “Our readers appreciate well made, user-friendly designed motorhomes with that little extra special something. They love the Swift Bolero 630EW.”

The MMM Awards, now in their third year, were staged at a glitzy, black tie ceremony at the Metropole Hilton Hotel at the NEC in Birmingham on December 7.

Television personality and comedian Tom O’Connor, who has been a household name for over 30 years, presented the Awards.