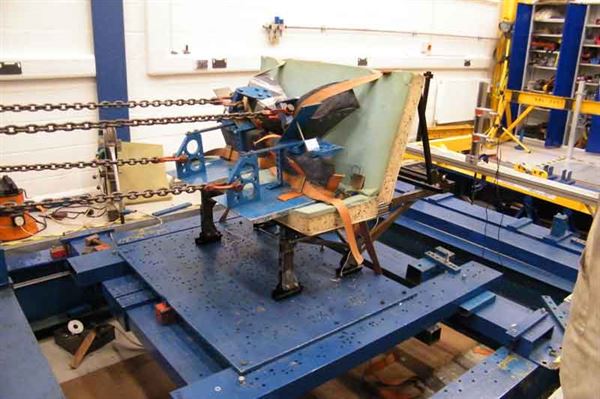 Motorhomes fitted with rear travel seats, which are built to European Type Approval standards, are set to become safer across Europe when new legislation comes into force at the start of November

The new rules mean any manufacturer that builds to European Whole Vehicle Type Approval (EWVTA) standards – and most large British and European manufacturers do – must subject the backs of forward-facing rear seats to ‘pull stress tests’ that replicate the forces seats are subject to in a crash.

Motorhome manufacturers across Europe have been subjecting their seats to the tests in advance of the new rules coming into force. Front seats in motorhomes are already fully tested and approved. Now the only difference between the tests carried out on motorhome passenger seats and those for cars are those related to head restraints and the fittings for child seats.

Head restraints are currently not mandatory on rear seats of motorhomes and nor are Isofix anchorage points. Isofix are used to fasten childseats to the frame of a vehicle. Some motorhomes now have Isofix and many now come with rear seat head restraints, despite neither being mandatory. But, where head restraints and Isofix are fitted by manufacturers into motorhomes, they have to comply with the relevant European regulations concerning passenger vehicles.

Have a look at the video below, its a similar test to what the new seats will have to go through...