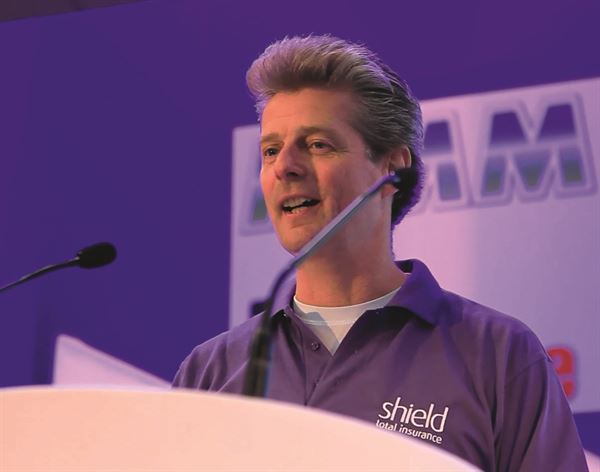 Speaking at the recent National Motorhome Show, Shield Total Insurance Client Director, Nigel Coppen, told motorhomers that, despite average claims costs rising by over 39% in that time, average premiums have remained constant, at around £250.

Nigel added that windscreen claims typically represent around 46% of the number of claims recorded by Shield each year.

“Whilst the cost for a motorhome windscreen replacement has not risen in line with the average claims cost in recent years the variance of cost can be extreme,” he explained. “This variance will depend on the make and model of the motorhome and can range from £330 for a Fiat Ducato to as much as £6,000 for a large A-class.”

The trend of lower motorhome premiums is mirrored by other insurers and brokers.

Caravan Guard Managing Director, Ryan Wilby, says that its average premiums are now lower than any time in the last two years. “Of course it’s impossible to completely predict future claims but we have become increasingly sophisticated in analysing historic claims data to show which types of customer are statistically likely to make a certain type of claim,” he added.

Gerry Bucke, General Manager at broker, Adrian Flux Insurance, says that premiums for motorhome insurance have been falling in a very competitive market.

Richard Morley, Operations Director for Sureterm Direct, said that claims costs across the motorhome sector have seen a rise, especially in the early part of 2014 due to increased storm and flood damage losses.
He said: “Claims have also been rising as there are simply more motorhomes on the road – with increased numbers of people now choosing to invest in one during their retirement.” In spite of this, Sureterm says its average premium is £208.

Ben Cue, Head of Operations at Comfort Insurance, explains that there are issues with providing statistics on claims, due to the many variants used to compile them, with every insurance company using its own pricing matrix.

“However, a simple statistic that shows a strong trend with motorhomes is that in 2013 over 50% of Comfort’s claims were for windscreens. Now with much recent coverage stating how premiums for car insurance are down, figures such as this show that motorhomes have very specific trends in their claims. It is therefore imperative that motorhome owners use a specialist provider, whoever that may be.

“It is the specialist providers that know the risks motorhome owners specifically face and tailor the policy accordingly. This is why, despite recent articles stating that car premiums are down, this is not reflected in motorhome insurance as it is its own class of insurance.”


To view the seminars from the National Motorhome Show in Peterborough, including the talk from Nigel Coppen, click here.