Hymer to stay in UK market 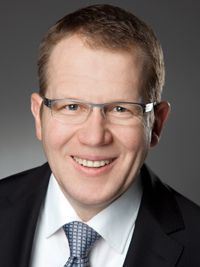 Hymer will remain in the UK despite ending an agreement that made Brownhills its sole importer.

In an exclusive interview in MMM's February 2012 issue, Jorg Reithmeier, the man responsible for sales and marketing at Hymer, told MMM that the UK had been one of the manufacturer’s largest markets and that he will work to see that situation return.

In the run up to 2008/9, some 500 British buyers opted for a Hymer motorhome. But since then, sales have plummeted and, with the closure in late-2011 of Hymer UK - the Brownhills site in Preston that had handled the import of new Hymer motorhomes – the future of Hymer in the UK was thrown into doubt.

Now, the company has spoken for the first time about its plans to re-establish itself here. “Overall our strategy for the UK market does not change despite the internal problems our importer had,” said Jorg. “We see a big potential there and are committed to the market.”

The problems began (as with several other European manufacturers) when the exchange rate went against the euro in 2008 making imported motorhomes significantly more expensive almost overnight. This meant a surplus of UK models that did not sell. At the same time there were problems at Brownhills. “So we found we faced the challenge to stay competitive in the UK, despite the negative exchange rate,” says Jorg. It took until last year to destock those models which were ordered at the peak but which never had buyers when the market fell away. The problem was that stock was ordered by dealers not end customers.

Hymer has learned from its recent bad experience in the UK. It has now changed the way it manufacturers and, inline with much of the industry, now only makes motorhomes to meet customer orders rather than building them in the expectation (or hope) that they will sell over a set period. “Our philosophy has changed, we don’t work with high stock now.”

However, Hymer is still faced with an overstock of British motorhomes, although not on a major scale – it has some 30 unsold right-hand drive 2011 models left to sell. But, while there will be no major discounting to shift these Euro 4 models on, buyers can expect some opportunity to strike a deal if they are happy to drive a Euro 4 rather than Euro 5 Hymer.

Hymer has also changed the way it deals with the euro/sterling exchange rate. While on the face of it, this sounds only of limited interest for motorhome buyers, in truth it is big news. It means Hymer prices will no longer be subject to major fluctuations driven by the exchange rate, which, he admits, will expose ‘the mother company’ to the risk of the fluctuations of the money market rather than dealers or customers. This means no price shocks for customers when the get their final invoice.

“We are quite optimistic now – we have the right product and will have the right dealer network,” says Jorg, who points out that no British manufacturer makes A class models. This means it is an equal battle between European imports to attract British buyers to their A-classes. Of course Hymer makes more than just A-class motorhomes and as the models decrease in size and weight, so the competition gets tougher.

Jorg’s enthusiasm for the British market becomes clearer when one realises that, at its peak three years ago, this market was accounting for 10 per cent of Hymer’s worldwide sales. That is a market worth fighting to get back. “We will get back to that [level of sales],” he says. “We will not pull out of the British market.”

This is why he has resolved the exchange rate issue, and this is why he is working with a third-party finance company to ensure the dealers he appoints do not have difficulty financing the Hymer models they import.
But before sales will show any sign of increasing, Hymer must appoint a full dealer network – although we now know that network will include its former importer.

Following what Jorg described as an “intense and constructive meeting” with Brownhills management, it was agreed that Brownhills will sell Hymer motorhomes but only as a dealer not an importer - an amicable agreement he says.
Brownhills will be one of an anticipated six or seven outlets selling Hymer next year. The other dealers have yet to be appointed but it is expected that, following the signing of contracts with a new Hymer agent, they will be in place by the middle of 2012.

But don’t expect any dealer to be appointed. Despite what has happened, Hymer says it will only appoint dealers who will live up to its high expectations of customer service. “We need dealers who are capable of fulfilling the expectations of our customers,” says Jorg. “These have higher expectations than customers of other brands.”
The agent Jorg refers to, who has yet to be named but who knows the motorhome market well, will work solely for Hymer and will be the middleman between the German manufacturer and its British dealers. “Brownhills is just a dealer now,” said Jorg. “We will build up a network of seven or eight dealers in the UK, Brownhills will be one of them.”

Once this network is in place, expect a renewed effort by the famous German manufacturer to rebuild confidence in its marque.

It should be noted that the changes at Hymer do not affect the other marques owned by Hymer AG but which are operated independently, ie, Burstner, Laika and Niesmann + Bischoff