Ford commercial sales on the rise 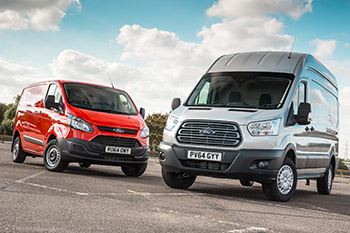 Mark Ovenden, Ford of Britain chairman and managing director, said: “Fiesta is an outstanding success for Ford in the UK market and this is now being matched by our extended Ford commercial vehicle (CV) family, with total Transit nameplate sales, for example, exceeding those of any car in the UK – apart from Fiesta.”

Sales of all commercial vehicles in November were up 4.2 per cent at 29,245, compared with November 2013, but Ford’s CV sales outstripped that by some margin with a 24.8 per cent increase at 7,287, compared with November 2013.  Yearly figures for UK commercial vehicles showed an increase of 13.1 per cent to 333,728 sales, while Ford CV sales raced ahead, up 23.6 per cent with some 80,192 vehicles sold. In the new Ford light commercial range, the Ford Transit Courier has quickly taken leadership in its segment, joining the Ford Fiesta Van as further LCV segment leader for Ford.

Read reviews of all the latest motorhomes in the digital version of Which Motorhome magazine.