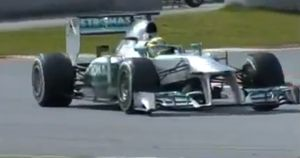 Formula 1 drivers are set to have a much longer walk in the paddock, with F1 chief Bernie Ecclestone green-lighting a plan to move teams motorhomes around in order to create a better atmosphere for drivers, fans and the media around the paddock.


The aim of this was to prevent drivers spending just a few seconds in the paddock each day as they nipped straight from their motorhomes to the garages and back again.

AUTOSPORT has learned that the changes to the long-established paddock protocol will now stay in force after Ecclestone felt that the new way of ordering the teams was an improvement for media, fans and television coverage.