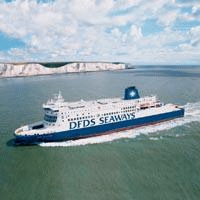 Cross-Channel ferry operator DFDS Seaways' New Year’s Resolution is to try and reunite items left on its ferries with their owners.

Last year, Dover Harbour Board handed responsibility for lost property found on ferries, and around the Port over to the ferry operators. Since then, the operations team at DFDS Seaways has worked hard to reunite many lost items from its vessels, and corresponding areas in the Port.

Some items have been successfully restored to their owners. One boy, for example, was reunited with the teddy bear he thought had been lost forever, and was delighted to discover that his teddy had sailed to France and back.

Other success stories include a man reunited with his wallet, with all the money intact, as well as a priceless photo of his father. Another widow was also reunited with a sentimental item that belonged to her late husband.

Other items lie languishing in the depths of Dover Port, waiting to be reclaimed. Among those are the usual suspects that you might expect to see, including mobile phones, glasses, keys etc, but there are also some surprising things left behind, including a pushchair, keys to a safe, and even a white shoe!

Other valuable lost property includes 54 passports and ID documents, which remain unclaimed, one wedding ring, and even a piece of medical equipment from a doctor’s bag.

For more information about DFDS Seaways (formerly Norfolkline) or if you have lost any items visit www.norfolkline.com