Carthago has most successful start to the season ever 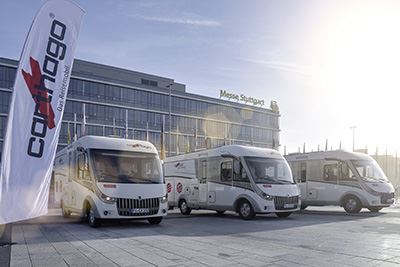 Interest and sales high at start of the season show

At the CMT trade fair, held in Stuttgart in January, motorhome manufacturer Carthago Group reported increases in sales and turnover to make it the most successful start to a year ever.

The leading European manufacturer of motorhomes in the premium class above €80,000, and the subsidiary brand Malibu, presented its complete range of models with 32 motorhomes on two stands.

Next to the new Carthago chic c-line Generation II, the e-line range was the main focus of customers’ interest. The Malibu-brand campervans also attracted the crowds. To round off the show, Carthago was presented with two awards including Motorhome of the Year 2015 from trade magazine, Promobil.

See more about Carthago and pick up the latest issue of Which Motorhome for all new motorhome reviews.