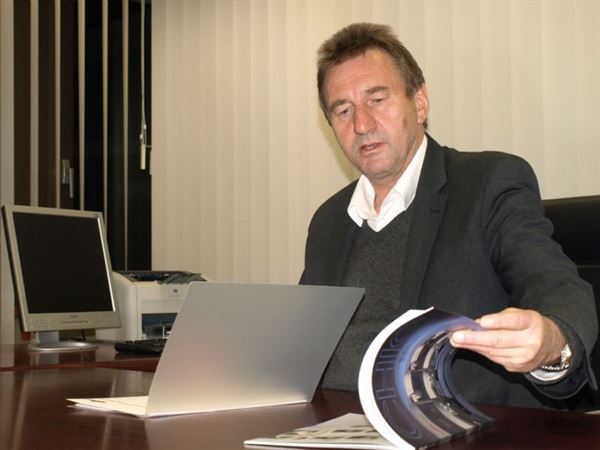 In an exclusive interview with MMM at the company’s headquarters in Ravensburg, Germany, Carthago’s founder and CEO, Karl-Heinz Schuler, said the German manufacturer of coachbuilt motorhomes will target Hymer and Rapido customers as part of its strategy to grow its share of the market by a massive 25 per cent every year for the next three years.

Such growth sounds like fantasy. But one must consider the recent success enjoyed by Carthago: over the past three years the turnover of Carthago Group increased from euro 62 million to close to euro 150 million. Over the same period it has almost doubled its workforce and increased its European dealer numbers from 57 to 150.

“We have a clear aim: we want to be a big player in the industry,” says Karl-Heinz. “However we are committed to remaining a company with a face – a lean, fast and flexible company with short decision-making paths – we don’t ever want to become a cold rigid corporation,” he adds with a dig at his nearest competitor – Hymer. “We want to lead the industry in terms of innovation, quality and design.”

And later this year, it plans to open a new 100,000sqm, euro 20 million production facility just outside Ravensburg in Germany (just down the road from its rival Hymer’s headquarters). This new plant will build motorhomes at the higher end of the Carthago portfolio, while its manufacturing plant in Slovenia, which opened three years ago, will continue to build its entry-level models.

Carthago motorhomes are selling well in Europe despite (or perhaps because of) the euro crisis. In its home market of Germany, sales have grown 40 per cent according to Karl-Heinz. It is also seeing double-digit growth in the other major European markets – France, Italy and Scandinavia. As a result it is now exporting 55 per cent of its motorhomes to European countries, including England.

However, in England growth has stagnated, which can be put down in part to the fact that its presence here is small. While its product is well respected, it only has two dealers serving the whole of the UK.  This indicates that the German manufacture is concentrating on other European markets, especially those that trade in the euro. “Not so,” protests Karl-Heinz. “We will increase our dealer numbers, but I just can’t say when.”
Carthago, he points out, used to sell 50 to 60 models in the UK a year.

His reticence about when, and if, he will increase his dealer numbers here is not because Carthago does not want to expand the number of its UK outlets, but more because it is finding the UK market difficult to predict. Karl-Heinz also admits that with no UK agent plus this lack of insight into the British market, he is unsure when to appoint more dealers to sell the marque.

“We don’t know the UK market well enough,” he admits, adding that the difficulty with the sterling to euro exchange rate has also caused his problems, although he points out this is not unique to Carthago but is the case for all European manufacturers selling motorhomes here.

But, despite being pushed, Karl-Heinz would not commit to follow the lead of his nearest rival, Hymer, and introduce a fixed sterling price for imported Carthago motorhomes. This means the showroom price may not be the price charged when a new motorhome is delivered, as the exchange rate may fluctuate pushing the sterling price higher.

On the other hand, Hymer, along with some other European manufacturers, has agreed to introduce sterling prices that are fixed for a set period, so the price you see in the showroom is the price you will pay regardless of what happens to the exchange rate between paying your deposit and taking delivery.

It is likely that Carthago will follow suit and introduce pricing stability, as this will not only reassure potential customers but also make it easier to appoint more dealers.

But while Karl-Heinz debates the advantages of fixing a sterling price and appointing more UK dealers, what is beyond doubt is the quality of his motorhomes, the massive increase in sales of Carthago motorhomes across Continental Europe and the innovation for which his motorhomes are renowned.

“Each Carthago motorhome stands for superior quality, exemplary living, sleeping and driving comfort, sophisticated and reliable technology and for a unique brand-specific design,” he says.

What has also made his motorhomes more attractive is the introduction of the new C-Tourer (see MMM March 2012 for the first road test of the new C-Tourer), which is a more affordable Carthago that has been received well by reviewers and buyers across Europe.