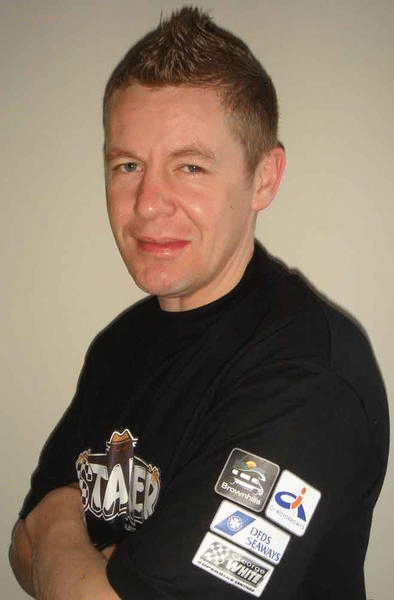 British superbike rider Chris Walker (pictured) is being sponsored by C-I during 2011 and will have a Carioca 694 motorhome parked in the paddock of all race and practice sessions during the 2011 season.

The sponsorship has been arranged in conjunction with motorhome mega-dealer, Brownhills, which has four C-I dealerships across the UK.

Brownhills' logo, along with that for C-I, will feature on both shoulders of Chris’s leathers as well as on team T-shirts.

Kawasaki rider Chris has become known as the fans’ favourite thanks to his long and consistent career and he lives in Lincolnshire, home county of C-I in the UK.

“The invitation to support Chris Walker was too good to miss and we are more than happy to be involved with his 2011 season,” said Scott Stephens, UK general sales and marketing manager for C-I and Roller Team motorhomes.

“Our logo on Chris’s shoulders puts us in pole position among sponsors. His popularity with fans makes him a frequent post-race television interviewee and his action shots regularly appear in the motorcycling press.”

Chris said he was looking forward to the 2011 season, with his Carioca 694 providing plenty of comfortable relaxation space.

“It’s important before a race or practice session that you are in the right frame of mind and having somewhere to collect your thoughts and focus on the ride ahead is a vital part of preparation,” he added. “The C-I 694 has a generous living area and I’m going to enjoy having one as a home from home during 2011.”