Bürstner appoints The Leisure World Group as a motorhome dealer 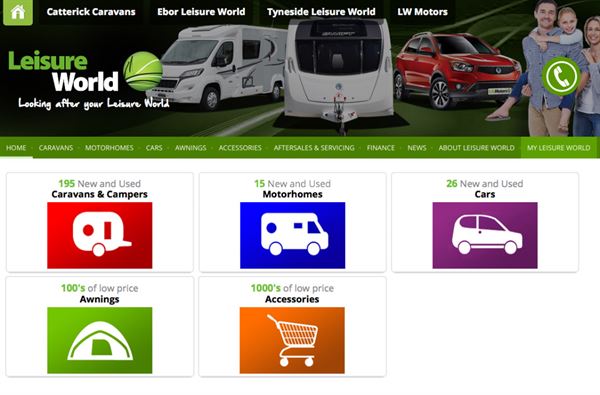 German motorhome manufacturer Bürstner has appointed the Leisure World Group, who have their main depot in Catterick, North Yorkshire, as their agent for the North East of England and the Border Counties area. The eight acre Catterick super site will carry the largest selection of Bürstner vehicles which will also be represented at the group’s other sites in York and Birtley near Newcastle.

Catterick Caravans was established in 1984 by the Kinsell family and is now owned and run by the third generation brothers, Chris and Matthew Kinsell. The company is part of the Leisure World Group which was formed some three years ago when Chris and Matthew added the businesses of Tyneside Leisureworld, in Birtley, Newcastle and Ebor Leisureworld in York to their existing business at Catterick.

The company has enjoyed many years of exceptional growth in the caravan sector and, following demand from their customer base started the sale of new motorhomes three years ago. Commenting on the appointment Matthew Kinsell, Commercial Director of Catterick, said, “The addition of Bürstner to our existing brands gives us the representation we were looking for at the premium end of the market, enabling us to offer the full gamut of motorhome styles to our customers. Bürstner’s outstanding reputation for innovation and quality means we can now offer our customers the whole range of motorhome styles and prices, from compact coachbuilt models to fully integrated A-class vehicles. We look forward to welcoming both potential and existing owners of Europe’s best-selling brand.”

Bürstner’s UK Sales and Marketing Manager, Ian Knowles, commented,“Bürstner has built an enviable following in the UK and we are delighted to be associated with Leisure World and their award winning reputation for customer service. The appointment of the Leisure World Group means that we can now look after, and expand, our existing customer base in the region between the Humber and the Scottish borders and build upon this to further establish Bürstner as the leading European brand in the UK.”

The first 2016 models have already been shipped to Catterick and will be supplemented by further demonstrator models later this year.