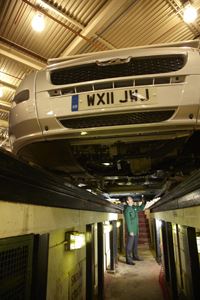 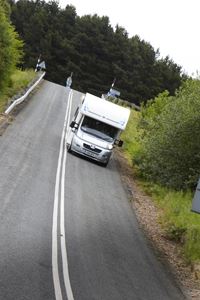 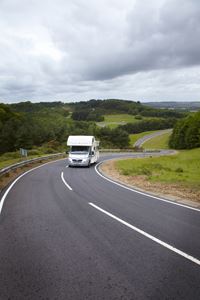 
Here are the first pictures of the new Bailey motorhome as it undergoes final testing at the secret Millbrook vehicle test facility.

Prior to launching its new motorhomes in October, Bailey Motorhomes has embarked on the most intensive pre-production motorhome testing programme we have ever heard of.

This has included assessing its revolutionary motorhome bodywork construction that’s capable of taking those aforementioned bangs, wallops and more, plus crash-testing exercises.

Factor in some initial “in the field” testing that has already been undertaken by key Bailey staff and their families. That goes right up to company boss Nick Howard, who took his family to France for some touring, in the process becoming a convert to the motorcaravanning way of life.

Meanwhile, as well as using the services of institutions such as the University of Bath, there has been an extensive formal testing programme at the Millbrook Proving Ground in Bedfordshire, one of the leading test centres for all kinds of automotive vehicles.

But, you could say the story starts some 63 years ago. From its Bristol base, Bailey has been manufacturing touring caravans since 1948. Today, it is the biggest brand name in that market. The company has long threatened to enter the motorhome sector, and the reality is about to happen, with an official launch firmly penned in for this October’s Motorhome and Caravan Show at Birmingham’s NEC.

But it was the move towards its Alu-Tech bodywork system in 2009, now used for all its touring caravans, that paved the way for motorhome production. Indeed, its applicability for motorhomes was very much part of the initial design and production brief for this, something of a revolutionary move in the caravan field. Early proving of its motorhome potential was also considered key.

During the testing at Millbrook, the prototype motorhomes were subject to cold chamber (for insulating and heating performance) testing and accelerated life (road testing exaggerating real life conditions), as well as the crash testing of the body structure, rear seating, interior furniture and fittings of which we will report the results in a future issue of MMM magazine.

On the way with Alu-Tech

Alu-Tech is a timber-free construction that relies on bolt-and-bracket fixings at the corners to give the whole motorhome a uniquely high rigidity. The timber is replaced by a plastic wood and there are gloss-finished GRP inner and outer walls with high-density insulation. Plastic corner sheaths are sealed on and a polyurethane bonding agent is used for the cab/caravan interface. The result is actually some 30 per cent thicker than conventional coachbuilt panels.

It doesn’t completely nullify the possibility of water ingress (the bane of any coachbuilt motorhome), but the construction literally gives water nowhere to go so any ingress can be spotted immediately, and there’s nothing in the construction for water to rot.

Here, the whole motorhome is in a controlled temperature room, and taken down to -15 degrees C. Sensors are placed throughout the interior to measure the exact temperature at key places, including the cab (the area where most heat loss is felt in any coachbuilt motorhome). Typically, also, it’s the washroom that’s the warmest place, not just because it’s a smaller, enclosed area, and often early in the run of heating outlets, but because it benefits from the extra insulation of additional lining materials.

Turning on the motorhome’s heating system brings the interior back up to 20 degrees C and results in as much as a 32-35 degrees C difference between the constant -15 outside and the cosy inside.

Here the aim is to attain an independent Grade 3 rating (where the company’s caravans have already achieved this, and that was using their heating on electric-only setting).

Earlier work with thermal imaging cameras, to find any cold spots, had already seen the provision of extra insulation in footwells and wheel arches, for example.

The near-finished motorhomes have been taken out on the test track for handling, speed and braking evaluations that are actually the equivalent of a structural durability testing programme equating to six years’ use.

The testing itself took place over 14 days, covering over 1,000 miles but is reckoned to be the equivalent of 60,000 miles’ normal road travel. Bailey believes it is the only company to have undergone this level of testing (some others do this, but we’ve yet to hear any reaching these levels).

This includes driving over Belgian pave roading, hill work on inclines of seven per cent and 11 per cent (including reversing), driving through potholes, “twist humps” and driveway ramps.

One critical aspect here, and frankly one where so many motorhomes simply fail to pass muster, is the dampening of noise. 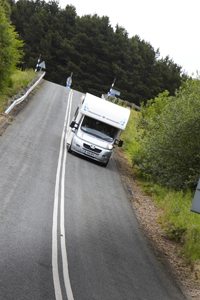 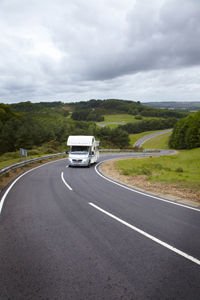 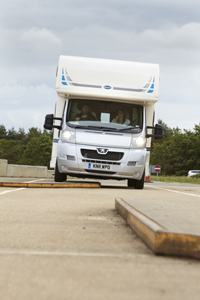 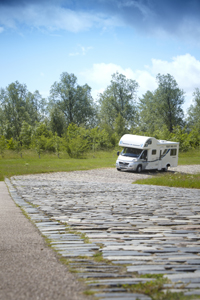 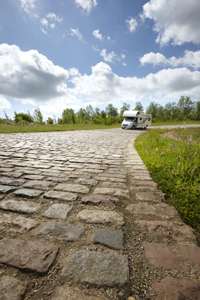 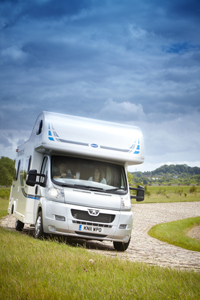 To read the full feature on Bailey's motorhome testing process, see the August issue of MMM magazine, out on sale today! Click here to buy.