Bailey on the trail of Shaun the Sheep in Bristol 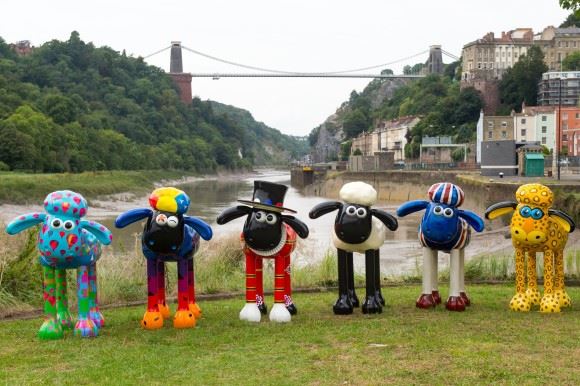 Bailey of Bristol has announced it is to be an official sponsor of the Shaun in the City Bristol art trail which will see a flock of 70 giant Shaun the Sheep sculptures sited at various iconic locations across the city from 6 July to 31 August.

Like the ‘Gromit Unleashed’ trail in 2013, Shaun in the City hopes to attract huge numbers of fans and tourists to Bristol this summer to see the five-feet high Shaun the Sheep sculptures, each unique and created by a different artist, designer or famous face. They can all be found by picking up a free trail map from information points all over Bristol, downloading a map from the Shaun in the City website or downloading the official Shaun in the City: Sheep Spotter app, which also gives users access to special challenges and trophies.

The Bailey-sponsored Shaun the Sheep sculpture will be located by the stunning, 800-year-old St Mary Redcliffe Church, famous for its world famous organ, 18th century ironwork and beautiful stained glass windows, which is just 10 minutes’ walk from Bristol Temple Meads railway station. The sculpture’s design is top secret and will not be revealed until July.

This spectacle, follows the Shaun in the City trail in London earlier this year which featured 50 sculptures. Shaun in the City is organised by the Wallace & Gromit’s Children’s Foundation, which will auction all the sculptures this autumn to raise money to support children in hospital across the UK. Funds raised from the auction of the Bristol sculptures will support The Grand Appeal, the Bristol Children’s Hospital Charity and proceeds from the sale of the London sculptures will benefit Wallace & Gromit’s Children’s Charity, which supports children in hospitals all over the UK.

Aardman Animations’ Shaun the Sheep was created in Bristol by Nick Park, who commented, “It’s been a busy year for Shaun, he has just launched his first movie and now he has his very own arts trail! Shaun is such a well-loved character with so many fans around the globe, I am sure many will flock to Bristol to be part of the fun.”

There are more details about Shaun in the City and its associated fundraising activities available at shauninthecity.org.uk and grandappeal.org.uk, plus social media updates @shaun_inthecity, @shaunthesheep and @thegrandappeal. More details about Bailey Motorhomes.