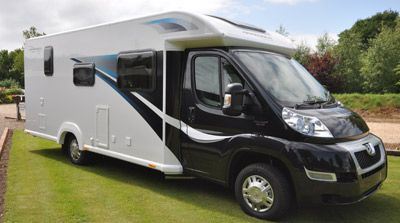 Standard equipment on the 740, and across the entire Approach Autograph range, includes:
All models sit on a an ultra-low profile Al-Ko chassis and are based on a 2.2-litre HDi Peugeot Boxer, with a 130bhp Euro V engine and six-speed manual gearbox.

In addition to the 740, the Bailey Approach Autograph range consists of the:
The range will be available from approved Bailey dealers from early August 2013 onwards.

For the full review of the Bailey Approach Autograph 740, see the September 2013 issue of Which Motorhome magazine (out 8 August).

You can read an edited version of the Approach Autograph 740 review in the Reviews section, NOW.

To find out more about Bailey of Bristol visit www.baileyofbristol.co.uk