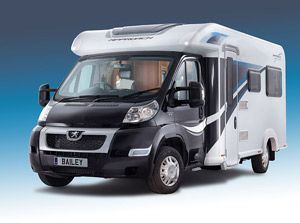 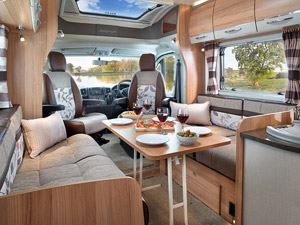 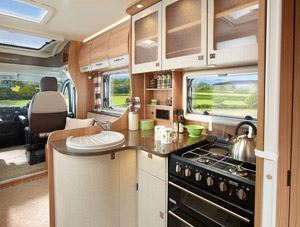 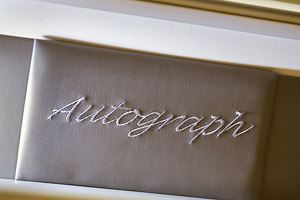 After just two years making motorhomes, Bailey of Bristol, has taken the industry by storm after it launched the first drop-down bed in a low-profile motorhome built by a British manufacturer.

The new coachbuilt motorhome is part of a new line-up called the Approach Autograph.

These new Autographs are immediately recognisable from their forebears thanks to their black (graphite) Peugeot cabs.

Under the bonnet are 2.2-litre 130bhp diesel engines coupled to a manual six-speed gearbox as standard. Drivers and passengers benefit from cab air conditioning, adjustable swivel seats with twin arm rests, dual airbags and cruise control all as standard.

These cabs are mated to a lower and lighter Al-Ko chassis, while a re-style of Bailey's Polar White Alu-Tech bodyshell features a neater low-line luton and a re-designed rear with new lower moulding, as well as new graphics. New underneath is a wind-down spare wheel carrier.

A series of simulated crash tests last year led Bailey to introduce strengthening modifications to the floor and furniture in the habitation area to improve the safety of rear seat passengers. These safety modifcations have been carried through into this new range of coachbuilt motorhomes.

There are five low-profile models in the Autograph range: 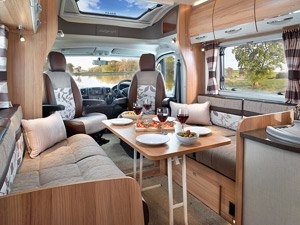 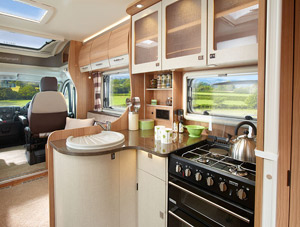 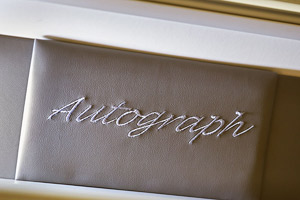 Specification has been upgraded across the range, to include: Inside, the Autograph has new cabinetwork with duo-tone doors, high-gloss worktops and new ambient lighting. There’s a choice of Trafalgar or leatherette Piccadilly fabrics, each with reversible scatter cushions.

A narrower, shorter pair of Approach Compacts will follow in time for the October NEC show.

"With the introduction of the Approach Autograph range, the Bailey motorhome really has come of age," the company said at the launch. "Featuring a level of refinement which only experience can bring, the new range benefits from enhanced specification levels, a striking new look beoth inside and out, whilst at the same time retaining the popular key elements of its predecessor."


For the exclusive full five-page review, featuring in-depth analysis and verdict, see the August 2013 issue of MMM magazine (out 25 July).