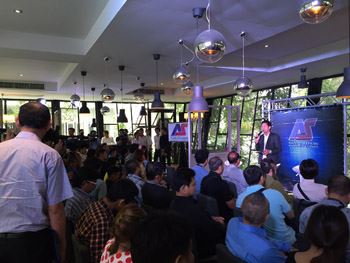 One of the UK’s leading motorhome manufacturers, Auto-Sleepers, has entered into a distribution agreement with Motorhomes and Caravans Thailand Ltd. The new venture was announced by Wirach Chitsamankhun and Sitticheep Somkearti, who have spent the last five years building up their expertise in motorhomes while running their existing businesses. The announcement, made in Bangkok, lead to the launch of the flagship Auto-Sleeper Mercedes range of motorhomes at the Bangkok MotorExpo, which runs until 10 December.

David Williams, Auto-Sleeper Sales Director, commented: “Thailand is an amazing Country with an incredible culture, which represents a huge opportunity for Auto-Sleeper Motorhomes and after witnessing first hand the impeccable standards Wirach and Sitticheep are working to, we are understandably very proud that they have chosen Auto-Sleeper Motorhomes to be the backbone of their new venture and very much looking forward to working closely with them in the exciting years ahead”. 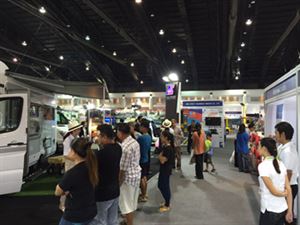 The Thailand operation plans to start local assembly by mid-2015 to benefit from falling import duties and the increasing popularity of camping trips. It is much cheaper to import auto parts than complete vehicles, which are subject to tariffs of up to 220 per cent. Sitticheep Somkearti, Sales and Marketing Director, commented that, “We'll focus initially on assembly, with all major auto parts to be imported." The chassis and homes will be imported separately.

While the Thai motorhome market is small, but stable, at only 100-200 vehicles per year, Sitticheep added that “Motorhomes are a niche market, but one that has room to grow.” The firm expects booking order for 10 vehicles this year and hopes to sell 50 annually, from 2015.

The Auto-Sleepers partnership with Motorhomes and Caravans Thailand Ltd also avoids restrictive Thai laws that prevent any foreigners from buying and owning Thai land and also that any foreign business in Thailand needs to have 60 per cent ownership and management by Thai nationals.

Read more about Auto-Sleepers or pick up the latest issue of MMM magazine for motorhome news, travel and reviews.