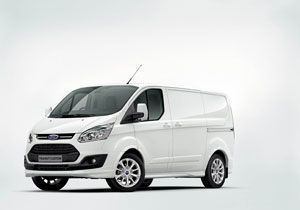 The basis of a new-generation of campervan panel van conversions will make its global debut at the Birmingham CV Show, as the all-new Ford Transit Custom is unveiled.

Representing a new era of Ford one-tonne vehicles, the Transit Custom is the first main step in Ford’s move to refresh its entire commercial vehicle line-up by 2014 and is set to bring “new levels of style, driver appeal and functionality”.

In October, a two-tonne Transit will be unveiled, which will form the basis of coachbuilt motorhomes.

According to Ford, the new model has lost none of the legendary Transit toughness and value, however, combining class-leading load-carrying ability, impressive durability and attractive cost-of-ownership – with best-in-class fuel economy.

This is courtesy of an improved version of Ford’s 2.2-litre Duratorq TDCi diesel engine.

It will also come with auto-start-stop as standard, which Ford says will deliver combined fuel consumption of 42.8mpg and 174g/km CO2 emissions – a reduction of up to 8 per cent on the equivalent current Transit.

However, it is understood that this will be an option for campervan converters and coachbuilt motorhome manufacturers.

More details of the new two-tonne Transit, will be revealed on www.outandaboutlive.co.uk next week.