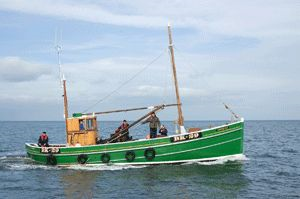 With Arbroath Sea Fest less than two weeks away, preparations are underway to transform Arbroath Harbour into the venue for one of the most popular annual events along the east coast of Scotland.

This year’s Sea Fest, which is being held on August 4-5, has a 1940s’ theme. As Sea Fest weekend approaches, several historic fishing boats will soon be sailing into the harbour, including the North East Maritime Trust’s Sovereign, Favourite and Rachel Douglas, which are very similar to the boats which fished out of Arbroath Harbour in the 1940s.

Gates open at 10am on Saturday, August 4 and 11am on Sunday, August 5, with the admission charge of £3 (children under the age of five free) including children’s activities such as free face painting.

Touring in Scotland? Find your perfect pitch with Campsite Finder