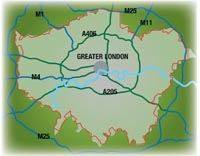 MOTORHOME owners will be affected by the London Low Emission Zone (LEZ) which is being put into place to reduce road traffic emissions.

To quote Ken Livingstone: ‘That is why I am proposing to make the whole of London a Low Emission Zone, so that the most polluting diesel-engined lorries, buses, coaches, minibuses and large vans are deterred from driving within our city.’

Currently, and despite strong representation from within the motorhome industry, this scheme includes motorhomes.

The proposed scheme is all set to go ahead from February 2008, though charges will be introduced to different categories of diesels at different times.

Motorhomes with a GVW of more than 3.5 tonnes, with Euro III emissions or better, will comply and will therefore not have to pay the £200 daily charge instigated in July 2008.

However, the level of exemption is planned to rise to Euro IV in 2012 – that’s only just over four years away.

Motorhomes with GVW between 1.205-tonnes and 3.5-tonnes will not have to pay the £100 daily charge until 2010 when they must comply with Euro III emissions to escape the charge.

Petrol powered motorhomes, of whatever age, will not be required to pay the daily charge. Also, classic motorhomes registered before 1st January 1973 will be exempt.

Where does the LEZ cover?

This zone covers most of London. Vehicles using the M25 motorway will not be subject to the charge.

Road signs will warn you when you are passing into the LEZ. With no barriers or toll booths, the zone will be monitored by cameras registering your number plate and checking it against a database of vehicles that meet the emissions standards, are exempt, or have paid the charge.

So check your route carefully if you happen to be driving around the London area, and watch out for the signs.

Both of the Caravan Club sites that serve London fall within the LEZ – Crystal Palace and Abbey Wood.

The Caravan Club says: “While the Caravan Club supports Transport for London’s efforts to improve air quality in Greater London, it believes that the inclusion of certain motorcaravans in the vehicle types to be penalised is fundamentally unfair.

“These vehicles are for leisure, not commercial use, and their relatively low mileage and infrequent journeys within the Low Emission Zone mean that they are not significant contributors to air quality deterioration.

“Indeed motorcaravanners currently driving inside the Zone to stay at one of the Club’s London sites, tend to then travel into and around the city using the excellent nearby public transport links rather than drive in each day.

“The Caravan Club has responded in detail to Transport for London’s consultation since the LEZ was first proposed, and is disappointed that its views and concerns have fallen on deaf ears.

“It will continue to make representation at the highest levels, including the Mayor’s office, along with industry colleagues in the Society of Motor Manufacturers and Traders (SMMT), the National Caravan Council, and the Motorhome Information Service.’

If you are a Camping and Caravanning Club member, you’ll be pleased to know that neither of this club’s London sites – Chertsey and Walton-on-Thames – is situated within the zone.

•    A full version of this London Low Emission Zone feature appears in the September 2007 issue of MMM.