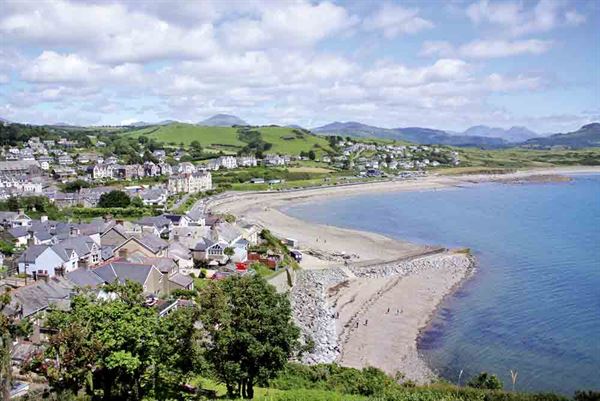 Words and photography by Geneve Brand

With the weather forecast looking good for the weekend, my husband and I wasted no time in throwing the essentials into our trusty classic Volkswagen campervan and setting off for Snowdonia as soon as the working week was done.

The journey took around four hours, so we were very pleased to find that the on-site bar at Tyddyn Llwyn Camping, Caravan and Touring Park near Porthmadog was still open and happy to check us in and serve us a well-earned pint of real ale upon our arrival at 10pm.

The next morning, we were up bright and early in preparation for a big day out. Although we’d been up Snowdon a couple of times before, via the hair-raising Crib Goch route and also the more sedate Pyg Track from the Llanberis side of the mountain, the quieter, but equally dramatic, south ridge was yet to be explored.

Being a sunny morning, we figured we wouldn’t be alone in wanting to conquer this friendly giant, which is said to be the tomb of the giant Rhitta Gawr, who wore a cloak made of men’s beards and was killed by King Arthur. He gives Yr Wyddfa (Snowdon) its name, as this loosely translates as ‘tumulus’.

From the campsite, we took a short drive over to Pont Bethania just beyond the popular village of Beddgelert and secured a spot at the pay and display car park. This was already filling up quickly, despite it only being 8am. Not having had breakfast, we enjoyed a hearty bowl of porridge and a cup of tea in our ’van before setting off.

Walking Snowdon on the Watkin Path 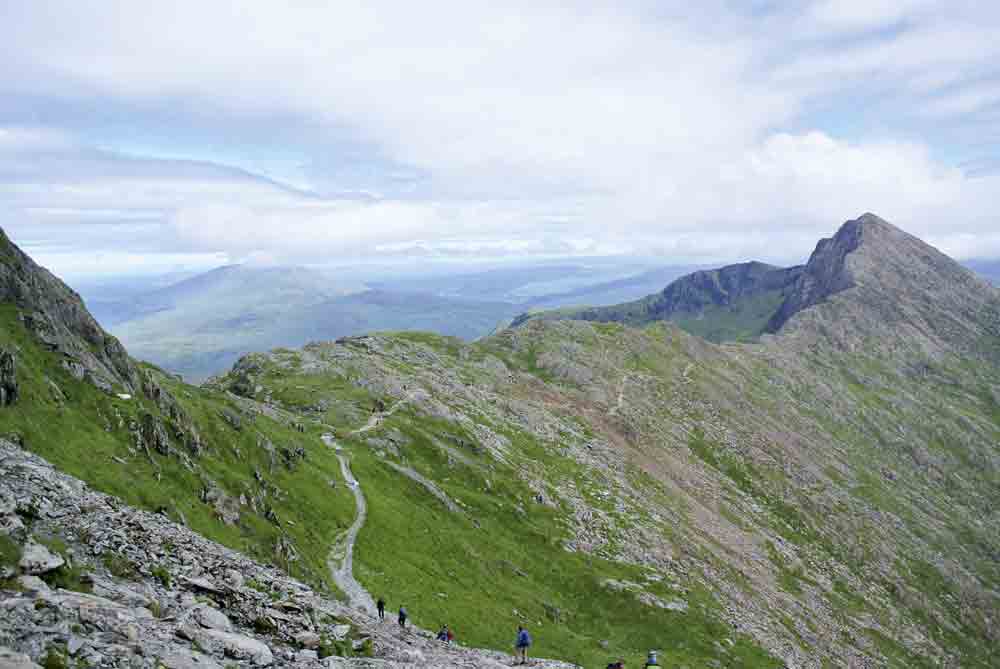 The route up Snowdon from Pont Bethania is via the Watkin Path. This path, like many of the footpaths in Snowdonia, owes its origins to its slate mining history. As a result, the first part of the hike up to the old quarry that sits in a green valley at the foot of Snowdon is an easy one.

The Watkin Path is a well-marked track that follows a river upwards and is punctuated by waterfalls that are most stunning in the morning sun. A particular highlight is the Watkins Waterfall, which is the perfect spot to stop for a break and a dip in the natural pools if you’re feeling frisky.

The path becomes steeper from here and then meanders past a number of ruined slate cottages that must have once been the dwellings of those who worked at the slate quarry. I’ve no idea how old these cottages might be or when they were last lived in, but my husband and I love to stop and stare at such places and imagine what life must have been like there.

Just beyond the cottages, the track ends as it meets what’s left of the quarry, which is marked with a monument in the shape of a large boulder, known as the Gladstone Rock. The path was named after Sir Edward Watkin, a railway tycoon who was responsible for the installation of the path that leads from the South Snowdon Slate Quarry (as it was then) to the summit of Snowdon.

This route was officially opened in 1892 by the then prime minister, William Gladstone, who addressed a crowd of 2,000. It’s hard to imagine an 83-year-old prime minister trekking up Snowdon followed by such a crowd in this day and age, but I suppose those Victorians were made of sterner stuff…

Although we could have followed the Watkin Path up to the summit of Snowdon from here, we instead chose to split off to the left to join a track that heads steeply uphill. This leads to a dramatic ridge that’s knife-edged in places; this ridge can then be followed up to Snowdon. As this isn’t the most common ascent, we soon had the place to ourselves and enjoyed an interesting break as we watched a farmer trying to train a rather lively and wayward young sheepdog! 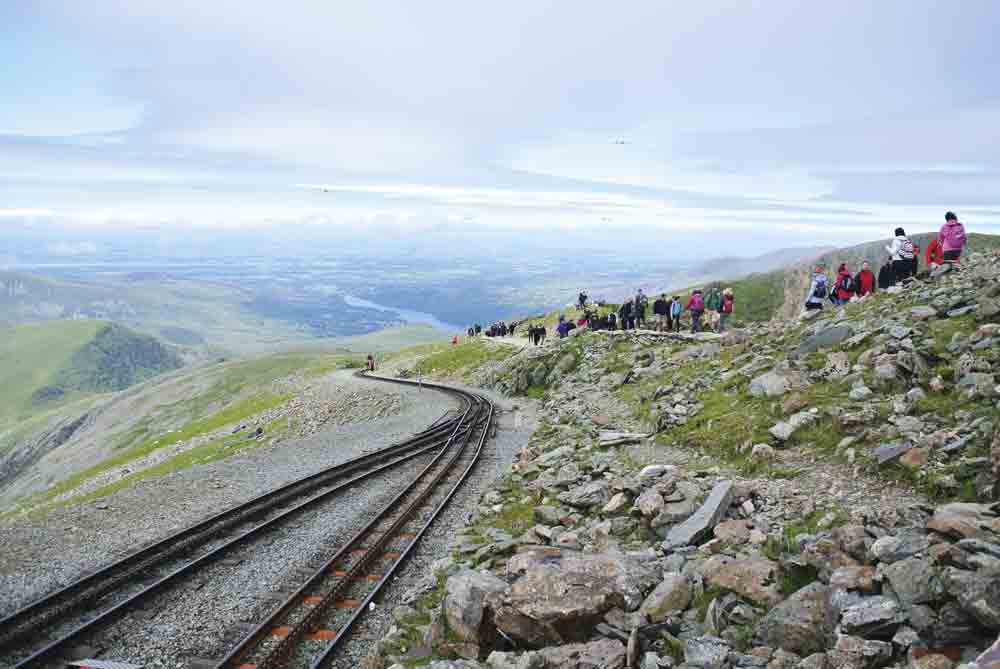 This ridge route eventually joins the Rhyd Ddu Path, which comes up from Beddgelert and which also meets the top of the Watkin Path. From there it’s a short, but steep, climb to the top of Snowdon. However, in hindsight, we wished we hadn’t bothered continuing to the summit from here.

Although the train that goes up to the top of Snowdon offers the opportunity of seeing the world from the top of a mountain to those who may not otherwise be able to get up there, the summit is quite small. As a result, there is very little standing room for everyone to appreciate the magnificent views across Snowdonia and beyond to the Irish Sea.

The smell of toilets and deep fat fryers emanating from the restaurant at the Hafod Eryri (Snowdon Summit Visitor Centre) is also quite an alien concept. I felt that the whole experience was very far removed from everything I love about the solitude and purity of the mountains.

Needless to say, we didn’t dawdle on the summit and, instead, quickly retraced our steps back to the Watkin Path and down to the quarry where we’d peeled off up the ridge earlier that day. Although it started to rain as we headed back down past the waterfalls, there were a number of people swimming in the pools who eagerly beckoned us to join them. Despite the temptation, I didn’t have a spare set of clothes to change into…

What I have so far failed to mention is that our campsite, Tyddyn Llwyn, has its own American-style smokehouse restaurant – Ty Mwg Beer & Brisket Smokehouse. The menu had not escaped our attention during our visit to the bar the night before. So, in the interest of MMM research you understand, we had booked a table.

Having worked up quite a hearty appetite by now, we were keen not to be late for our reservation! The food certainly lived up to our expectations, but hearty research is indeed tiring work and so, with full bellies, we were safely tucked up in bed by 9pm.

The following morning, we awoke to more sunshine, so we enjoyed a lazy al fresco breakfast on the grass before heading out to explore.

Not being familiar with the area, I’d heard that the nearby Llyn Peninsula was delightful and so we headed in this direction. However, we didn’t get far because the approach to the little town of Criccieth, with its pretty castle and postcard-perfect beach, is very alluring. As we came around a bend, we spotted a seafront car park with a number of motorhomes already parked up. It was a done deal! 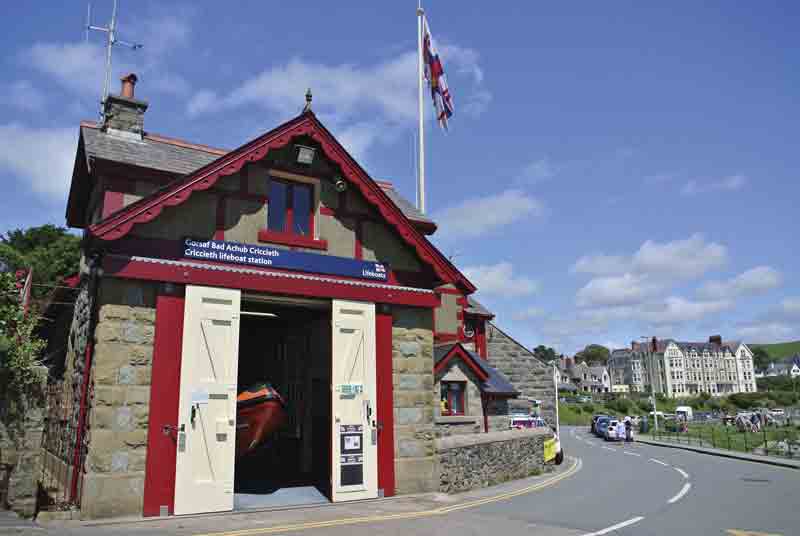 I’ve never been able to go to the seaside without instantly removing my shoes and going straight in for a paddle so, without further ado, that is exactly what we did and it was heavenly.

The beach is quite short and so we strolled up and down several times, spotting jellyfish and crabs hiding in rock pools and watching people having fun in all manner of seafaring vessels, from kayaks and surfboards to little boats and yachts.

At the head of the beach is a small pier and we sat on some rocks for a while and watched as an old tractor assisted boats on and off the shore – until the attraction of the castle above proved irresistible.

Criccieth Castle may only be small by castle standards and is a ruin, so there’s not really that much of it to see. But it is perched on a headland that juts into the sea and the views on a clear day from here are quite stunning.

The grounds around the castle are also tiered with gardens and viewpoints and plenty of benches scattered about, so it’s ideal for chilling out or having a picnic on a hot day.

We must have spent a couple of hours here, extensively testing the comfort of each bench in turn, gazing at mountains in the distance that protrude like oversized wisdom teeth and marvelling at the cove below. With its turquoise sea and little boats, the scene was somewhat reminiscent of the French Riviera.

We also explored the castle experience centre and gift shop, which is probably more designed for children and with rainy days in mind. However, I’ve never been one to turn down the chance of sitting in a plastic throne and trying my hand at some interactive, medieval-inspired games!

We could have stayed in the castle at Criccieth all day but we had a long drive home ahead and I wasn’t leaving without paying a visit to the Cadwaladers ice cream parlour that we’d passed on our way up to the castle.

Ice cream really is my primary weakness and Cadwaladers is amazing. It serves a huge selection of fantastic ice cream flavours as well as a whole range of different cones and toppings; yum!

We bought the biggest ice creams that we could physically carry and then took a slow walk down the hill, past the lifeboat station and along the esplanade back to our campervan.

We’d had the most wonderful weekend away discovering this part of Wales – and we’re already making plans for our next visit, which will be longer, much longer.

This travel feature was originally published in the April 2019 edition of MMM magazine - click here to buy a digital version of that issue.

If you enjoyed this feature, there are many more like it every month in MMM. To order a print subscription, click here. 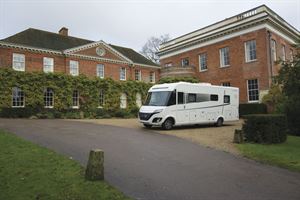 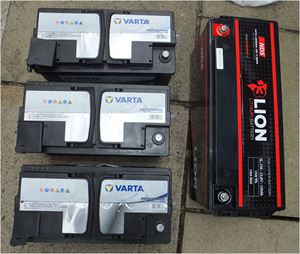 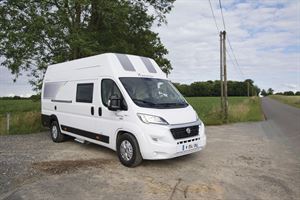 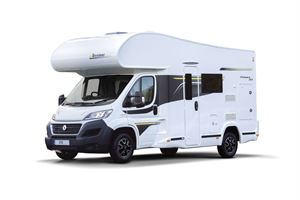 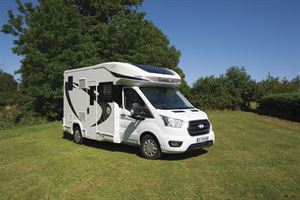 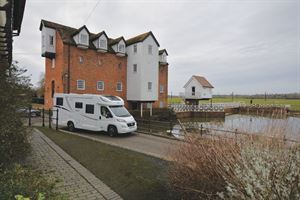