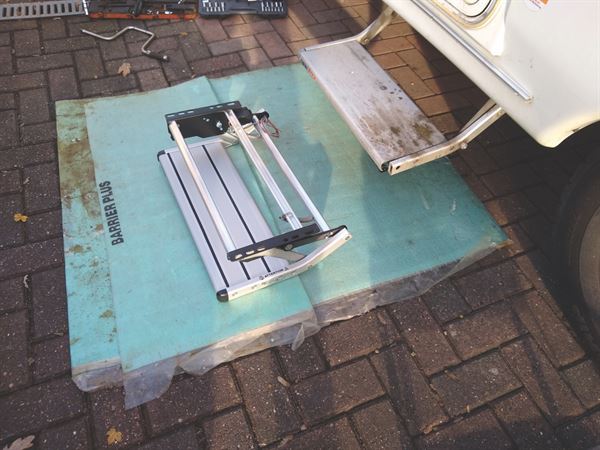 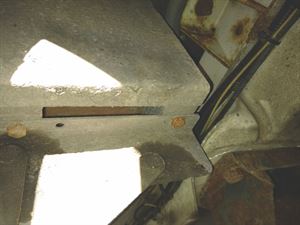 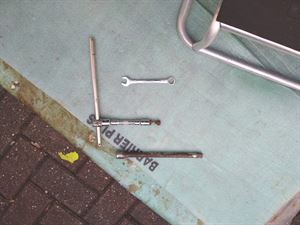 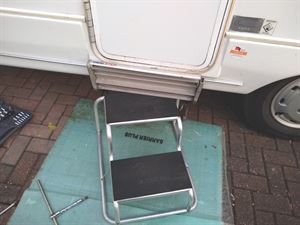 About four years ago, in Spain, we were pulling into a péage lane when we heard the most dreadful scraping sound. It sounded as though we had torn a hole in the side of the motorhome so I stopped, got out fearing the worst and went around to the passenger side of the vehicle.

Fortunately, it was not as bad as I had anticipated: the cause of the noise was the step scraping violently along the kerb. I backed up and, much to my relief, was able to fold the severely damaged step back under the motorhome.

When we got home, I straightened the metalwork and reassembled the step, but it was never really right.

This year, it had become dangerous to use, so I bit the bullet.

I had considered upgrading to a motorised step, but couldn’t justify the extra £130 or so, and bought a replacement manual step. For those of you who may be interested, assuming you have the splined shaft, the motor retrofit costs about £150 and the part number is 1500602970.

In my case, the step was attached to two support brackets by four 13mm bolts. The bolt heads face downwards with lock nuts located in the L-shaped support bracket.

Note that the step will need to be supported as you remove the rear two bolts. For this job I used a small trolley jack because it was simple to set it to the correct height, but you could use suitable blocks of wood.

However, if, like me, the step was probably installed when the motorhome was new, it’s not so simple because the upper threads of the bolts will likely have become corroded.

Also, just to make the job a little more awkward, the heads of the front two bolts are immediately above a step pivot point that protrudes just enough to make getting a socket onto the bolt head difficult.

It can be done but, even when you do, it will be at an angle that is not ideal if you don’t want to take the corners off the bolt heads.

Fortunately, the locking part of the nut heads protects a couple of threads of the bolt so you can rotate them about a couple of turns before everything goes solid.

In the case of the front two bolts this gives just enough play to get the socket over most of the bolt head but still at an angle.

There is not the same problem with the rear two bolts. You’re now in business because you can turn the bolt. I know the purists among you will say that you should untighten the nut, but the space available just doesn’t make that practical.

The next problem is that your hands are at an impossible angle, you can’t hold the spanner and get any leverage. The solution is to gently rotate the bolt and nut with the spanner in place until the spanner comes up against something solid.

You can use an open-ended spanner but a ring spanner will do a better job because it is less likely to come off the nut. With the spanner against something solid you can start to turn the bolt, remembering to keep a small amount of pressure on the socket as you adjust your grip so the spanner does not come loose.

With old step removed, I used the trolley jack again to roughly get the new step in position. The replacement step came with a new set of bolts and washers, so this part of the job is much easier.

However, I found the diameter of the washers was only just wide enough to bridge the fixing slots so I used those plus larger washers to ensure they did not skew into the slots as the nuts were tightened.

The rear bolts should be put in first, but not fully tightened, so the position of the step can be adjusted to get the front hole slots lined up with the bolt holes and the step aligned with the side of the motorhome.

When the front two bolts are fitted and the step aligned, fully tighten all bolts and the job is done.

The new Thule step was £107.99 from Leisure Outlet:  leisureoutlet.com

The step replacement is about one-and-a-half hours, but this will depend on how easy it is to remove the nuts. If it was necessary to grind/cut off the heads this could be longer. Similarly, if the motorhome was on a ramp the time could be shorter.

Have your project featured

Submit your DIY project to help other readers improve their motorhome or campervan and earn some extra money – motorhome.ma/diyproject

Enjoy access to a fully searchable digital library of every issue of MMM since January 2012. Plus, enjoy the latest issue and future issues before they go on sale in the shops for as long as your subscription remains active. Read any feature from MMM during this time – technical, travel, reviews, buying guides and more – they are all immediately available with a subscription via Exact Editions. 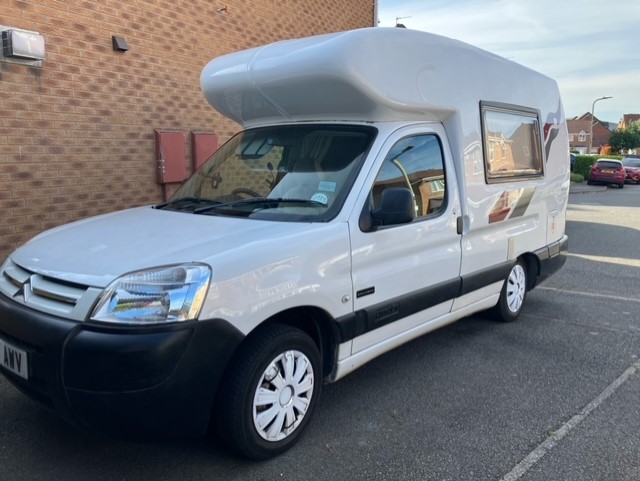