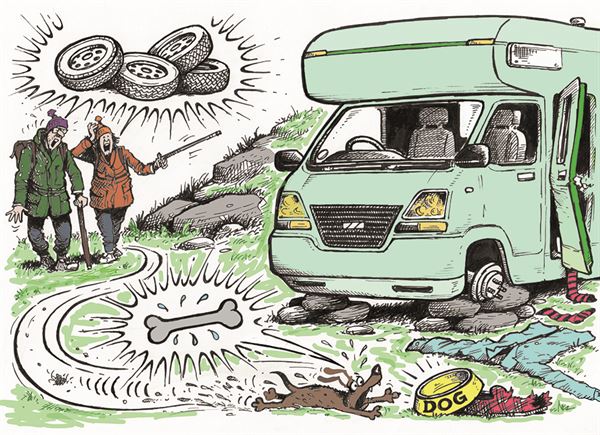 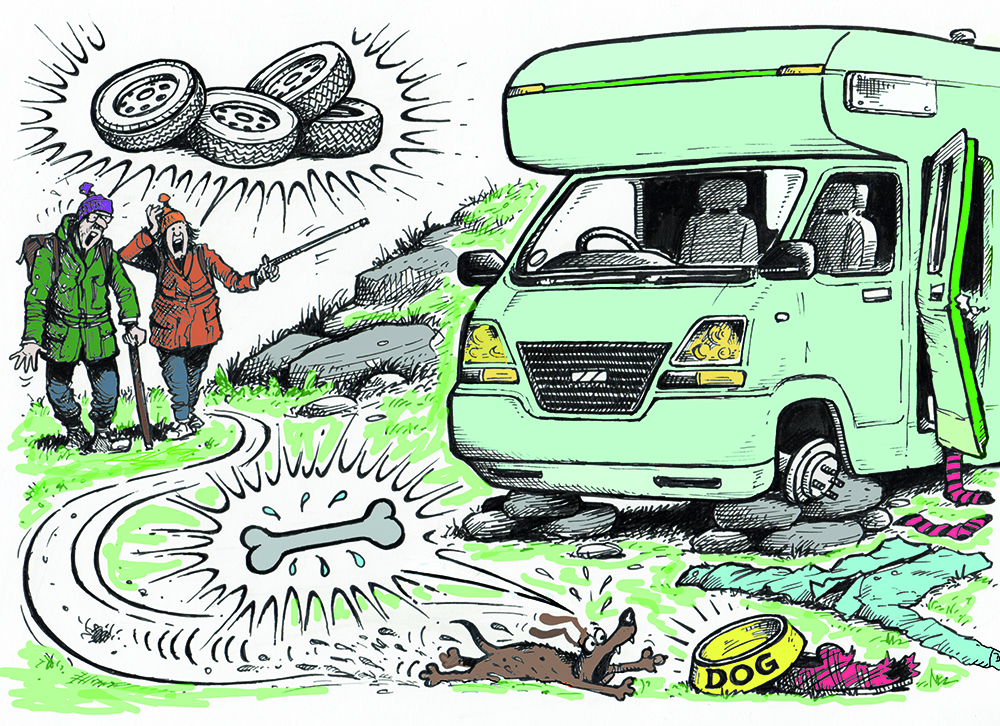 It’s the scenario you hope will never arise: having to make a claim on your insurance because your motorhome has been stolen, damaged by flooding, broken into, gone up in flames, or crashed.

It’s only at this point that you get to see just how customer-focused your insurer is. Any decent insurance company will settle quickly and fairly, accepting that your insurance policy is a two-way contract. You’ve honoured your end of the deal by coughing up the premium and now it’s their turn to do the right thing. Of course, things might not be quite that simple, because if you haven’t honoured your end of the deal there could be trouble ahead.

The first thing that can trip up some policyholders is paying the excess. It’s not unusual for policyholders to bump up the excess at renewal time in a bid to cut the premium. Then, at claim time, they don’t have the readies to pay up and the whole process stalls. So, if you’ve agreed an excess figure, make sure you have the cash available to pay up.

If you’re claiming because you’ve been involved in a collision that’s your fault, your insurer will probably get the jitters if you’ve admitted liability or made promises to the person whose property you’ve damaged. Insurers like to be in control and they don’t want to be put in a straitjacket by their clients. So, instead of trying to keep any third party sweet, just swap insurance details and let your insurer take it from there. If you receive any correspondence from anyone involved in your collision (or their insurer) just forward it on to your insurer and let them deal with it.

If your ’van has been stolen or broken into and something taken, you’ll need to contact the police to get a crime number. Set the ball rolling as soon as possible; your insurer will want to be informed at the earliest possible opportunity but they’ll need this crime number to proceed.

If your ’van has been damaged by fire or flood, the chances are that its contents will be the worse for wear and you might be keen to expedite things as much as you can. But don’t start chucking stuff out or sending it off for repair, because your insurance company’s assessor will need to see everything that’s been damaged.

When you contact your insurer to make your claim, have a few key facts to hand. Do your best to record times, dates and places, along with any relevant names of people involved, at the point that it becomes obvious that you’re going to have to make a claim. This might be at the scene of a collision, it might be as soon as you realise your vehicle has been broken into. If you’ve got the presence of mind to take some pictures with your phone that’ll be useful – even better if it’s a short video.

Log all correspondence with your insurer: the names of anybody you speak to, the date and time of conversations and the gist of what you’re being told. If, later on, you have to make a complaint against your insurer, this information will be invaluable.

And, if you think you’ve been treated badly by your insurance company they should have a system in place for you to raise your concerns, or you can make an official complaint to the Financial Ombudsman Service by phoning 03001 239123. The European Commission also has an online dispute resolution service.