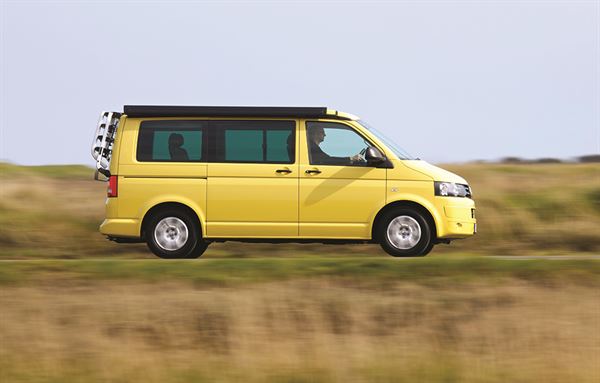 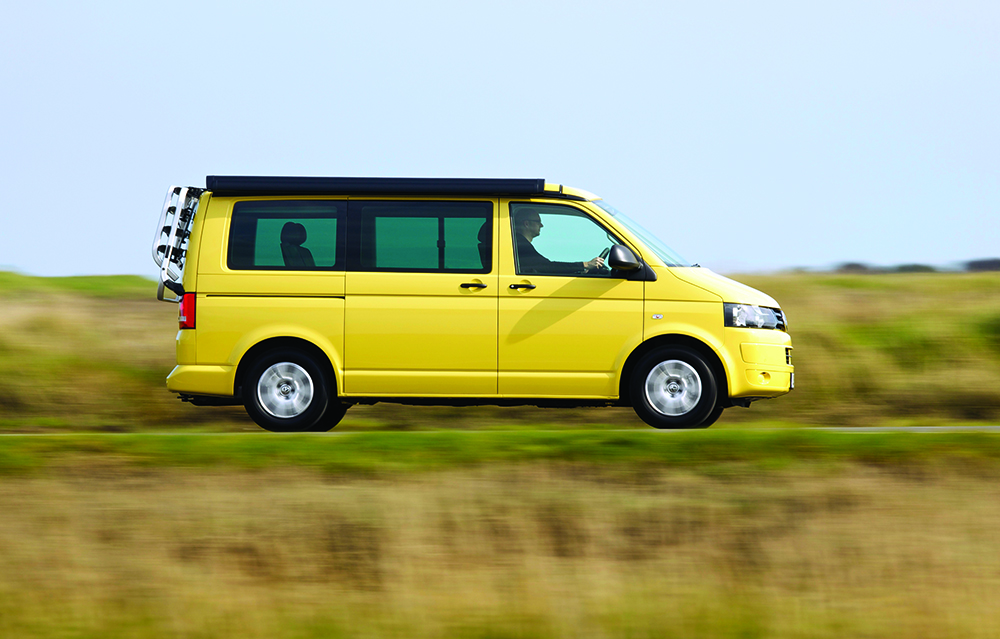 If ever you wanted the proof that insurance is a minefield, the day van is it. You’d think that it would be easy: you tell your insurer that you’ve got a day van and they cover it. You use it and everybody is happy. But sadly it’s not that simple; is it a commercial van, a motorhome, a minibus or an MPV – or is it something else altogether?

The sort of thing we’re talking about is the Volkswagen California Beach and Mercedes Marco Polo Horizon, along with some of the increasingly popular Japanese imports such as the Mazda Bongo and Toyota Alphard. These all come with minimal fitted facilities but they’re becoming increasingly popular thanks to the rise and rise of outdoor pursuits.

What classes as a day van?

Phil Holden runs Caravanwise, a company that insures day vans, as long as they have fewer than eight seats and an engine that displaces under five litres. Says Phil, “The point at which a van becomes a motorhome is when a bed is fitted. It can be a rock ‘n’ roll bed, but it must be at least six feet long and there must be a door that gives access to the living accommodation. The bed doesn’t have to be set up permanently; it might be seats when the vehicle is in motion, but there must be some form of bed fitted for it to be classed as a day van.”

OK, so that’s cleared up what constitutes a day van – but how is this different from a proper motorhome? As you’d expect, somebody who wears a suit, is probably called Brian and sits in an office has come up with the answer to that one, as you can see on the DVLA website.

Brian reckons that a day van becomes a motorhome once it’s got a seating and dining area, even if the table folds away. It must also have at least one built-in cupboard or wardrobe, a permanently fixed cooker and at least one window in the side. If it’s missing any of these features it’s classified as a van or car (if based on an MPV) on its registration document.

The DVLA document above explains the conversion process but, in short, once the change to a motorhome is complete (and the work can be done on a DIY basis or professionally), you’ll be asked to fill in a form and send off some pictures, and you’ll probably have to have your vehicle inspected, too, after which Brian will (hopefully) wave his wand and the metamorphosis is complete.

If you’re wondering why you should bother to go through this rigmarole, insurance companies like to nail everything down. Vans (officially classed as light commercial vehicles) and motorhomes are subject to different laws on the road (such as different speed limits; a motorhome can go faster on the motorway than a van as the latter is still registered as a light commercial vehicle), so it must be registered correctly or the police are likely to get upset if you drive your vehicle as one thing but it’s registered as another.

How to insure an ongoing conversion

But what if you’re in the process of converting your day van into a motorhome and it’s an ongoing job while you continue to use it?

Phil has the answer to that one, “We can cover self-built motorhomes in the process of being converted from vans or MPVs, and for the first 90 days the rules are fairly relaxed about how much work has been done. Once the 90 days are up, a bed must have been fitted, although it has been known for extra time to be granted. Once a bed is fitted you’ve got as long as you like to insure and use the vehicle as a day van before it has to have all of those motorhome features.”

This feature was orifinally published in the July 2018 issue of What Motorhome. To read more like it, subscribe to What motorhome here.