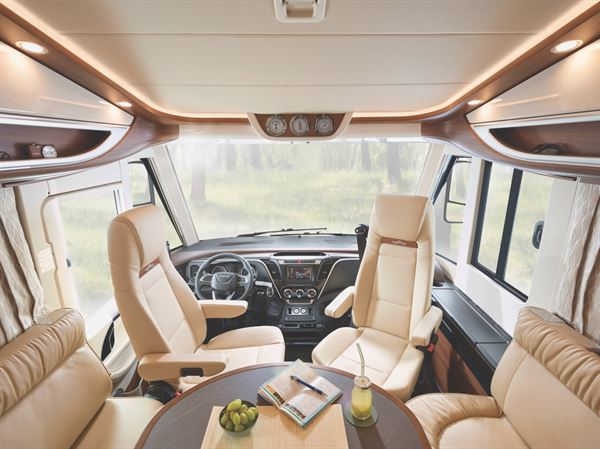 In the UK we’ve always driven on the left, necessitating the use of right-hand drive vehicles. It’s seen as unusual, bearing in mind that all of our continental neighbours drive on the right, but, take the global view and it’s far from uncommon, with about one-third of countries choosing to do the same as us.

However, despite the UK’s requirement to drive on the left, it’s not unusual to see left-hand drive motorhomes, which have become a more common sight in recent years, largely because of buyers importing their vehicles from Europe and occasionally, in the case of big RVs, the US, too.

That’s all fine and dandy but, if you buy a left-hand drive motorhome, you’re highly likely to pay more for your insurance. There are various reasons why your premium may rise if you’re switching from a right-hand drive vehicle and, in light of Brexit, things could get even worse.

Compared to an equivalent right-hand drive motorhome, you should expect to fork out an extra 10% to 25% on your insurance for a vehicle with its steering wheel on the left.

For many owners it’s a price worth paying because it can make driving easier in mainland Europe and it also increases the number of makes and models to choose from, as some brands are sold in much higher volumes on the European market with left-hand drive.

Sometimes there’s a third reason, which is that buying the vehicle can be cheaper in Europe (usually because standard spec is much lower), although Brexit paperwork and duties are putting the kybosh on many such transactions.

Brexit is also the reason why premiums for left-hand drive motorhomes are likely to increase this year.

Things have been going far from smoothly with the UK’s divorce from the European Union, resulting in a lot of extra form filling, hefty import duties and some suppliers simply refusing to sell across the Channel, whether that’s European suppliers to us, or vice versa.

If you’re wondering what that has to do with insurance the link is straightforward: almost all left-hand drive vehicles are built in Europe, so all parts to repair them have to be imported.

You can read more motorhome and campervan advice articles with our new digital content archive. Use the search bar below to browse previous issues of What Motorhome:

If those parts cost significantly more than equivalent bits sourced in the UK for a right-hand drive vehicle, for which there will be much greater demand, this will be reflected in your insurance premium.

Like most people, you’ll probably be miffed for being penalised for buying a left-hand drive motorhome because, let’s face it, you’re not going to crash it, are you?

That’s what everybody says, of course, but such vehicles are subject to a higher insurance claims frequency than right-hand drive models and, with higher repair costs usually attached, it’s a double whammy for insurers – and not in a good way.

Getting parts from Europe has always taken longer than sourcing in the UK, but things are even worse now with increased bureaucracy to contend with.

Delays in repairing a motorhome can mean increased costs to insurers because of courtesy vehicles having to be hired for longer, which can add hundreds of pounds to the cost of a payout.

There are other reasons why your insurance premium might carry a loading if your motorhome is left-hand drive (LHD). Many of the people who buy a LHD motorhome do so because they travel in Europe, which invariably means a higher annual mileage than those who stay in the UK. And more miles mean an increased risk to an insurer.

Also, if the vehicle is an American import, there’s a good chance that it’ll have a big engine and many insurance companies add a loading once the engine exceeds a certain displacement, such as three litres.

As if that’s not enough, many of the super-sized American and European A-class motorhomes have enormous windscreens that can cost thousands of pounds to replace, so, if you buy one of these vehicles, your premium is going to reflect the insurer’s exposure to those higher repair costs.

Motorhome Protect’s Andrew Evanson concluded: “We’re seeing a real surge in demand for motorhomes as holidays across the Continent are on pause for the moment and people look at the endless opportunities that staying in the UK brings. Owning LHD or RHD is a personal decision and, if your motorhome is LHD, it doesn’t automatically mean that your premium will skyrocket.

“When looking for the right cover, we always encourage people to speak to us directly, so we can fully understand your circumstances and your vehicle. Our schemes are flexible, as we know a one-size-fits-all approach doesn’t necessarily work all the time, and by speaking directly to us we can gauge information that goes above and beyond a question set.”