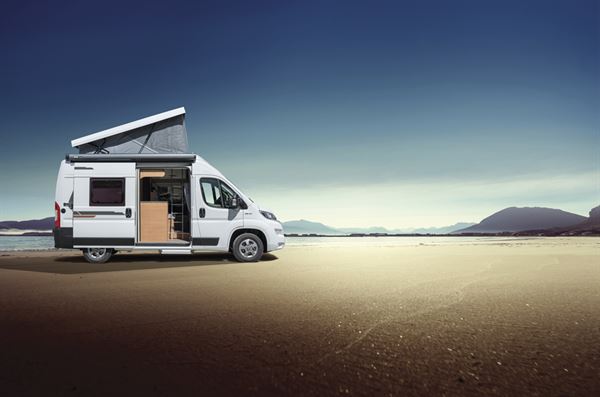 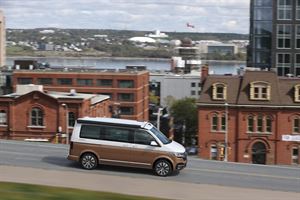 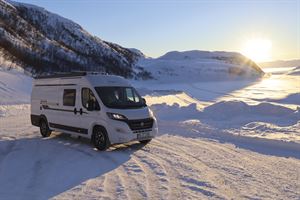 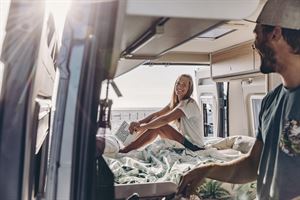 You can also read a similar article published on this website, How to Choose Your Perfect Campervan, from 2019

The first thing to consider when buying a campervan is how you’re going to use it.

If it’s going to replace a car and be driven regularly for mundane stuff like going to the office, shopping and the school run, you’ll probably want a smaller campervan than if it’s going to be restricted to a leisure role.

You may even need to be able to get it into your garage at home, or under a height barrier where you shop. As for length, a short-wheelbase VW Transporter (at under 5m long) is around the same size as a family estate car or SUV, so will fit into daily driver duties easily.

If, however, holidays will be the main use, then you need to think about whether you want to be independent of site facilities with your own on-board shower and toilet compartment. If you plan to use the shower a lot, even aspects like fresh water tank capacity come into the equation.

Do you want to camp all year round? If so, a canvas-sided pop-top might lose its appeal, as your heat disappears through it, whereas a well-insulated high-top with inboard water tank could even be used for a skiing trip. We’ve stayed in a Hobby Vantana at minus 15 degrees with no issues whatsoever.

Of course, other factors are crucial, too, such as how many seatbelts you need and how many berths. The latter can often be simply solved with the addition of a pup tent, awning or Cabbunk system (as it says on the tin, a bunk or bunks in the cab), but it’s surprisingly hard to find campervans with more than four seatbelts.

You can read more campervan and motorhome buying advice in What Motorhome – and now every issue of the magazine since February 2012 is available to read using our new digital content library. Use the search bar below to find articles instantly:

Also known as a rising roof, or elevating roof, a pop-top is usually raised manually (with assistance from gas struts), but there are electric versions, too. It’s there primarily to provide standing room, but may also offer a roof bed (either for adults or kids).

When you think about pop-tops campers, you’ll probably think of VW, and for good reason – we celebrated seven decades of Volkswagen campers in the August 2020 issue and, today, the models from the 60s and 70s are more sought-after than ever.

However, there also some excellent alternatives to the latest T6.1 Transporter, chiefly the Ford Transit Custom (including Ford’s own campervan, called Nugget, which is an interesting rival to VW’s California). Mercedes fans will be tempted by the Marco Polo, while vans from Citroën, Peugeot, Renault, Toyota and Vauxhall are also converted into campers.

Then, there’s the all-electric Nissan eNV200, as well as smaller vans such as the Vauxhall Combo (converted by Wheelhome) if even the VW is too big for you.

Most campers of the VW’s size have a side kitchen layout, as this makes the best use of the limited space available. In the pop-top campervan sector, this layout probably accounts for at least 90% of the market.

Variations on the theme include models with a sliding rear seat, which adds considerable versatility. Most campers have a two-person rear bench, but a wider three-belted bench is a better solution for carrying extra passengers than a double cab seat.

Check for crash-testing accreditations and approved installations of any rear seat system, as well as the pedigree of the converter. This market has seen an explosion of new names in recent years – only the best will have the strong resale value that VW campers are known for.

Always look carefully at storage space in the rear boot area (above and below the mattress) as this will be key to the practicality of the camper for anything more than just the odd night away. Some converters also offer long-wheelbase versions with a little extra living space and more storage.

If you want a layout with single beds, this can be found in VWs, too, often with a cassette toilet incorporated into the rear kitchen area. Although less popular, this floorplan has its fans and most of the established converters will offer something of this ilk; just check the adequacy of storage space before you buy.

If VW dominates the small camper market, then the Fiat Ducato is the undisputed market leader for larger van conversions (joined also by its closely related Citroën and Peugeot cousins).

Alternatives include the Ford Transit (big brother to the Custom), Mercedes’ Sprinter, and Volkswagen’s Crafter (which is also badged as a MAN), but these are much rarer in the leisure sector.

What all these vans have in common is full standing room inside, without the need to raise a pop-top.

They are, therefore, better suited to camping in the chillier seasons, while their larger dimensions (usually between 5.4m and 6.4m long, but sometimes up to 7m, as well as extra width and height) mean there’s more variety in terms of layouts and you’ll now expect to have a proper shower/toilet compartment.

These larger campervans are less practical for daily duties than the VW T6 size but are still more manoeuvrable (especially due to width and visibility) than a coachbuilt motorhome.

The most popular layouts fall into two camps. Most European makers offer fixed bed floorplans (either a transverse double bed or lengthways singles), where the beds can be folded away to get large loads (such as bicycles) into the rear garage. On the other hand, UK manufacturers often plump for more room to relax inside, with rear lounge layouts being top for popularity.

Those aren’t the only options. You can also find models with seating areas front and rear (combining the appeal of a rear lounge with extra travel seats), as well as front lounge models (check out those from IH and Murvi, especially), and even bunk bed layouts for families (from Dreamer and WildAx).

Another option for those looking for a larger camper with four berths is a high-top with a pop-top on top. This trend was highlighted here as a sector that’s seen sudden growth.

Usually based on the high-roof Fiat Ducato, so standing room is already available without raising the roof (unlike in smaller VW models), there’s now a vast array of this type of campervan on the market.

The pop-top is there purely to provide an additional double bed, so these models are ideal for people who may only need four berths on some, rather than all, their adventures. When used with the roof down, they are all but identical to standard high-top vehicles, although they typically cost around £4k more.

You can find pop-top/high-top models with both UK-style rear lounges (from Auto-Trail and Elddis) and continental-style fixed beds (including Dreamer, Hymer, Knaus, Malibu and Pilote).

Other campervan options to consider

We can’t cover everything in this short article and there’s plenty more to think about. You might want a second leisure battery and a solar panel to increase your off-grid independence, or even four-wheel drive to get where other campervans can’t.

However, you might be more concerned with being a bit of a Rick Stein on your travels and cooking up all the local ingredients in your campervan – in which case you’ll probably want more than just a two-burner hob.

Ovens are rare in VWs but can often be found in larger campervans and, sometimes, there might be a microwave, too. Fridge sizes vary enormously, from 50 litres or so to more than double that in some cases.

What you want from your camper may come down to whether you’re going upmarket from tent camping or downsizing from a bigger coachbuilt motorhome. There’s so much choice, though, that exactly what you want is sure to be out there – and, at What Motorhome, we’re here to help you find it.