The Sprite Quattro EB has one of the cosiest and most stylish rear bedrooms in any caravan. Plus a long lounge, a spacious washroom with a capacious wardrobe. And the on-the-road stability of twin axles; the EB has many excellent features. Add in its light weight for its length, and you’ll realise why we are so enthusiastic about the latest Quattro. That’s despite the addition of the Diamond Pack, which all Sprites have, adds £595 to the price. 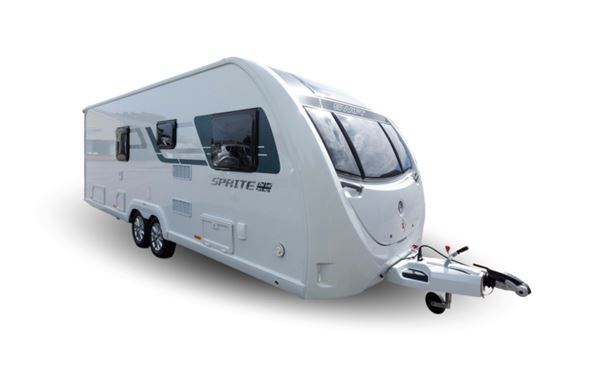 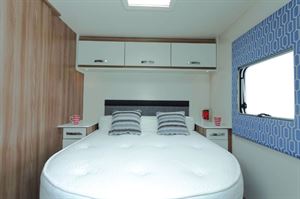 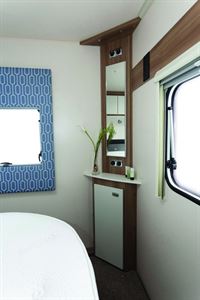 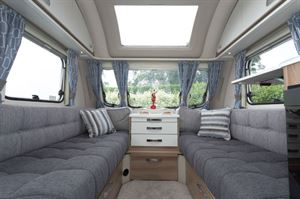 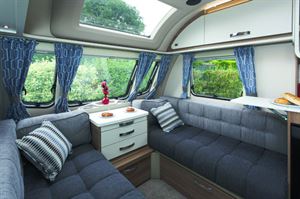 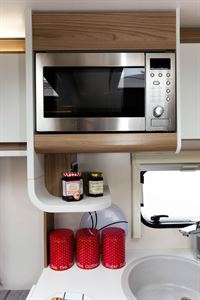 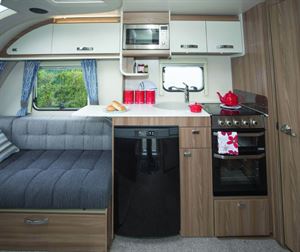 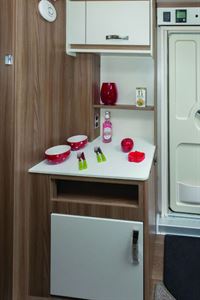 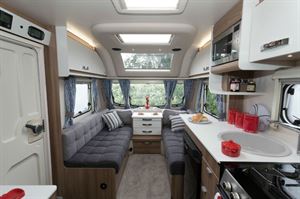 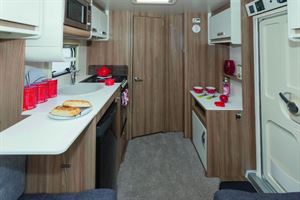 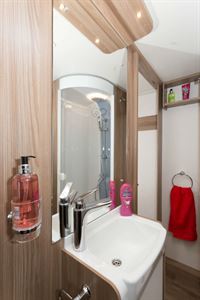 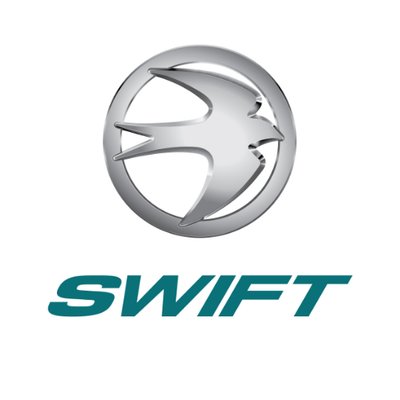 Swift launched only one new model for 2018 – and it’s an important one. The group made sweeping changes to Conqueror and updates to others. But the star of the model-year’s show must be the new Sprite Quattro EB.

EB stands for ‘end bed’. This model brings to the Sprite range the fashionable end bedroom, central-shower room configuration that has swept through tourer ranges. The range covers top-spec, £30,000-plus options to lesser-spec, lower-priced marques.

Sprite, always the icon of affordability, now has a caravan which has two, separate rooms. Or should we say three? That all depends on whether you want to class the shower room as an en suite or a separate room.

Either way, it’s a brilliant arrangement. With its hinged door to close off the entire sleeping-showering sector. And a sliding door to separate the bedroom from the washing department.

The brilliance of this new Sprite goes further than following a popular layout trend. Caravanners rather like touring with two rooms. It’s a type of home-from-home thing, as much as it’s practical.

This version of the current on-trend layout is on twin axles. This boosts is tow stability and it means the Quattro EB is longer than many versions of this layout. And we have to say this layout works best with a longer body length. That’s because the length enables the shower area and the lounge to be spacious; the EB’s settees are 1.9m long.

So how well does it work? We had a day to find out. But before we began to scrutinise the interior, there’s some exterior stuff to note.

Swift introduced triple windows to the Sprite range last year in a bold move to position the range above the ‘budget caravan’ category. Entry level ranges have single-piece windows. Now they’ve taken the upmarket image move a step further, creating a new look for 2018. It has sleeker lines, a smoother front window design and graphics in a shade that Swift calls ‘teal’.

The Quattro FB is the only twin-axle caravan in what you can term ‘budget’ territory. With the central shower room, rear bedroom layout that has taken caravanning by storm.

Fifteen twin-axle caravans have shower rooms amidships. But, the Quattro EB’s washing department is only one of three models to have a wardrobe within the shower room. The others are the Lunar Delta RI and the same-layout Alaria RI.

The EB’s wardrobe is on the offside, forward of the toilet. The washbasin is in the centre, mounted against the wall that divides the shower room from the bedroom. At first glance it looks small; it’s a near-rectangle, 33x23cm.

But then you look closer and find it’s 13cm deep, so it will contain a lot of water. The shower is roughly circular, while the wheel arch takes space away from the shower tray. You gain that space above, where it matters, so there is plenty of space for showering.

Earlier in this review we refer to “budget” and ” entry level”. Here in the shower is a feature calculated to belie Sprite’s supposed status. It is a coronet of lights crowning the top of the smart grey panel on which they've mounted the shower riser bar. That’s the sort of refinement associated with caravans well above the Sprite’s level in the market.

And we were to find more little things that elevate the Sprite as our review progressed. Among them is lighting concealed above the wardrobe and above the front side lockers.

Two cabinets hide away the washing accoutrements. One on the offside wall, the other under the basin.

The amount of floor space is generous. It’s 1.2m at its deepest point; with an angled front end. There is no carpet in the washroom, which makes it utilitarian compared with the bedroom and kitchen-lounge. We still need a reminder that Sprites come from lack-of-frills roots.

If we bought an EB we’d also buy a bathroom rug, to introduce a little cosiness and make sure feet stay warm in winter!

The only points preventing the washroom from scoring an 'A' are the insufficient shampoo shelves in the shower and the carpet.

A sliding door on the nearside of the dividing wall leads from the washroom to one of caravanning’s cosiest bedrooms. Think static caravan, or mini boutique hotel room and you ae somewhere near. It’s 2.03m long and the full width of the caravan.

Windows at the rear and nearside ensure it’s a bright environment. White dominates the décor. All the cabinetry is white and the pattern on the deep upholstered, pale denim blue panel that surrounds the rear window. We love the look of this room.

We also love the little corner dressing table, with a lower cabinet and a second cabinet hidden behind the mirror. And a couple of refinements that, like the shower’s coronet of lights, belie Sprite’s supposed lowly status.

You’ll notice white frames the mirror. And you’ll notice two neat spotlights set into the wooden panel above the cabinet. But you might not at first notice that these lights have a timed dimmer facility. When you flick the rocker switch beneath the mirror, the lights take a few seconds to fade away, to give you time to get into bed!

Two more tiny spotlights are set into the base of the lockers above the bedhead; each has a switch close by. And it will please caravanners who like watching TV in bed to note connections above the dressing table mirror. And a metal panel on the wall will enable you to fix a TV bracket here. For a £19,390 caravan, this bedroom earns our highest, A* rating.

There is storage under the bed, under the settees, in four lockers over the lounge, and in the 63cm-wide wardrobe. This contains two shelves and two lower shelves for shoes. The EB’s hiding places are plentiful. Another high score, then.

The dining table has its own cabinet aft of the dresser. When two are eating, the pull-out central chest-of-drawers top will be fine. The total surface length is 71cm and it’s 61cm wide.

Put your feet up and relax – because you can! The settees are 1.9m long – which means they make credible single beds when required.

If the EB has an Achilles heel it is lower kitchen storage. Between the fridge and cooker is a 26cm-wide cupboard containing two small metal drawers. Above it is a drawer of the same width, with a cutlery tray – but it’s not big enough for both cutlery and cooking utensils.

The main lower kitchen storage area is the dresser. There are two shelf spaces in the 66cm-wide cabinet but the wheel arch intrudes into the lower area.

There is, though, a style element of sheer brilliance in the EB’s kitchen. It is a curved shelf on the fore end of the kitchen. Practical, yes (salt and pepper, for example, in exactly the right place) – and so nice!

The Kitchen surface is 1.15m long with the extension hinged up; ample, we’d say. Some will, say, though, that the microwave is too high; that’s if you’re of short stature. So that, plus the lower storage element of this kitchen, downgrades it to a C.

Towing would get an ‘A’ rating had ATC been standard. It’s a £349 option; well worth the extra, we’d say. The EB does have four lumps of rubber to glue to the road, though. And we know twin-axle Sprites have superb road manners. What’s more, they’re among the lightest twin-axle caravans you can buy.

The Sprite Quattro EB has one of the cosiest and most stylish rear bedrooms in any caravan. Plus a long lounge, a spacious washroom with a capacious wardrobe. And the on-the-road stability of twin axles; the EB has many excellent features.

Add in its light weight for its length, and you’ll realise why we are so enthusiastic about the latest Quattro. That’s despite the addition of the Diamond Pack (a hitch head stabiliser, two wheel lock receivers, microwave, radio and more) which all Sprites have, adds £595 to the price.

One point: make sure there is enough lower kitchen storage space for your needs.