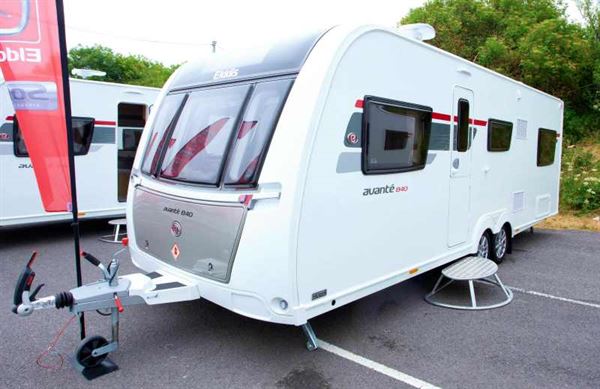 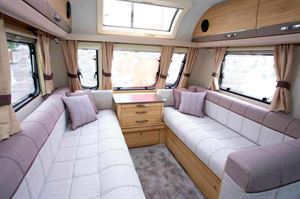 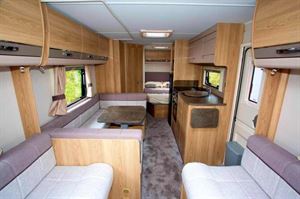 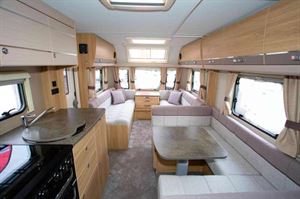 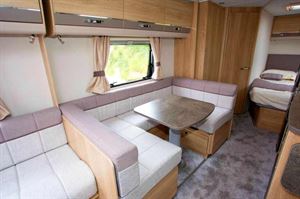 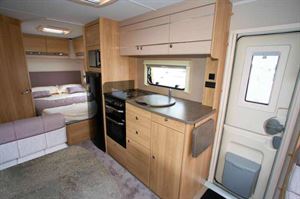 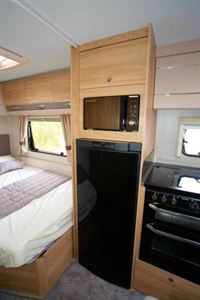 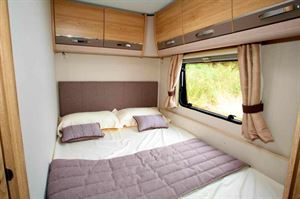 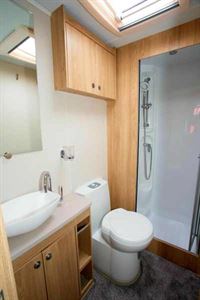 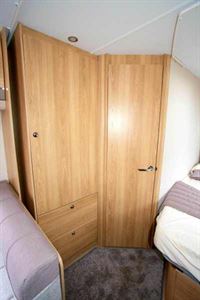 The eight-feet-wide, six-berth 840 layout from Elddis is the invention that started a revolution in caravan design.

The concept of the eight-feet-wide, double bed, side dining area layout was invented at the Elddis factory for the 2017 model year. Now, inevitably, this pioneering brilliant six-berth layout, with a longitudinally-aligned shower room alongside the bed, has been copied by other manufacturers.

The Avanté 840, though, is the original, along with its sister model, the Compass Casita 840, which has an identical layout, price and weight, and different fabrics.

A critical difference between this first invention of this layout and those which have followed from other manufacturers for 2019 is in the detail. The 840 has a monopod table. The base is telescopic, lowering to form the bottom of a double bed.

Seating extends around the table, creating a U-shape. It's a lovely, versatile arrangement that enables up to six (small) caravanners to sit here.

The kitchen has plenty of lower storage space in two large cabinets and two drawers. There's a surface extension; it rises into the doorway, but there is still plenty of room to walk around it.
The large circular sink has a cover which matches the surface, so this space effectively becomes part of the food prep area.

The beauty of this layout, which is only made possible because of the extra width (19cm wider than standard-width Avanté models), is that the shower room is almost the same size as the one you would find across the width of the caravan. Unusually, a curtain provides the privacy solution for the bedroom, creating a far cosier look than a pleated blind.

Sleeping arrangements elsewhere offer good versatility. The lounge is long enough to make single beds as an alternative to a double. The central seating area can be made into a full-sized double (1.9m x 1.29m) by pulling out extensions at the ends of the U-shape.

Avanté models have the ATC stability control system as standard. Heating is the Whale 4 KW system.

With a versatile layout and a central U-shaped dining area, the eight-feet-wide Elddis Avanté 840 is a brilliant family caravan