The Compass Casita 550 has many strong points – including its good-value price, at £20,344 including delivery. Casitas are luxury at a good-value price, and with a bright, fresh fabric scheme of pale seating fabric and striking grey-and-white roundel patterned cushions. 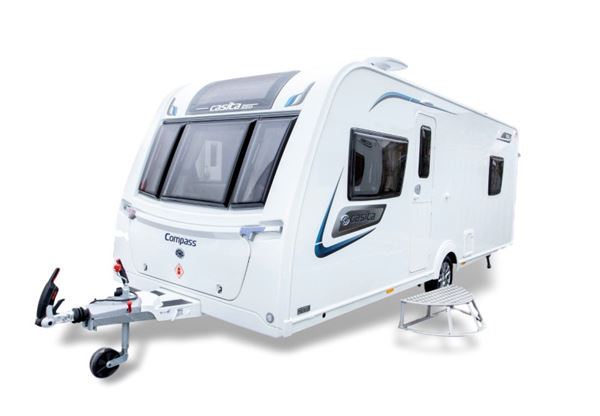 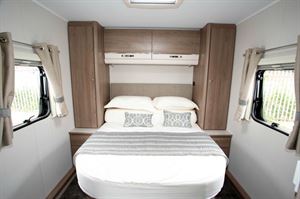 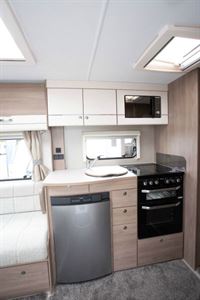 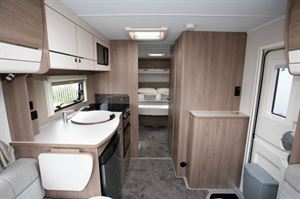 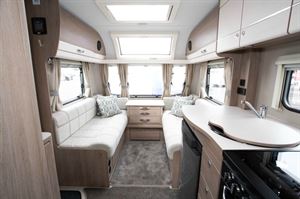 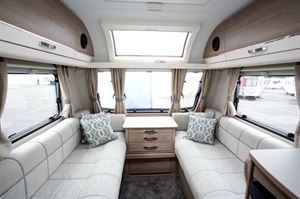 The name Casita is Spanish for ‘little house’ – and the 550 layout, arguably more than any other in the range, is a veritable little house on wheels.

The name Casita is Spanish for 'little house' – and the 550 layout, arguably more than any other in the range, is a veritable little house on wheels.

That's because the bedroom is delightfully separate from the day area; the shower room sits in the centre, creating an en suite arrangement.

This layout also means if you convert the lounge into a bedroom, those who sleep there can get to the toilet and shower facilities without walking through a bedroom, which would be the case in a layout with a rear shower room.

While the washing facilities span the width of the caravan, they are divided into two separate 'rooms'. The shower is on the offside, opening into the bedroom; the toilet and washbasin are in their own compartment opposite. It's a superb arrangement.

A sliding door divides the entire shower-toilet-bedroom area from the kitchen and lounge.

During the day, the double bed can be pushed back, to create an extra 40cm of floor space; the base is fitted with a retraction mechanism which operates smoothly and easily.

Casitas have the Whale heating system, delivering 4.3kW, operational on gas, electricity or both, for rapid warm-up. They have the Whale Expanse eight-litre water heater, fitted under the caravan, which saves space.

Aquaclean upholstery comes as standard – if you spill anything, you simply wipe it clean with water.

An EcoCamel water-saving shower (an air inlet increases the flow rate so you use less water) is standard, too, as is a hitch-head stabiliser.

Casitas are luxury at a good-value price, and with a bright, fresh fabric scheme of pale seating fabric and striking grey-and-white roundel patterned cushions.