Three wardrobes, four USB sockets, an exterior shower point and a distinct separation between the cosy bedroom and the kitchen-lounge… The new 480 has significant wow-factor features. Buy it a table lamp to augment the bedroom light level and a bathmat for the shower room and you'll enjoy caravanning 480-style. This newcomer gives buyers looking for an island bed and rear shower room a tempting option. 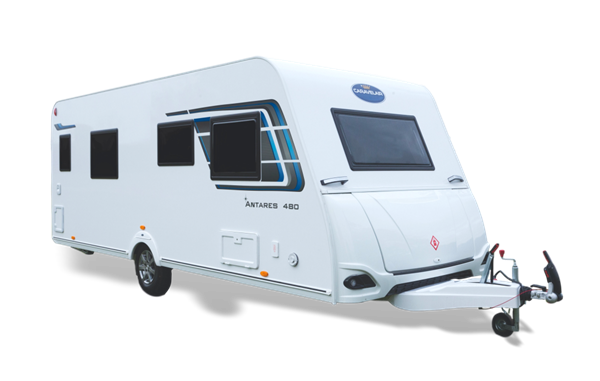 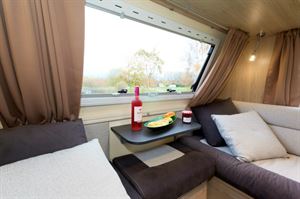 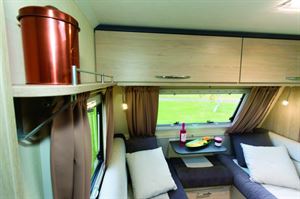 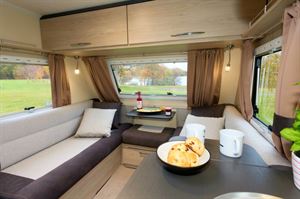 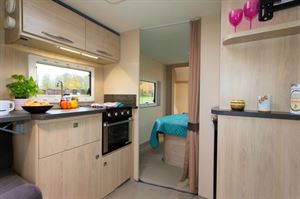 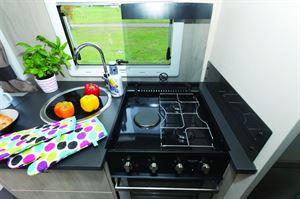 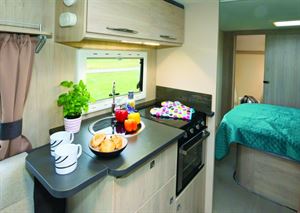 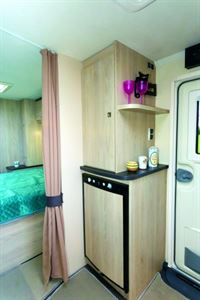 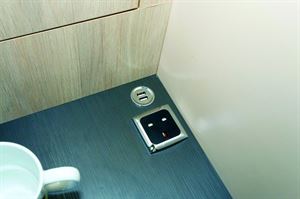 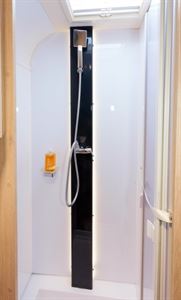 One of six new French-made caravan models imported by Marquis, the Caravelair Antarès 480 has a comfy island bed

One of six new French-made caravan models imported by Marquis, the Caravelair Antarès 480 has a comfy island bed

Since the arrival of the transverse island bed concept numbers of models with this layout has grown steadily; there are now 23 single-axle tourers with island beds and rear shower rooms on the British market. One of them, though, is different to all the others.

This newcomer for 2018 is made in France; Caravelair is part of the giant Trigano group. It's not just its country of origin that sets the Antarès 480 apart from its layout rivals. This caravan has some distinctive elements; three wardrobes. A U-shaped lounge, and the bedroom is divided from the lounge and kitchen by a (high-quality fabric) curtain, creating a much cosier look than anything a pleated blind can achieve.

And there's more to distinguish the 480 from all caravans of this transverse island bed, rear shower room layout. The bedroom feels separate from the kitchen, not just by means of the curtain but by walls aft of the kitchen, on the offside, and the fridge on the nearside.

The 480 is one of a range of six new Antarès models imported exclusively by the Marquis Group of 12 retailers. These are the first Antarès to have their doors on the nearside. And they're the first to have the fast and effective Truma Combi 6 blown-air central heating system.

The price includes the Plus Pack which gives you £1299-worth of equipment – that's a solar panel, a Maxview Pro TV aerial, a leisure battery – and a year's caravan insurance.

Marquis imported Antarès models for the first time last year; for 2018 there are two new layouts, of which the 480 is one.

This model, perhaps more than any other in the range, makes the statement that Antarès is firmly in the British market, with a layout in every UK maker's ranges.

The shower room, in particular, is British in design, with the shower in the nearside, the loo on the offside and the washbasin in the middle.

The washbasin is Belfast style, 33cm x 25cm and with a good depth of 9cm. There are cabinets below the basin and on the rear wall. There's an impressive amount of storage space. The lower cabinet is 42cm wide, with two shelf spaces, each almost 40cm deep. The wall cabinet is 33cm wide and 61cm deep, also with two shelf spaces, and there are five shelves, two of which are hidden behind the mirror!

Its shower is 62cm x 78cm; not the biggest but certainly adequate. And it does have a delightful lighting feature – a rim of light outlining the black floor-to-ceiling riser bar mount.

There's only one thing about this shower room that isn't totally British: there is no carpet. Avoiding cold feet would be easy, though; buying the 480 a present of a bathmat won't cost much! The 480 excels on the subject of showering – by providing an exterior shower point; ideal for washing muddy boots and dogs!

In common with most transverse island beds, this one retracts, to increase corridor width. In its night-time, extended mode, it measures 1.83m. It's a comfortable 1.36m wide, and with little diminution of width where the corners are rounded. So far so brilliant.

And there's a lot more to like about this cosy bedroom. There's a mains socket by the bed, plus two USB points; that's everyone's phone and tablet charging taken care of! The triangular dressing table has more mirror area than we see in caravans much higher up the spec, size and price echelon than the 480.

There are two huge mirrors, at right angles to one another. A socket is here for hair-dryer use; grooming would be a pleasure in a 480!

Two spotlights on long, flexible stalks are above the bed. But that's the only light in the bedroom; we'd add a table lamp for the dressing table to the 480's present list!

We mentioned three wardrobes earlier; two of them are in the bedroom. One provides a hanging width of 28cm; the other 23cm. Each has a two-shelf cabinet beneath. Over-bed lockers, with refined, positive tilt-catches built into the handles, are capacious, at 36cm x 30cm deep and running the full width of the bed.

With the storage arrangements for clothes in the bedroom already attracting our praise, how about the main event – the under-bed capacity? There's an exterior aperture to this space, which is great. And interior access is easy.

Under-settee storage is not as brilliant as the under-bed area, because the lids are not self-supporting. They're substantially constructed, of wooden slats; they're not heavy to lift, though.
The nearside settee gives you uninterrupted space; even though the Truma Combi unit is under the offside seat, there's good space here. In addition, a locker with a drop-down door is beneath the centre-front seating section.

Overhead lockers span the front of the lounge. They're enormous: 50cm deep and 38cm tall. Like those over the bed, they have neat positive catches. Just mind your head.
And the third wardrobe? That's above the fridge, on the nearside, with 40cm of hanging width.

We think the storage capability of the 480 is awesome for the size of the caravan, hence it earns one of our rare A-star ratings.

The dining table is stored in the wardrobe above the fridge, easily accessible – important in a caravan that doesn't have a pull-out centre-front dining table for two. There is, though, a small table which hinges up from the front wall above the centre-front seat. Its 65cm x 35cm size makes it suitable for coffee-and-snack times.

The settees are 1.57m long; that's fine for feet-up relaxing. There are no armrests but the two big scatter cushions provide cosy options. And, of course, this lounge's U-shaped seating means that five can sit here comfortably when you hinge down the coffee table.

Two USB points and a mains socket are on the aft end of the offside settee base, though where you'd put devices on charge here (other than the floor) beats us. TV watching is taken care of by a bracket, aerial and mains power point on the forward wall of the wardrobe.

Another hinged device comes into play in the kitchen, adding a much-needed 20cm x 37cm of surface space. The 54cm x 62cm main kitchen surface doesn't give you significant space, given that the nicely proportioned 31cm diameter sink takes up a lot of it. So, a bit tight on surface but washing up is easy!

And so is storage. A 48cm deep cabinet is beneath the combined oven-grill. Alongside, a 50cm-wide unit gives you a two-shelf cabinet plus a cutlery drawer.

The hob earns our praise, too, for its design. It has two burners and a mains hotplate. The key factor here is the pan trivet covers just the burners, so you can use a large pan or a wok on the hotplate.

There's no microwave, though. Would you miss it? We think not – and if you did, you could buy a microwave to use in your awning – that's two more items on the 480's present list, potentially. (The exterior power point is accompanied by an aerial socket, so you could watch your TV in your awning if you wish!)

The 480's tow test was a pleasure. We gave it some bumpy, narrow Lincolnshire lanes, some open, 50mph stretches and a few tight corners to negotiate. Our one-size-fits-all SsangYong Rexton is of course way heavier than you need for the 480; this is a caravan you can consider if car weight is a restriction on your choice of tourer. There's no ATC stability system – our view is ideally all caravans should be equipped with this safety measure – so extra care is needed on downhill gradients and when being overtaken by large vehicles.

Three wardrobes, four USB sockets, an exterior shower point and a distinct separation between the cosy bedroom and the kitchen-lounge… The new 480 has significant wow-factor features. Buy it a table lamp to augment the bedroom light level and a bathmat for the shower room and you'll enjoy caravanning 480-style.

This newcomer gives buyers looking for an island bed and rear shower room a tempting option.