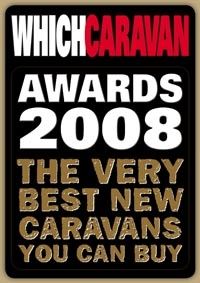 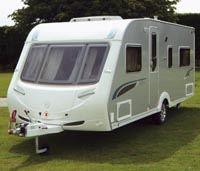 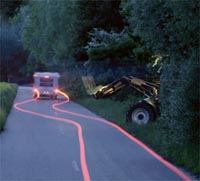 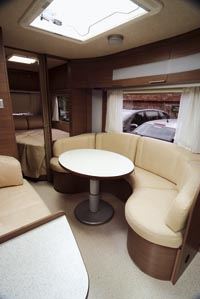 THE Eccles Elite Onyx has been named as Caravan of the Year 2008 in the first ever Which Caravan Awards.

A host of awards were presented including Best Lightweight Caravan, Accessory of the Year, All-Time Classic, Dealer of the Year and Best Interior Design.

Describing the judging process, Managing Editor Mark Sutcliffe said: “A panel of three judges spent many hours on what, before 1 July, would have been a smoke-filled room; discussing the relative merits of an extensive shortlist of 2008 model year tourers.

“Much heated debate punctuated our deliberations as argument and counter-argument, aided by the odd beverage, bounced back and forth.”

Winners at a glance:

•    Dealer of the Year
Lowdham Leisureworld 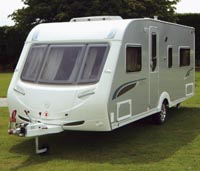 The Eccles Elite Onyx was judged as the most complete caravan on the market. Managing on a single axle, which keeps weight and length to accessible limits, the Onyx is within reach of the widest possible spectrum of buyers.

The Senator Carolina is yet another family tour-de-force from Bailey and it’s really about middle market quality and practicality rather than out-and-out opulence.

Accessory of the Year – AL-KO ATC 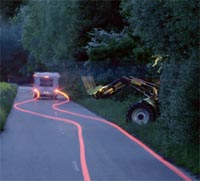 This innovation could, within the next few years, herald the end of long Bank Holiday queues on the M5 in the wake of yet another jack-knifed caravan.

Once you’ve sampled central heating as provided by Alde’s Compact 3010 boiler, you won’t want to live without it.

The 550 takes the basic layout of its more opulent stablemate the Crusader Cyclone – complete with its fixed rear island bed – and sticks it on a single axle platform – with obvious weight and price advantages.

The high-gloss interior looks great and the interior feels anything but entry level. The Ranger’s ability to sleep six while somehow cramming in a fixed double bed is a brilliant feat of design.

The Sprite is an immensely capable caravan for six and a palace for four. But the jewel in the Sprite’s crown is the size of the rear washroom.

There are many lightweight contenders out there, but few offer the same level of spec as the Lunar and almost none offer such a sensible rear L-shaped kitchen.

Another close call but the Bailey is cheaper, a little narrower, can sleep four and only weighs a few kilos more than the Stella.

All Conquerors gain extremely high levels of kit this year, consequently they’re impossible to ignore. In our book, mere gadgets and equipment don’t always equate to a quality luxury tourer, but the Conqueror, at £18,225, really is the finished article.

The Heritage has always been a well-specified tourer, but for 2008, Fleetwood has loaded the Heritage with goodies.

Fleetwood really has loaded the Heritage with goodies – including such refinements as a solar panel, AL-KO ATC, LED lights, memory foam mattress toppers and soft-close drawers.

How many layouts can you think of that have triple, end, fixed bunks next to a dinette in such a self-contained manner, rather than kids’ bunks next to something that attracts a lot more traffic, like the family washroom? 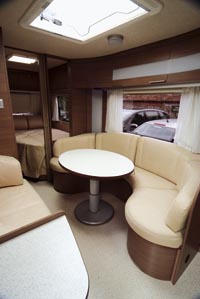 In our considered opinion, the innovative Slovenian manufacturer has come nearest to replicating the sheer style of high end motorhomes or the interior cabins of the yachting world.

Coachman’s solid understanding of its customers’ needs and steadfast refusal to chase volume means the caravans always feel a bit special and this version of the VIP is no exception.

The robust construction technique means Eribas aren’t particularly light, but they behave well on the road and despite their compact dimensions, cram an awful lot of features into such a small space.

Lowdham’s aftersales service is superb and it has a wide range of caravans and accessories on offer in friendly spacious showrooms.

Mark Sutcliffe – a highly experienced caravan magazine editor with a strong knowledge of the caravans currently on the market. Mark was a general judge and umpire.

Phil Stephens – has many years of owning and testing caravans. Phil judged the new caravans for engineering build quality, innovation and level of specification.

Sally Pepper – recently appointed Editor of Which Caravan. She judged the new caravans for interior design, practicality of layout and appeal to new caravanners.

* A special awards supplement is featured in this month's Which Caravan, on sale now. Order your copy here