Towing to Timbuktu: a caravan adventure for charity 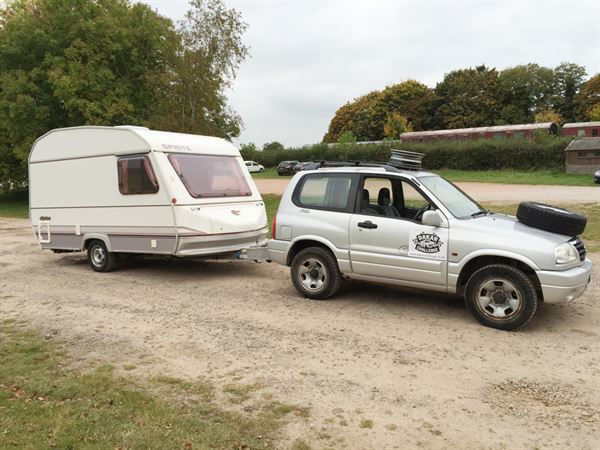 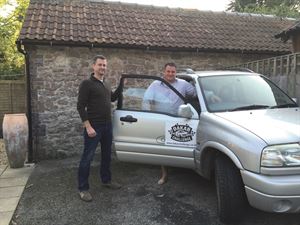 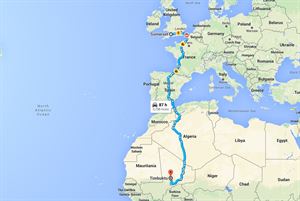 Two fundraisers, Lee Wright and Mark Knight, are planning to tow a Sprite Alpine thousands of miles from the UK to Timbuktu for charity, all as part of a car rally.

The twosome will be towing with a Suzuki “Not So” Grand Vitara, raising money for good causes both home and abroad. Read more about how to donate, here.

On top of putting the effort in and fundraising for charity, Lee and Mark will be paying for all their own travel costs. As if towing down to southern Spain wasn’t enough, they’ll then catch a ferry to Morocco, where the following route will include crossing the Sahara Desert and travelling through regions with significant security risks.

While some charity trips are almost seen as a holiday, this route is much more of a challenge. The Foreign and Commonwealth Office (FCO) advise against all travel to some areas on the rally’s route. There have been recent attacks at a restaurant and a siege at a hotel where 12 people died. The danger is real.

The FCO states: “There is a high threat from terrorism, including kidnap, especially in areas north of Mopti. Further attacks are highly likely in northern Mali.” This is precisely where you’ll find Timbuktu.

So the passion for fundraising and donating all proceeds to charity and good causes has to be huge.

Donating the car at the end of the trip

As the trip is part of the Timbuktu Challenge 2015 (from the creators of the Dakar Challenge banger rallies), upon arrival, the team’s car will be donated to the Rotary Club in Mali, where it will be auctioned along with other participating vehicles to fund works for the Eden Medical Centre.

Team member Lee Wright told Caravan magazine: “The vehicle was already going to be auctioned in West Africa by the Mali Rotary Club as part of the rally, with the proceeds going towards the Eden Medical Centre in Dinfara.

“We, however, wanted to do something for charities and good causes back at home, too, and chose the Somerset Community Foundation as it enabled proceeds to be distributed to a number of good causes and this will enable a wider distribution if we succeed in raising a lot of money.

“Towing a caravan came about as a result of creating more advertising space, as we plan to sell advertising space on the vehicle to businesses, again with the proceeds going to charity. Ultimately, we wanted to make the trip worthwhile and raise as much money as possible for charity.”

The Somerset Community Foundation connect donors with local organisations to strengthen the community, tackle disadvantage and transform lives. The foundation was set up in 2002; in 2014-15, it awarded over £460,000 to support over 230 charities, voluntary groups and social enterprises across the county.

Will the caravan make it the whole way? And, more importantly, how much money can you help them raise?...

Help a great cause and donate here: