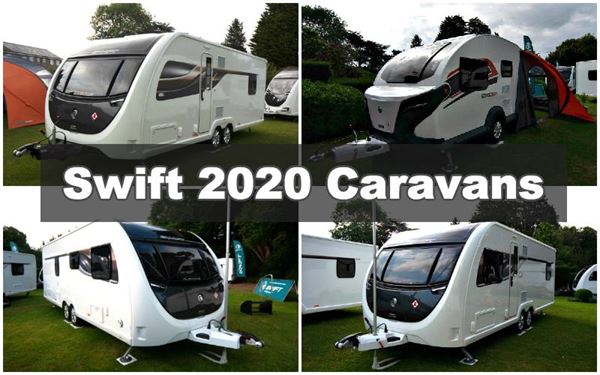 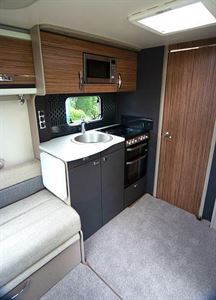 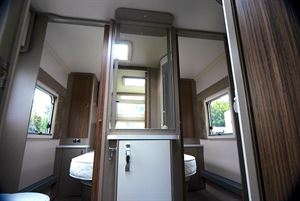 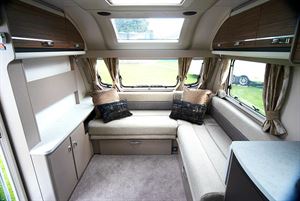 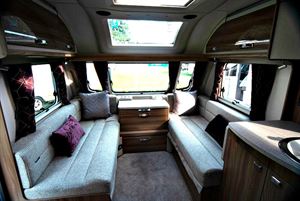 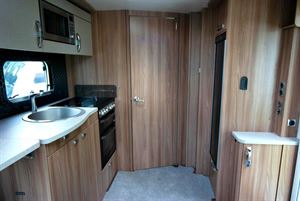 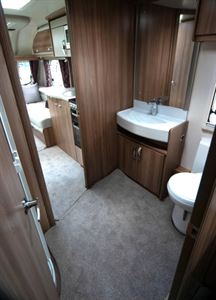 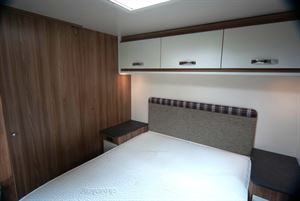 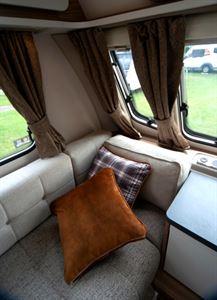 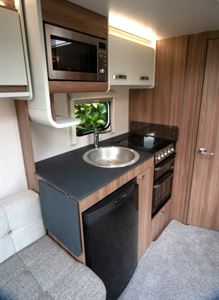 The Swift Group launches 10 new models for 2020. All these are eight-foot-wide caravans.

In the Sprite Super range, a rear transverse island bed model arrives. Four Challenger X models and four Eccles X models are revealed. And in the flagship Elegance Grande range a layout with an L-shaped lounge and rear island bed is announced.

Swift Basecamp continues to be a sales success; there are now more than 1,000 Basecamps on the road, Swift Group Commercial Director Nick Page told the audience of retailers and media at the company’s new-model launch event.

The iconic, sporty-image, two-berth which has won a Red Dot Design Award, in recognition of innovation, gets a structural change for 2020: the introduction of a timberless floor of the same type Swift uses for its flagship Elegance range. This is a sandwich floor construction with GRP inner and outer skins and a foam core. 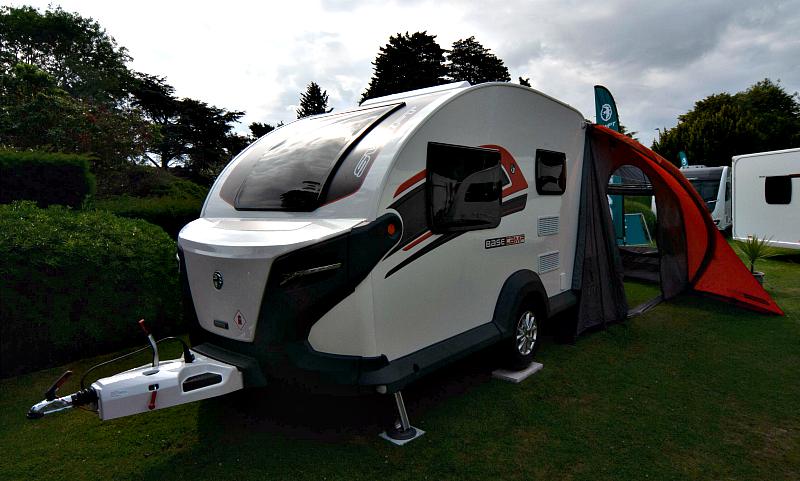 A new Basecamp model is due to be unveiled at the Motorhome and Caravan Show at the NEC (15-20 October), Nick Page announced.

Watch our Basecamp video series below! 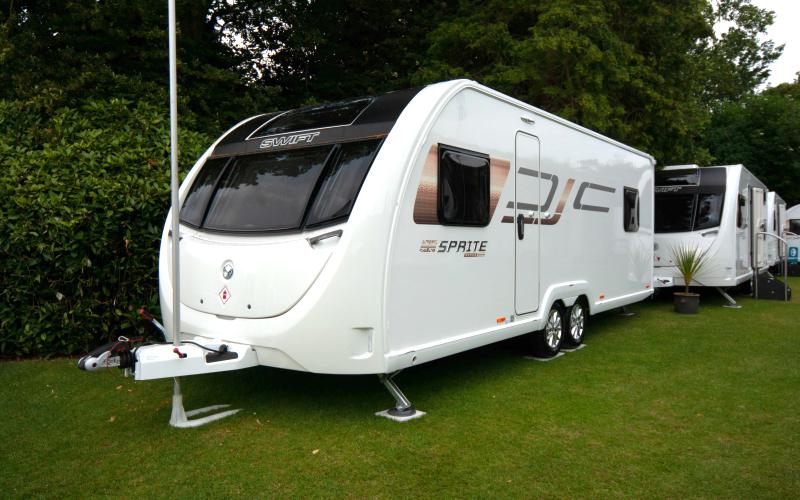 A new model is introduced to the eight-foot-wide, twin-axle Sprite Super Quattro range. This is the EB, with a rear bedroom, central shower room and parallel lounge seating.

The whole Sprite range, which includes eight standard-width (2.25 m) models, has a new fabric scheme. Shades of gold plus a tartan-inspired pattern define 2020 Sprites. Curtains are in dark gold shades. Cushions are covered in rich, deep gold velvet on one side, and grey and fawn tartan fabric on the reverse.

In fixed-bed models the headboards are covered in the same pale fawn fabrics as the lounge seating, with a top panel that matches the tartan fabric of the cushions. 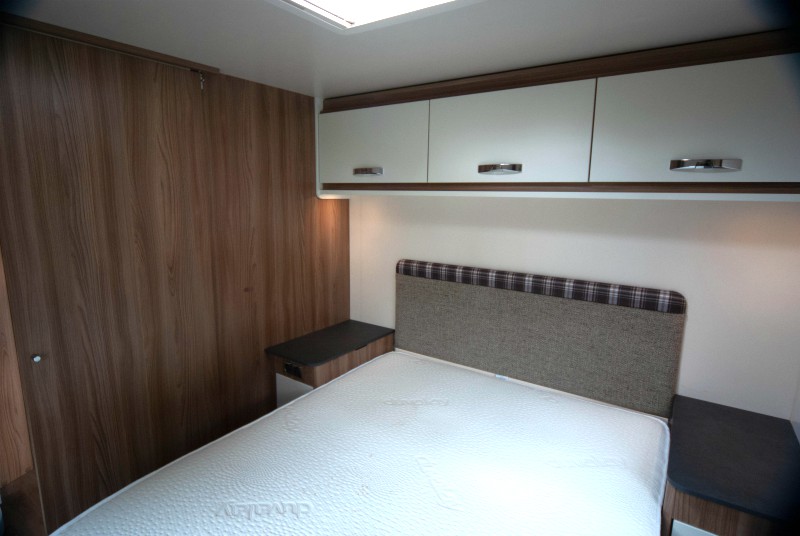 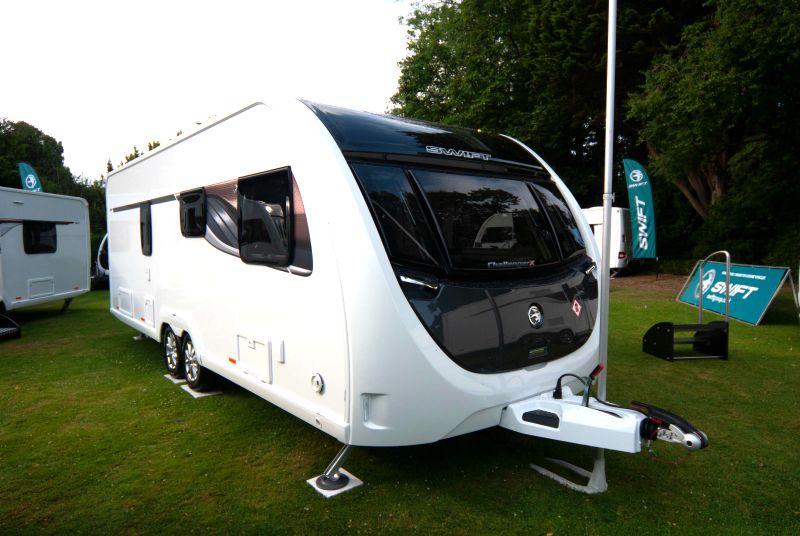 Two new Challenger and Eccles ranges have been announced, both eight-foot-wide and all four berths. There are four models in each range; two on single axles, and two on twin axles. The single-axle models are the 865, with twin beds and parallel lounge seating, and the 880 with a transverse island bed and full width rear washroom.

The twin-axle Challenger X and Eccles X models are the 835 and 850. The 835 models have a rear bedroom that has a transversely-aligned bed, and central wash facility, with a separate shower on one side and a washroom opposite. The 850 has an L-shaped lounge, a rear island bedroom and a central shower-wash facility. 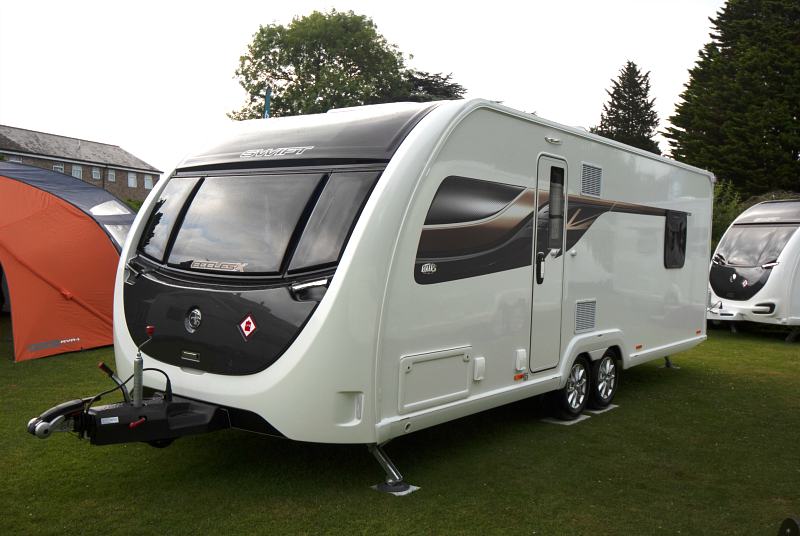 Challenger X and Eccles X models have new fridge-freezers with double-hinged doors that can be opened from the left or the right. These are the new, tall, slimline 147-litre capacity models made by Dometic.

In the Challenger range, rich aubergine velvet is a key ingredient of the fabric scheme.

Eccles colours are shades of gold and black. Diamond pattern fabric, in black and cream, features on the lower sections of the backrests and two of the cushions.

A new layout has been unveiled in the Elegance Grande range. This is the 850, which has a rear island bed, a central washroom and L-shaped lounge.

Both Elegance and Elegance Grande ranges continue to have timberless construction.

Thinking of buying your first caravan? Read our essential guide

Your First Caravan 2020 – from the team behind Caravan magazine – has been created especially for caravan beginners ... 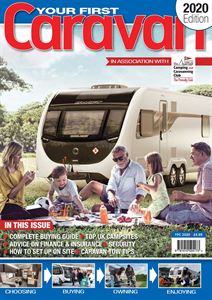 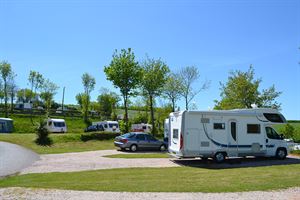 Motorhomes and caravans an ideal option for travelling workers

A recent survey by Auto-Trader has found that employees needing to travel for work are keen to look for ...

Swift Group to lay off 5% of workforce

The Swift Group – Britain’s largest manufacturer of motorhomes, caravans and campervans – has confirmed it ...

Join us at The Outdoor Motorhome & Campervan Show, taking place at the East of England Showground from July 31 to August 2, 2020, and you'll be able ... 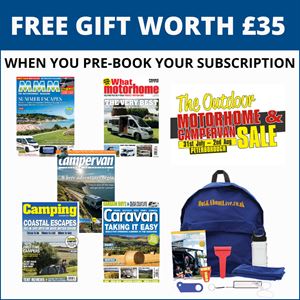